In this world, there are dogs. And also there are PCs. But dog PCs? “Ridiculous,” you say. But ladies and gentleman, I have seen the future of dog computing, and it is Dog PC. The PC for dogs.

What kind of company would produce such a PC for dogs? Tesla, naturally. Not, mind you, the Tesla that makes electric cars. The one that makes T-Pai, an intelligent doghouse built into a five foot model of a London-style double-decker bus (not the dude who really loves autotune). At the end of the day, Dog PC is fairly tame by comparison: 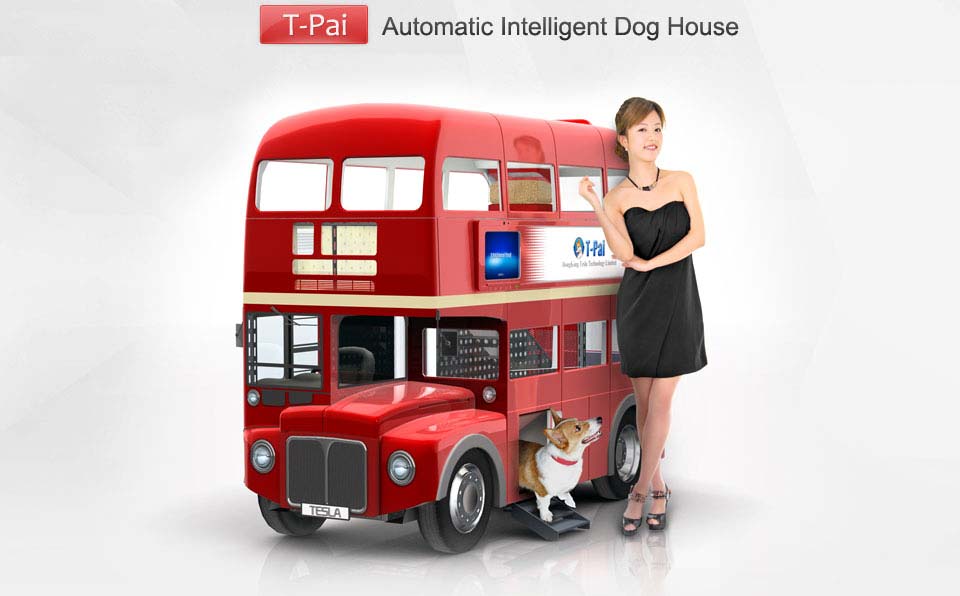 In some ways, the device isn’t really all that different from products like Petcube, which let customers feed and monitor their canines from afar. But in addition to built-in electronic food box, camera and speaker, Dog PC has a touchscreen designed to finally bring tablet gaming to the dog world.

The system currently has a trio of games, including a version of Fruit Ninja, which the dog can play with the swipe of a paw. The device is designed to engage and entertain pups who are home during the day, so they can pwn noobs while their owners are off at work.

The company plans to launch an Indiegogo campaign within the next six months, with Dog PC priced at between $400 and $500.