Today at Disrupt SF 2016, DraftKings CEO Jason Robins sat down with TechCrunch’s Fitz Tepper to talk about the future of the Fantasy sports site, launching a whole new mobile app from the stage.

Robins also confirmed that DraftKings is still in “on and off” talks to merge with FanDuel, its biggest competitor, and has been for “the past year and a half or so.” But “it’s very complicated to put two companies together,” noted Robins, “especially two companies in an industry that is so rapidly changing.” 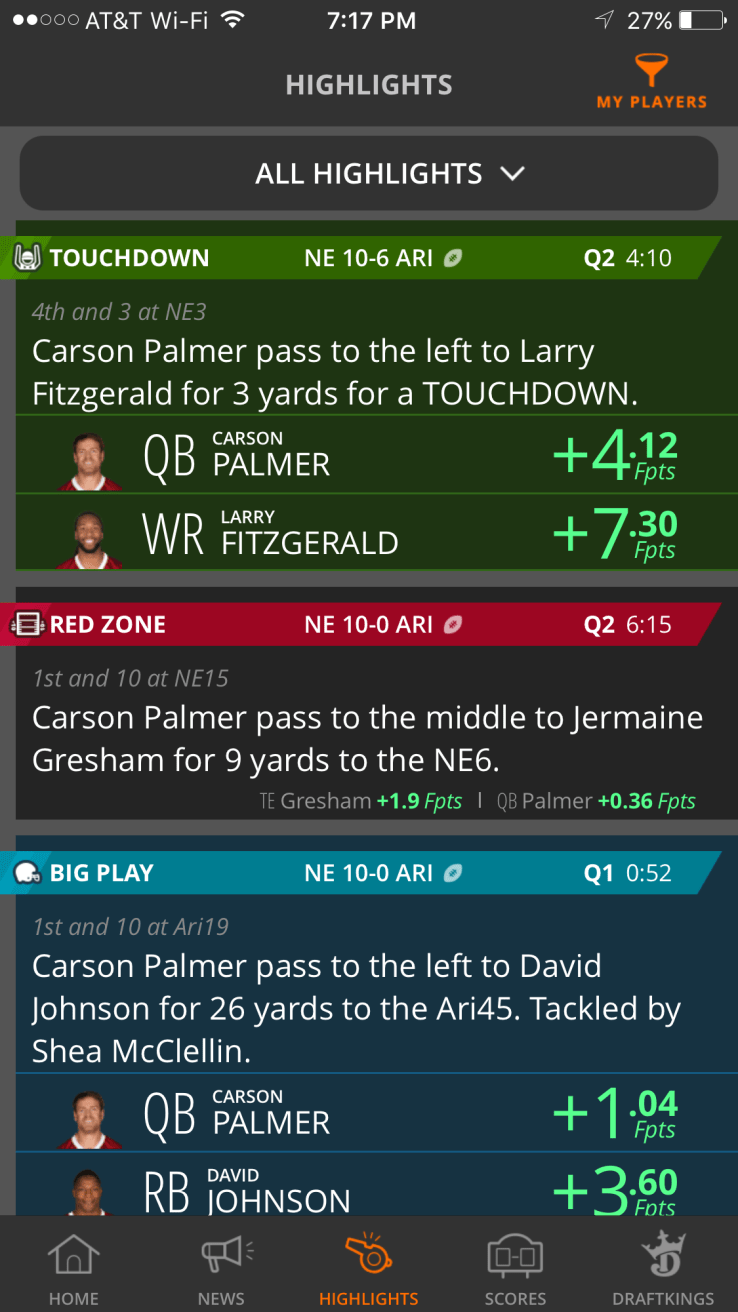 DraftKings’ new iOS app, DK Live, is a sports news aggregator that works in tandem with DraftKings’ fantasy platform. It focuses on showing you news related to the players you currently have on your team.

It’s a big step up from a service like ESPN that shows you fantasy news for all players in the entire league. It also shows you highlights only related to players that you’ve drafted, so you don’t have to manually sort through throngs of stats just looking for the ones related to your players.

In short, DraftKings has figured out how to use the unique data it has access to (what players are on your team at any given time) to create a custom experience for each users.

While right now most of the news is just aggregated from existing daily fantasy sports sites like Rotowire, DraftKings has big plans to add original content, including video.

As fantasy sports are typically played only once a week (at least for football), users are checking fantasy news and stats all week long — a habit that DraftKings is clearly trying to tap here. Launching DK Live is the first step to becoming a company that is able to own the entire lifecycle of a sports fan’s experience.

While the app only supports NFL fantasy games for now, the company eventually wants DK Live to become a news destination for all sports.

You can find DK Live on the iOS app store here. Meanwhile, we did a live demo of the app shortly after it was announced on stage:

Live with DraftKings demoing their new DK Live app for the first time!

Posted by TechCrunch on Monday, September 12, 2016