There are just about 1,000 Fisker Karma luxury cars on the road today. The vehicle was a hit amongst design-obsessed luxury car owners when it was introduced in 2012, but the average person’s main interactions with the brand (okay, possibly just my own) may have been related to Justin Bieber’s misadventures jetting about in his custom chrome version back in 2013.

Much like Mr. Bieber, who had a generally rough 2013 leading to his 2014 arrest, Fisker too was living a bit too large back in 2013 and applied for chapter 11 bankruptcy before its assets were sold in 2014 to the Chinese multinational Wanxiang Group for $149.2 million. At that point there were just 22 employees left at Fisker, many continuing to work without pay, all for the hope of salvaging the design for the dream car and one day coming back with a vengeance.

From the ashes of Fisker has arisen a rebranded company named Karma, with the $130k 2017 Revero serving as its six-figure Messiah. 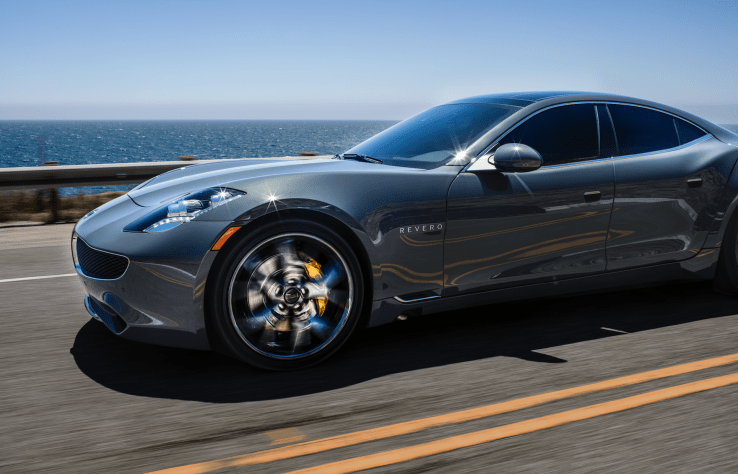 During an official press launch event today down in Orange County, I was left entirely speechless as one of the main company executives began crying at the start of his PowerPoint presentation when he talked about what the car meant to him personally. In a world of tech reporting where Silicon Valley’s Gavin Belson often seems less a parody than a mirror, this display felt disarmingly genuine and representative of the entrepreneurial sacrifice endured by the small team (which has grown back to nearly 1,000 employees) that has spent the last four years rebuilding and recrafting a new brand and identity for the Fisker Karma.

Though the Karma Revero itself may fit the mold of the future-conscious electric hybrid bent on ushering in a new era of car connectivity, luxury and design are undoubtedly the more dominant genes in its DNA. The company spent a good deal of its time today with the audience of seasoned auto reporters and, alternatively, myself, dissecting exactly what the buyer of its $130k Revero looked like.

Karma executives admitted that this vehicle did not have universal appeal by any means, and furthermore that the total consumer market they were targeting was perhaps only 200-300 thousand people in size. These owners are people with at least a couple other luxury cars in their garage who want a car that turns heads while being a blast to drive. The execs spent a good deal of time in its presentation alluding to how the 2012 Fisker Karma, like a beautiful woman, was timeless and needed only new dressings and jewelry to attract the gazes of its (primarily male) buyers. This didn’t stop throughout the presentation as title slides showing off new UI bells and whistles were actually labeled things like “new jewelry.” The comparisons from the fleet of male executives seemed a bit tone deaf, but to be fair, at one point an exec also compared the vehicle to Brad Pitt so maybe they all just really want to bang this car.

All-in-all it really still is a stunning design.

On the more technical side, this vehicle has a 260-horsepower, turbocharged four-cylinder engine from GM and boast a 21.4 kWh battery that gives the electric hybrid about 50 miles of range. The most significant spec improvement from a performance standpoint seems to be its Sport Mode 0-60 time, which has dropped a second to 5.4 seconds.

For Revero buyers, the electric hybrid seems more about embracing trends in connectivity and efficiency without having to dive head-first into the cult of Tesla in what luxury buyers might see more as a political statement than a personal statement.

Karma Chief Revenue Officer Jim Taylor described the very conscientious moves to stress the image of the Revero as a relaxed driving car over being a technical device. He described how many Fisker owners saw the Tesla as “an iPad on wheels,” and prioritized choosing a vehicle with the feel of a supercar alongside some hybrid benefits, rather than the other way around. 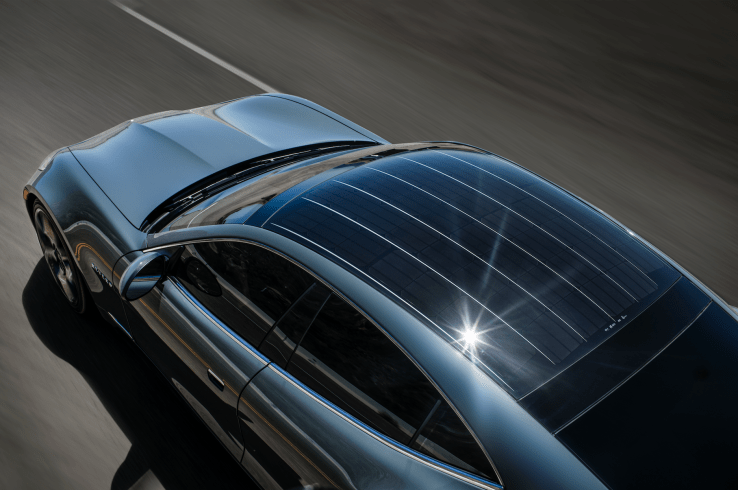 The Revero’s status as an electric hybrid largely seems to be merely an added perk to owners, attaching an image of innovation to the vehicle’s much more important signature luxury design.

Case in point is the Revero’s solar roof panel, which, for all its prettiness is much more about the image it conjures than the performance it brings. The solar roof is capable of adding up to 1.5 miles of drive distance to the battery, which frankly isn’t a ton considering the fanfare directed towards the feature. 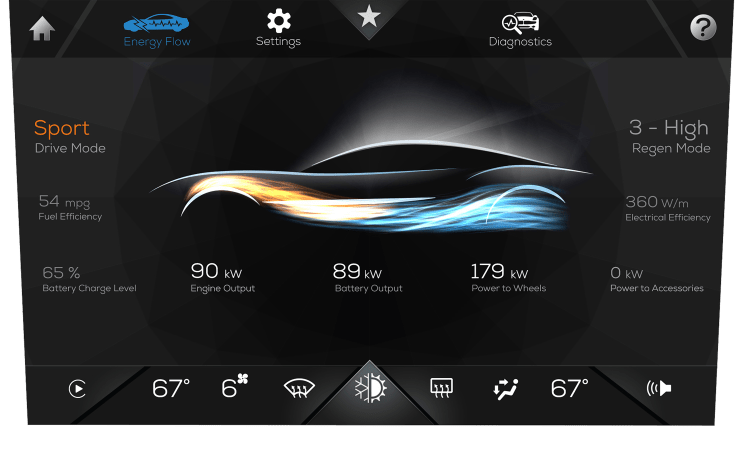 Karma has gone to greater lengths to ensure that the connectivity of the car adheres more to the lifestyle of its owners. The vehicle will have CarPlay integration at launch with Android Auto support coming later. The dashboard “infotainment” UI has been completely revamped based on a design drawing influence from diamonds and stuff in a package that is much more responsive and snappy than the 2012 Fisker Karma’s sluggish central display. Over-the-air updates will deliver upgrades to the infotainment system as well as the overall vehicle firmware.

All of these features ultimately unite to create a car that doesn’t appear to be a radical upgrade from the 2012 Fisker Karma, but is instead more of a declaration of Karma’s renewed staying power as a luxury car brand under new ownership.

Notably, the company seems to have legitimately no idea when this car will be ready to ship, saying that they’re taking their time to perfect the vehicle. Nevertheless, the company is currently taking pre-orders for the vehicle.