Facebook Moments, the company’s private photo-sharing application which took the place of mobile photo sync late last year, is now expanding beyond the confines of your mobile phone and your personal network. While previously, the app allowed you to share your photos with select Facebook friends, the new version allows you to share a web link to your private album with anyone – even those you’re not connected with on the social network. They can then join the album, and proceed to add their own photos.

This makes Moments more useful at larger events where not everyone may be connected on Facebook, such as baby showers, weddings, parties, and more.

To access the new feature, you can either pull up one of your existing moments (aka albums) or create a new one, then click on the three dots at the bottom-right of the screen. Here, you’ll see the new options to “Share Link” which gives you a URL you can send over email, messaging, or through any other means you prefer. 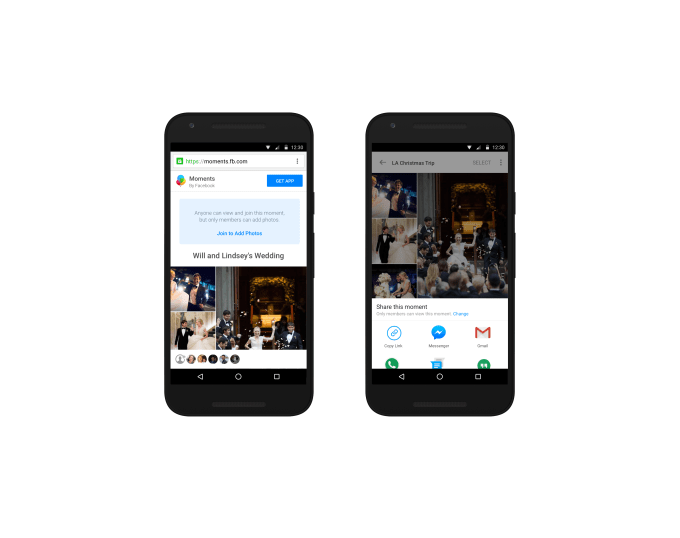 This web support follows a move by Google Photos earlier this spring which added improvements to shared albums – notably, the ability for users to add their own photos to a shared album they received from a friend, as well as support for commenting. Facebook Moments, meanwhile, was still limited to private photo-sharing among Facebook friends at the time.

The upgraded Moments application is rolling out another new feature, as well: support for full-resolution photos. While the app already will host all your photos for free, it wasn’t a true photo backup service as it would optimize those photos for mobile use. 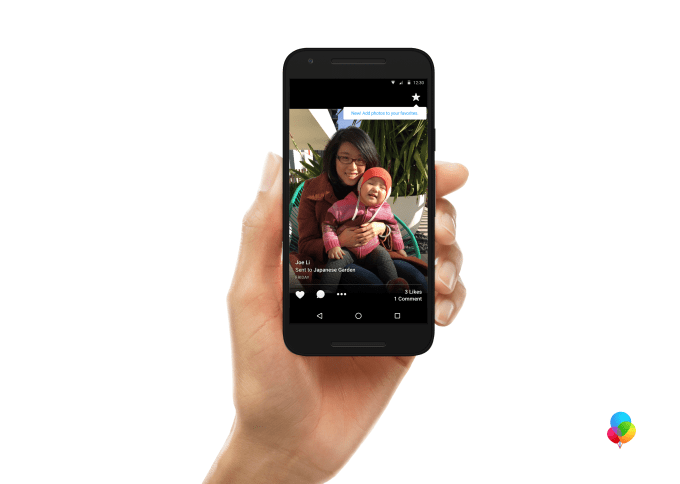 That changes a bit with the addition of a new “Favorites” tab in Moments. When you add a photo to your Favorites by clicking the star at the top-right corner within 30 days of uploading them or receiving them, it will then be saved in Moments in full resolution. There’s no limit on the number of photos you can favorite either, notes Facebook.

This again, seems a direct response to Google Photos, which launched with free, unlimited photo storage plus the option to choose a different plan where you can save full-res photos to your Google Storage. The difference is that Google Photos requires you to pay for the additional storage you need beyond the 15 GB it offers for free, which is also shared across Google Drive and Gmail.

Facebook, instead, is requiring you pick-and-choose which photos deserve to be saved in full-res – likely knowing that the manual labor involved with starring each photo will cut down on people uploading entire albums at the original resolution. Of course, Moments is still not an alternative to a full photo backup service, but it could be a cheaper option than Google Photos if you’re one of those people who is already close to maxing out your free storage, due to heavy Gmail or Google Drive use.

The updated app is live on the iTunes App Store and Google Play.