Poor Qualcomm. Always the reference design, never the retail unit. It’s like being the guy behind the guy, the comedian’s comedian, the power behind the product that doesn’t get to reap the pomp and circumstance of retail displays and big and flashy press conferences.

The San Diego-based company did kick off IFA a few days back with its own event, but coverage got buried under an ocean of announcements from the likes of Samsung and Sony. Tell people a company’s got an intriguing new take on VR and they sit up and listen. Tell them that it’s never destined to come to market, and it’s all blank stares again.

But that’s just the fate of the reference designer. Third-party manufacturers have apparently been waiting with bated breath to get their hands on the thing, and we can expect to see their branded takes on the headset start arriving early next year. But there are still plenty of questions — not the least of which is whether there’s sufficient space for such a device.

The issue isn’t the fact that there are already a number of VR experiences competing for a relatively small slice of the market (though that is, indeed, an issue), so much as the question of whether there’s space for a standalone device, one that doesn’t need a PC or a smartphone. The appeal of such a product seems clear, until you realize that it can’t compete with the processing power of a PC or the price point of a Gear VR (or, for that matter, Google Cardboard). 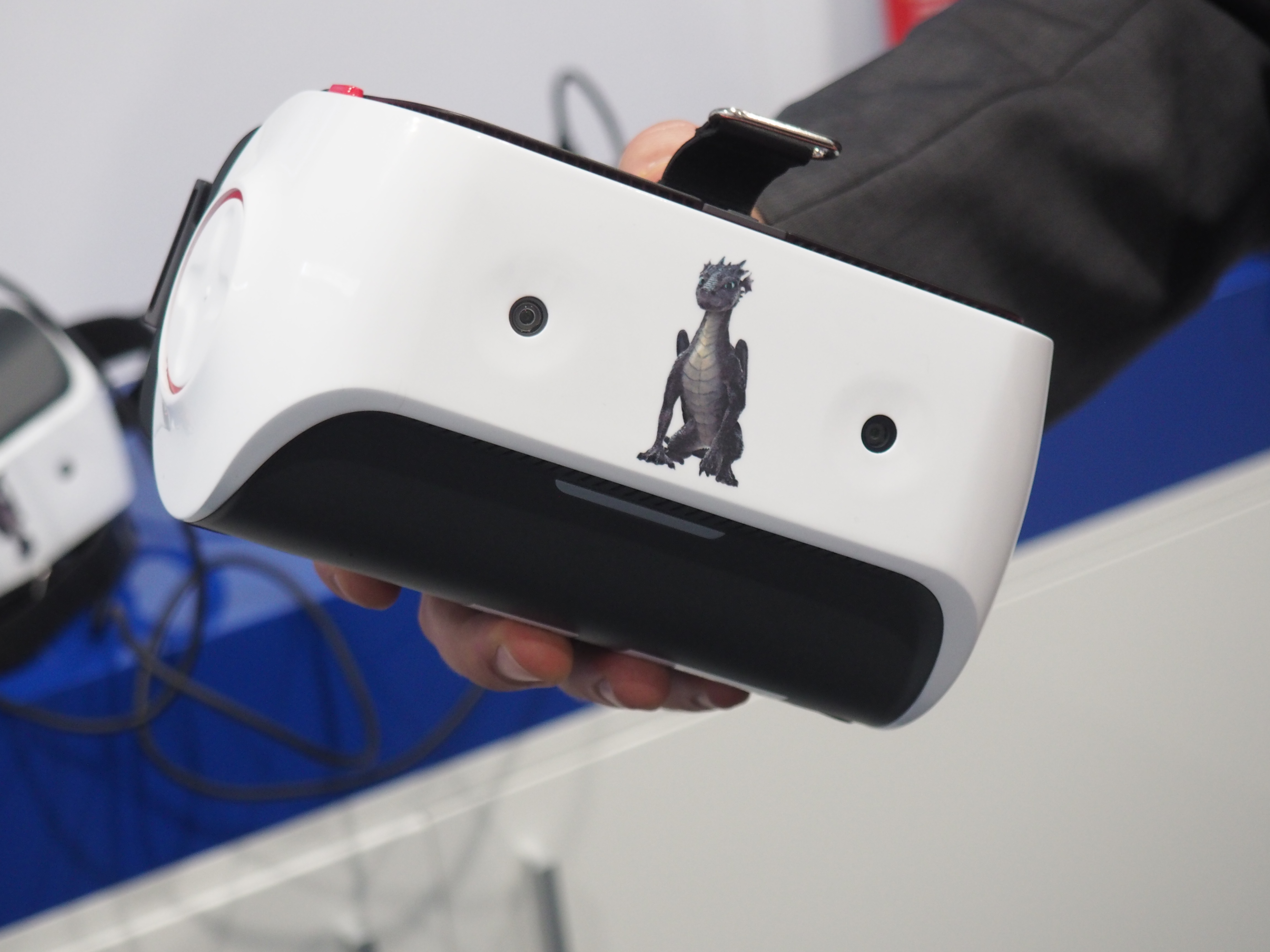 Alcatel’s new headset poses similar questions, but the Vision isn’t bringing much to the fight, aside from the fact that it will actually be available to purchase in a timely fashion. Qualcomm’s design, on the other hand, offers some really intriguing baked-in functionality. At the top of the list is a four-camera tracking system — two track the eyes and two offer positional tracking.

The in-house demos were pretty rudimental, all told — that’s kind of the thing with in-house demos. But while they don’t do much in the way of demonstrating the system’s full potential, they do offer compelling proof of concept, like the simple octopus demo, in which a lonely cephalopod floats in a blue sea, its eyes tracking your every movement. Walking around the room, you can take it in from all angles, including from below (read: octo-butt). 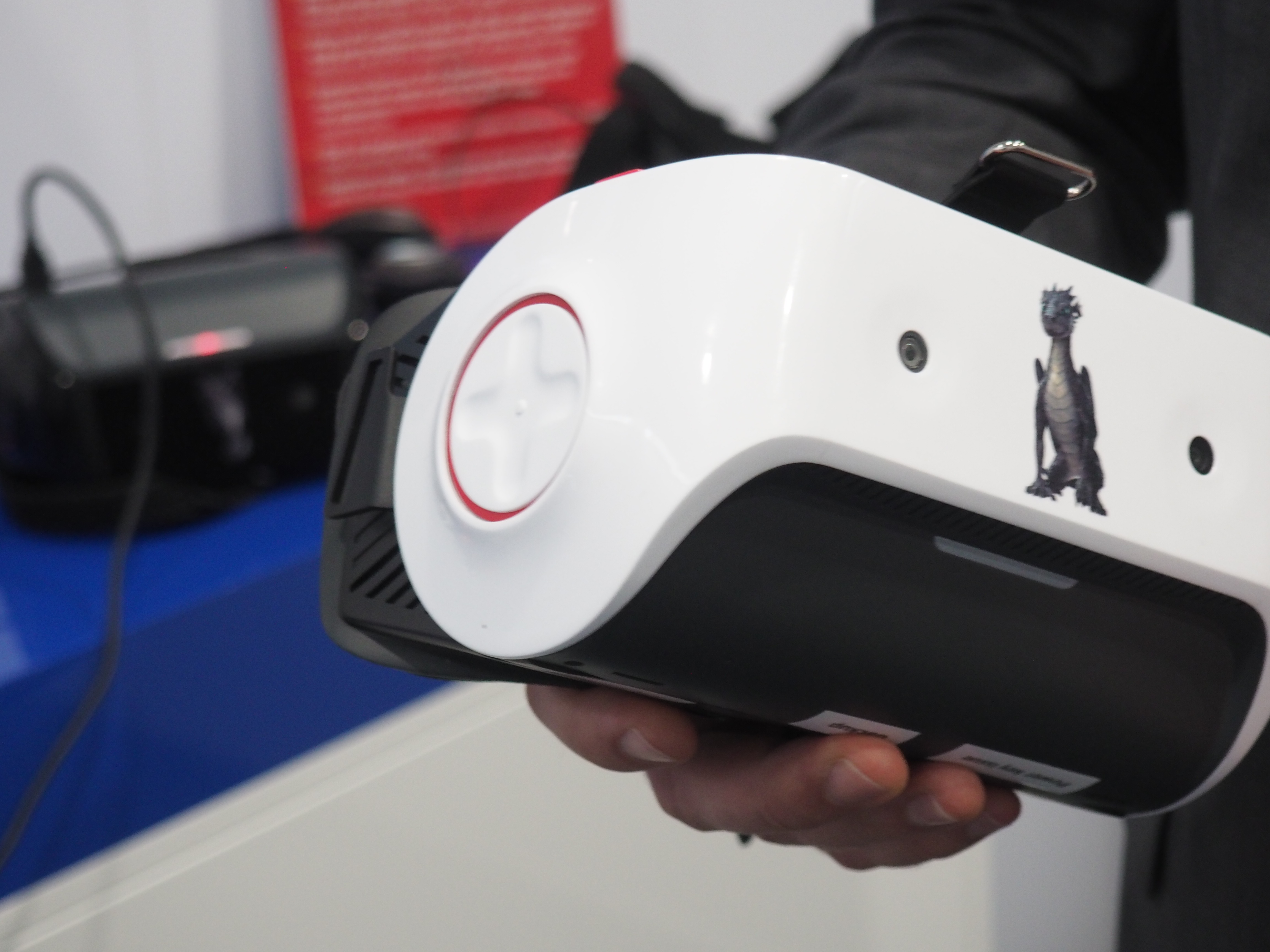 A demo with an inquisitive dragon, on the other hand, does a good job of better expressing the graphic potential. The system does 1440×1440 per eye at up to 70 frames per second. Which is really quite good for a product like this, particularly given the fact that the processing power will ultimately be on-par with what you get from a handset running a Snapdragon 820.

The price point is expected to be around that of “a high-end tablet,” according to the company, which puts it well above what Samsung is asking for its latest headset (until, of course, you add in the price of a phone). The success of the product will ultimately be in the hands of retail manufacturers, largely dependent on what they do with design and content. Either way, poor little Qualcomm is bound to sell a lot of chips, which is what reference designing is all about.