HTC is continuing to invest heavily in building up the virtual reality ecosystem that it hopes to one day dominate.

Steel Wool Studios, an Oakland-based gaming studio made up of Pixar veterans with a few decades of animation experience under their belts, announced today that it has closed a $5 million round of Series A funding coming entirely from HTC, the manufacturer of the Vive virtual reality headset.

In the past six months, HTC has launched a number of initiatives aimed at fostering investments in the virtual reality space. Back in April, the company dedicated $100 million to its Vive X accelerator program which is making small early stage investments in VR hardware and content companies that contribute to the health of the overall ecosystem.

The company was also at the forefront of efforts to create the VR Venture Capital Alliance, an assembly of 36 investment groups with upwards of $12 billion in deployable capital open to accelerating the growth of virtual reality companies. This group includes a number of heavy hitters in the VC community like Sequoia Capital, Redpoint Ventures and Lightspeed Venture Partners.

Seeing the rise of a sustainable VR industry is a matter of life and death for the Taiwanese consumer electronics company maker which has watched its mobile handset business crumble over the past few years and is looking to pivot to become the leading force in what it believes will be the next platform shift.

This round marks one of HTC’s largest single investments in a VR company to date, and speaks to the company’s enthusiasm in what the folks at Steel Wool Studios are creating.

“The Steel Wool Studios team carries an impressive pedigree of creative talent that has already proven its ability to build cutting-edge content for the nascent VR category,” said Cher Wang, CEO at HTC Corporation. “Taking a look at Mars Odyssey and Steel Wool’s other projects under development, it’s immediately clear that this studio will drive VR adoption with great content that balances amazing visual fidelity with strong storytelling.”

Steel Wool Studios has long had a special relationship with HTC and the Vive platform. The studio began with a focus on mobile gaming, but after the founders visited the Valve HQ in 2014 and began playing around the earliest developer prototypes of the Vive headset, the company quickly pivoted to building virtual reality content. The studio released an action strategy title, Quar: Battle for Gate 18, alongside the launch of the headset in April.

“After earning our stripes with Quar, we went all-in on creating content for VR, a medium we’ve been waiting for our whole lives,” said Andrew Dayton, a co-founder at Steel Wool Studios. 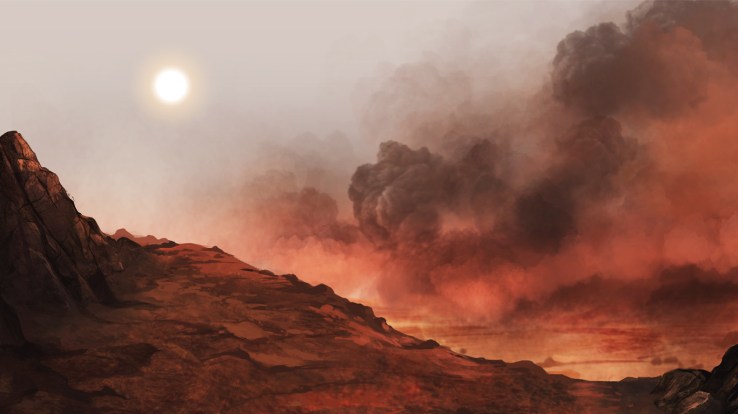 I had a chance to get lost on the surface of Mars in an early demo of Mars Odyssey, which will be launching in the Steam store on September 9, as well as another unannounced title, and its clear that Steel Wool Studios is obsessed with bringing immersive storytelling into every experience it builds.

The founders assured me that the investment from HTC doesn’t mean that Steel Wool Studios’ content will be locked onto the company’s platform in any way, and that they’ll continue to develop for other virtual reality platforms like the Oculus Rift and the upcoming PlayStation VR headset system.

This funding will give the company more freedom to expand its other VR efforts, which include more narrative-driven experiences in addition to gaming content.