Wheelys Café just raised a large chunk of equity funding on Swedish crowdfunding platform FundedByMe to expand to more countries and pour gas on its already explosive growth around the world. The young company has had an illustrious history already, with a stint in Y Combinator, a successful Indiegogo campaign and now a vastly overfunded equity crowdfunding campaign.

“I was looking for a job but was refused,” the company’s CEO and co-founder Maria De La Croix told me in an interview earlier this month. She theorizes that her difficulty in finding employment was connected to her unconventional hairstyle — it was bright blue at the time. “So I said Fuck it, I’ll start a company myself. The plan wasn’t really to go global right away, but we suddenly had customers in Jordan and Chile and decided it was time to think big.” 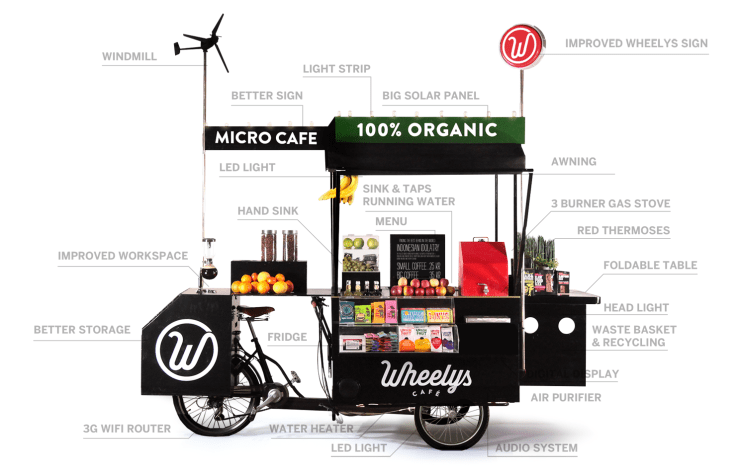 Wheelys Café’s most recent version of its bike cafe has everything, including bells and whistles

The idea was a fully organic bicycle café, starting with a single outlet in De La Croix’s native Malmö, Sweden. It sold what she refers to as “a shitload of coffee,” which made her realize that perhaps other people should get involved, too.

“I still make coffee at the bikes every now and again,” De La Croix grins, admitting that she does occasionally miss pulling lattes, before pointing out that she’s too busy with more CEO-y things these days. She drily points out: “I loved running a cafe, but my new job is fun, too.”

The company launched an Indiegogo campaign entitled A café in a bike. Deal with it., raised its first $150,000 and discovered it was selling its bikes for less money than it cost them to produce and ship them. It did, however, show that there was an appetite out there in the market for what it was doing; soon after, Wheelys found itself at Y Combinator to plot its future. 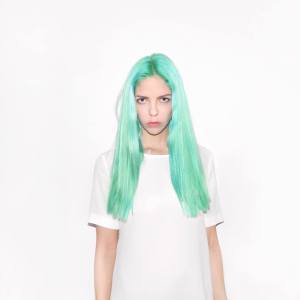 The company’s co-founder and CEO, Maria De La Croix, presumably photographed before her first cup of coffee in the morning

“The idea is simple,” De La Croix says, “It’s a bike, so you can set it up anywhere. The starting cost is low, so it’s quick and easy to set up a cafe.”

The model seems to be working. A new bike costs $5,400 plus a $199 per month subscription with a one-year tie-in. There are more than 500 Wheelys Cafés out there so far, in 65 countries. The company has also figured out its mass production challenges, enabling it to expand a lot quicker than before.

“I wasn’t 100% sure it would work, but seeing it worked so well, I decided to expand. There wasn’t really a plan to go international. But suddenly we had customers in Jordan and Chile, we realized there was a much bigger option.” says De La Croix 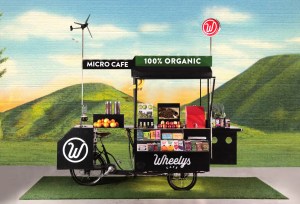 Taking on Starbucks, one cup at a time

Next, the company is launching an app that will make it easy for customers to find their nearest Wheelys (they are moving targets, after all) and to pre-order from the café before they run over to get their jolt of java.

The company’s equity crowdfunding campaign secured more than €740,000 from 167 investors, which, at 410 percent funded, breaks FundedByMe’s record for most overfunded campaign.

EDIT: It turns out that the campaign did raise almost $1m worth of funding, but that the company turned down a lot of the investment, accepting around a third — $350k of the money.

“The campaign was mainly meant as a way to allow our café owners the chance to invest,” Maria De La Croix told me in an e-mail, clarifying the company’s position, “The campaign became oversubscribed so quickly that we decided to close it down, mere days after the launch.”