Startup food delivery businesses may have spoiled globally, but investors in Latin America think at least one startup has a fresh take on the industry.

The Brazilian on-demand food delivery company, iFood has picked up $30 million in new financing to expand regionally and solidify its grip over the online food delivery markets South of the US border.

While Olympic athletes are going for the gold in Brazil, iFood is hoping to reach the top spot on the podium of food-delivery startups with its new money.

It’s the continuation of a very tangled web of connections between the three companies. Earlier this year, iFood acquired Just Eat’s Brazilian operations Hellofood Brazil, and will use part of this new cash infusion to expand into Mexico by acquiring Just Eat’s Mexican business, SinDelantal.

Movile has a 60% controlling stake of iFood, while the British food delivery giant Just Eat is a global player in online takeout ordering, and owns a 30% stake in iFood, according to previous reports in TechCrunch.

SinDelantal, Mexico’s largest food delivery service, was bought by JUST EAT in February 2015, and the Mexican company got another boost from JUST EAT when it merged the operations of its recent hellofood Mexico acquisition into the company in February 2016.

With the new deal, iFood is taking a 49% stake in SinDelantal, and the business will become a joint venture between iFood and its 30% backer, JUST EAT. The price of the acquisition was not disclosed. 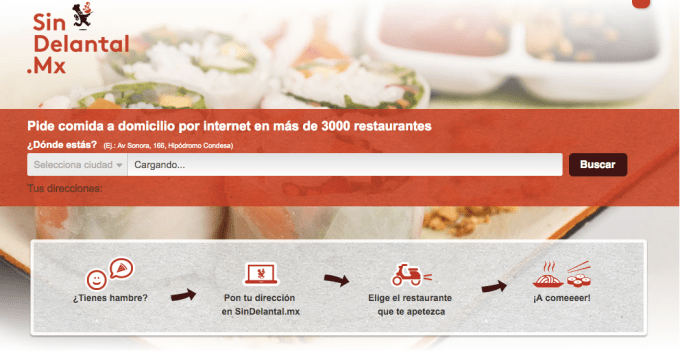 “At iFood we are constantly thinking about our mobile experience. We want to be the best and easiest way to order food from your phone”, explained Felipe Fioravante, CEO and cofounder of iFood. “Movile’s mobile expertise has been essential in creating our world-class experience which we are always improving.”

This new investment in a Latin American food startup serves as a counter point to a global market that has not been willing to place more orders with the food-delivery industry.

Consolidation and capital destruction have been the orders of the day globally, with JUST EAT and iFood coming out as beneficiaries. In the U.S. SpoonRocket shut down (its assets were sold to iFood). And in Europe Rocket Internet sold its food delivery businesses to JUST EAT.

In emerging markets the situation has been even worse. India has been hit especially hard, as a recent report from Bloomberg indicates:

Venture capital is drying up and startups are disappearing. TinyOwl, a pioneering Mumbai-based food-delivery app that raised $23 million from investors including Sequoia Capital, has run through most of its money and will merge with a smaller delivery firm, Runnr. PepperTap, a grocery service backed by Sequoia and Snapdeal.com, shut down in April, following the closure last year of Dazo, a startup with financing from executives at Google and Amazon. Even the country’s only food tech unicorn, Gurgaon-based Zomato, saw its billion-dollar valuation slashed in half this month by analysts at HSBC Securities and Capital Markets (India).

Business in Brazil and Mexico especially tell a different story.

Since launching five years ago, iFood has signed deals with over 10,000 partner restaurants to its and is racking up roughly 1.7 million deliveries each month.

“It was a natural decision to work with iFood in Mexico after seeing the success in Brazil,” said David Buttress, the chief executive of JUST EAT, in a statement. “iFood has an intimate understanding of the local markets as well as expertise in executing on mobile. It’s a winning combination that we’re looking forward to expanding on.” 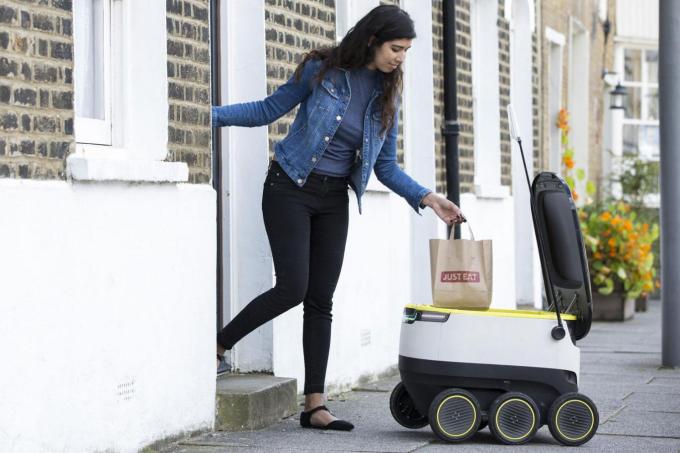 Beyond that intimate knowledge are some surprising numbers about growth for technology and services businesses across Latin America that could be a factor in the big bet JUST EAT and Movile are making on the market.

In language that’s about as dry as dirt, the World Bank actually gave the country a pretty glowing assessment for its financial prospects in the medium term.

According to the bank:

Sustained macroeconomic, price and financial stability as well as continued investor confidence will contribute to a rebalancing of the sources of growth with increasing (net) exports and private sector investments complementing the steady expansion of private consumption. Further progress in the implementation of structural reforms in the financial, telecommunications and energy sector is expected to strengthen the basis for a more vigorous expansion of economic activity over the medium term.

For the World Bank that’s like a 3.5 star review. What’s equally compelling is the share of the economy that’s going to e-commerce despite retrenchment in other sectors (a trend that’s happening across many emerging markets).

In Latin America the dramatic smartphone adoption across the region and dominant usage rates on social media like WhatsApp and Facebook (with only half of the region’s population online, Latin Americans make up 38% of WhatsApp’s user base and 20% of the Facebook user base), point to a population that’s waking up to social media.

At the same time, US tech companies are waking up to the promise of  the region. PayPal recently partnered with Mexican telco giant América Móvil to launch a mobile wallet platform.

America Móvil, which has almost 300 million subscribers in 18 countries, or close to 3X AT&T’s audience, also cut a strategic deal with Uber that includes a portion of Uber’s LTV (lifetime value), underscoring the central role of mobile for the region

And eCommerce is a standout across the region. Throughout Latin America e-commerce grew 23% in 2015, faster than any market but China, and it grew 40% in Argentina, which has been wracked by economic turmoil for years. Consider that number in the context of a credit card penetration of about 15% and roughly half of the population being unbanked and it paints a picture of a region with an appetite for all kinds of digital solutions.

These are all trends that bode well for iFood’s continued success. And show the power of digital businesses even in markets where macro-economic pictures look far less rosy.