One of these days we’re going to see aircraft go electric, just as cars are — but not for a while. In the meantime, we can’t slack off when it comes to the research that will make it possible. NASA has announced five research projects that may help make planes more efficient and green.

It’s part of the organization’s Transformative Aeronautics Concepts Program, which has dozens of such internal projects aimed at improving or (as the name suggests) transforming aviation. These five were picked from a series of pitches made to the TACP team, Startup Battlefield style (or close, anyway), and awarded 2 years of funding at $2 million per year.

The thing preventing electric aircraft from taking off, so to speak, boils down to a lack of energy: even the best batteries can’t store nearly as much power as an equivalent volume of jet fuel. We can make better use of the energy we can store by making aircraft lighter and their propulsion more efficient, but ultimately the batteries themselves need to get better.

One project is aimed at accomplishing that last goal with the creation of Lithium-Air batteries, which use oxygen as the active electron carrier, sucking it in when they’re being discharged and expelling it when charging. Li-Air batteries could theoretically achieve fossil fuel-like energy density, but there are serious technical challenges — ones the NASA team will be looking at.

Replacing the battery with a fuel cell is another option; one project is looking into the possibility of a super-efficient cell that would combine oxygen from the air with the hydrogen from jet fuel to produce electricity, then use the exhaust to drive a turbine. It would still be using fossil fuels, but it would be extracting more energy from them and doing it in a much cleaner way.

The electric engine being driven by that energy could also be more efficient; 3D printing might be a solution. Improved additive manufacturing techniques may enable smaller, more power-dense motors — or if not, at least make them lighter. 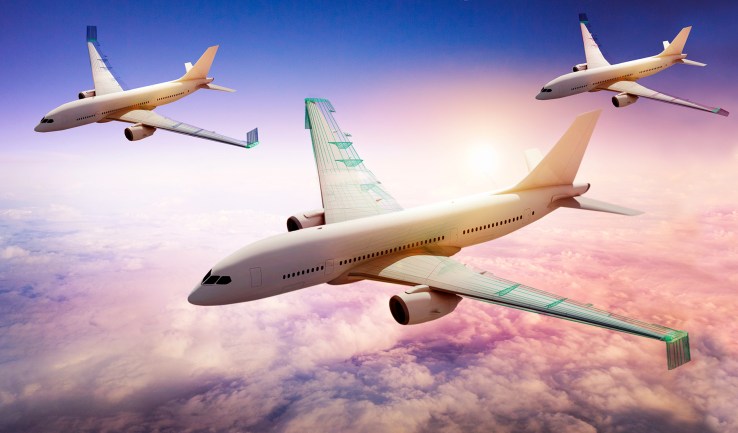 Another way to save weight is to lose some off the body of the plane itself. The vertical tail fin is used to center the plane, but it also adds drag. NASA is looking into the possibility of using adjustable winglets that can serve as stabilizers during take-off and landing, but flatten out for better aerodynamics during flight. This would reduce the need for a large tail fin, so the plane could be both lighter and present a lower profile.

The last project isn’t quite green, but it’s still interesting. Unmanned aerial vehicles currently need to be operated within radio line of sight; satellite tracking would be better, but the antennas required are bulky. Researchers are investigating the possibility of an aerogel-based antenna that conforms closely to the contours of the aircraft yet enables transmission and receiving in multiple directions.

NASA doesn’t expect all or even any of the projects to bear fruit — “Is failure an option? It depends on your definition of failure,” said the TACP manager, Doug Rohn, in the news release. Really, the point isn’t to make the things described above, but to determine whether they realistically can be made, and the answer may well be no — at least for now.