Connected bikes could be huge assets to the future of urban transit, especially as cities and cars grow more connected, too. But smart cycles can be very expensive, and cyclists also tend to be very particular about, and attached to, their bikes. Shoka’s new Shoka Bell is an accessory that adds a heavy helping of intelligence to your bike without requiring the purchase of an entirely new one — and it even lays the groundwork for communicating with the smart cities and smart motor vehicles of the future.

The Shoka Bell, which is already fully funded on Kickstarter, has a built-in navigation system, a front light, a proximity based motion alarm and yes — a bell. The unit is about the size of an old, somewhat bulky Nokia flip phone, and attaches to any standard bike handlebars via a standard clamp. The internal battery will keep it running for up to 200 hours, and it turns on and off automatically when you start and finish your ride in order to make the most of its onboard powerhouse. 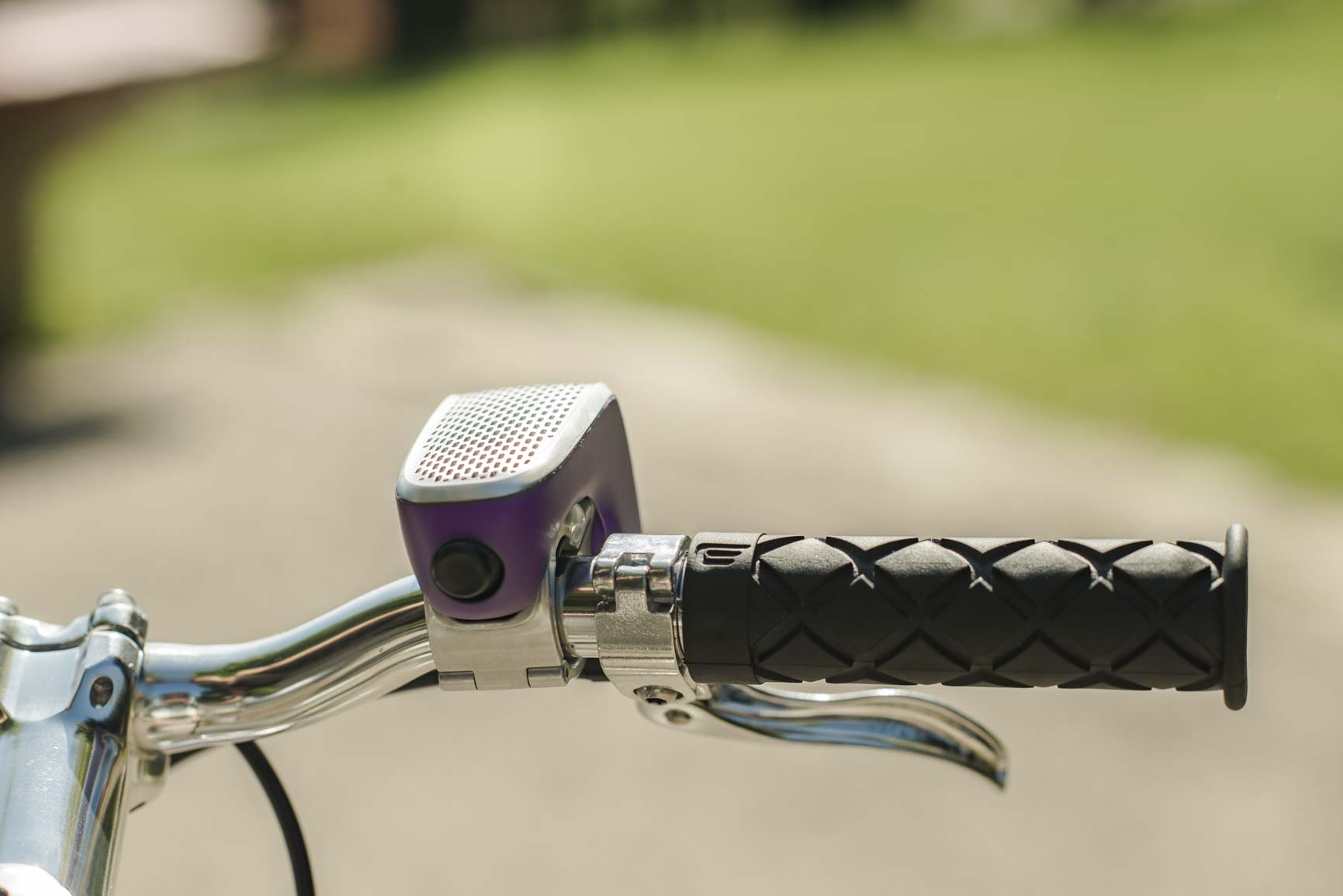 But Shoka Bell is a bell by name, and indeed, it has a number of bell-related features. A hardware joystick controller on the back lets you activate one of eight customizable sounds, so that you can use a different bell tone for cars and for pedestrians, or even play a pre-recorded message of your own creation — useful for keeping some recorded swears on hand for easy blasting when you get cut off by a taxi in the bike lane.

Beyond the bell, Shoka has navigation built-in, which works with the app to provide alerts about upcoming turns, as well as real-time updates to help you avoid busy intersections, and even notifications about nearby friends so you can join up to form a critical mass.

Anti-theft features include a motion sensor that’s built into the clamp, not the Shoka Bell’s main unit, which means that if someone tries to swipe your bike it’ll set off a loud alarm that will ring your Bell even if it’s in your pocket up to 250 meters (820 feet) away.

The hardware pairs with Shoka’s existing bike trip tracking app, but on the software side a more interesting feature is one planned for the future: a developer program to help connected cars detect and communicate with Shoka Bell, which could help with future obstacle avoidance systems and ultimately decrease accidents.

Shoka Bell is looking to ship its first units to backers in March of next year, with backer reward units currently available starting at $99. The Hungary-based startup also has backing from Ruvento, a hardware VC based in Singapore.