Nestled in a valley between the two tailing ends of the Appalachian foothills, the southern city of Birmingham, Ala. seems an unlikely base of operations for a rival to San Francisco’s multi-billion dollar food delivery behemoth Instacart.

But the two-year-old startup Shipt is doing exactly that, tackling not only its far better funded San Francisco-based rival, but the twin juggernauts of Amazon and Google in the fresh food delivery market.

Financing Shipt’s latest $20 million round, which will help the company expand in the food delivery space, are Greycroft Partners, e.ventures, and the company’s seed investor Harbert Venture Partners.

The father of two, with a newborn just arriving in the house in 2014, Smith said the idea for Shipt came to him while he and his wife were dealing with the increasingly cumbersome logistics of their own household.

Smith says he hadn’t heard of Instacart when he launched his own fledgling service.

Smith, who never went to college, started his first business selling handsets as an authorized T-Mobile agent after high school. From there he graduated to a number of ventures, most recently selling a prepaid card services business (Insight Card Services) to GreenDot in 2014.

That money gave Smith the flexibility to finance his nascent food delivery business.

From its 1,000-person roots, growing initially through word-of-mouth, the company has expanded to service 27 metro areas in nine states.

It was word-of-mouth that first brought Shipt to the attention of Ian Sigalow, the co-founder and partner at Greycroft.

“I’m on the board of a company in Tampa… and we went to a board dinner… and the wife of the CEO was raving about this company,” Sigalow told me. That rave review piqued his interest and Greycroft started the due diligence process.

Initially, Greycroft held back, because while the company was “scaling through the roof”, according to Sigalow, the unit economics were not great. As time progressed, those numbers improved to the point where not only was Greycroft willing to invest, the venture capital firm was willing to cut a check to lead the largest series A venture investment in Alabama’s history.

Home to a burgeoning startup scene (yes…. y’all read that correctly) — and part of a broader technology renaissance across the southeast — Shipt’s Birmingham base allowed the company to scale both quickly and (more critically) cheaply.

Furthermore, the kinds of on-demand services that are on offer in big urban hubs like New York, San Francisco, and Los Angeles are no less desirable for the upper middle class denizens of the southeast (I’m setting aside the issue of the digital divide for now) and Shipt was uniquely positioned to capture their business. 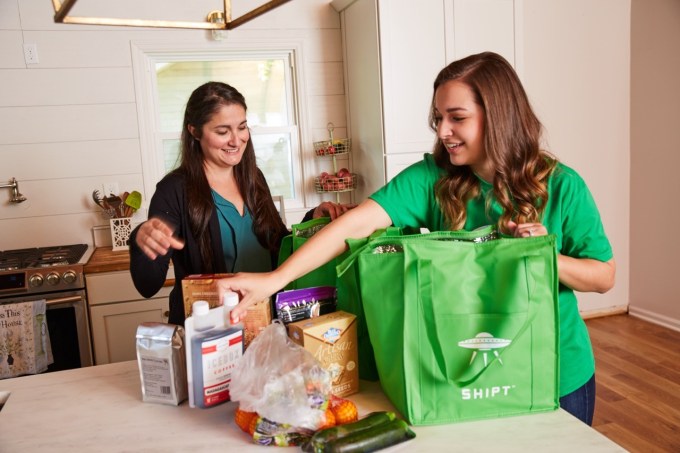 At first the company started selling in places where Instacart and other big entrants into the food delivery market weren’t.

Now Shipt’s service area covers most of the Southeast including: Alabama, Florida, Georgia, North Carolina, South Carolina and Tennessee, as well as Texas, Arizona, and Ohio. That means going head-to-head with Instacart and Amazon in markets like Atlanta, Miami, Houston and Austin.

Unlike Instacart, which has big partnerships with national grocery chains like Whole Foods; media outlets like Food Network; and startups like PlateJoy; Shipt counts HEB and the Florida liquor distributor ABC Fine Wine and Spirits as its largest corporate partners to date.

What the company does have going for it is a growth trajectory that’s flying in the face of what fellow TechCruncher Josh Constine called an “on-demand apocalypse” earlier this year.

Writing about the death of delivery service SpoonRocket and attrition across other “conveniencetech” startups, Constine scribbled:

Many conveniencetech startups have suffered hard times since a public and late-stage market correction hit this year: India’s Ola shut down its on-demand food delivery service; Zirx is moving away from on-demand valet; and other services, like Good Eggs grocery delivery, have been forced to implement layoffs and scale back from new markets.

While it’s tempting to think everything you buy or do could be made easier with an app, the economics are a lot tougher than many would assume. It’s difficult to find a price point that’s still attractive to consumers but pays for the goods and services, delivery and startup overhead.

According to Smith, Shipt is profitable in most of its markets. The company’s revenues are based entirely on a membership model. It charges $99 for a year of delivery service or $14 per month and there’s about a 15% markup on items where there’s no retail partnership (which is most places it delivers).

Shoppers for Shipt get paid per-order and Smith says an average shopper for the service will be paid about $17 per-shop. Typically it’s a base fee of $5 plus 7.5% of the order and whatever tips they get on delivery.

Smith said that the rates are comparable to what others are paying in the industry. 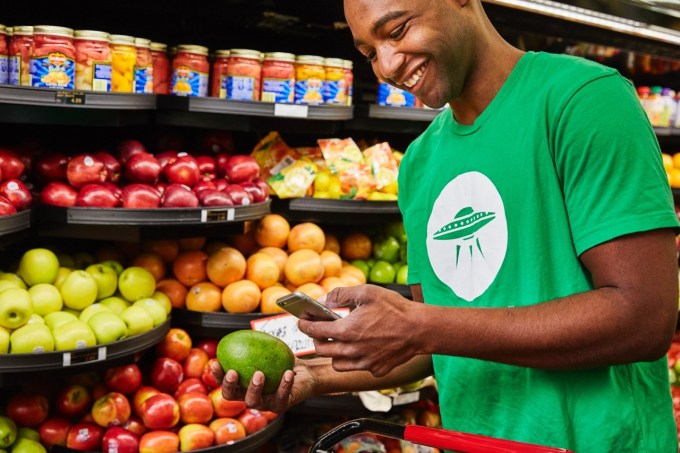 Beyond the money that shoppers are making, and the convenience for customers that hadn’t had access to these on-demand services previously, Shipt is also a boon for local grocers who’re looking nervously over their shoulders at Amazon’s delivery business.

“I think grocery is a very slow-moving industry and has not historically innovated incredibly fast,” said Sigalow.

Delivery is tricky for stores to manage, because labor costs are a huge component. Shoppers need to be trained in food handling and customer service, a capital-intensive prospect for businesses that already have huge overheads.

Meanwhile, Amazon is coming in with its own integrated supply chain and services and grocery stores need to compete.

“They’re looking at [Amazon] and saying, ‘Well, they’re coming right at me.. in order to survive I have to figure out some way to get delivery to my customers,'” Sigalow said. “It’s going to be really challenging which is why they’re partnering with Instacart and Shipt.”

Finally, the market is a huge one that should support multiple players, contends Sigalow. “There’s 38,000 grocery stores in the U.S. that do over $2 million each in revenue,” he said. “There are more grocery stores than there are gas stations.”