The popular password management utility Dashlane is going after the larger enterprise market today with the announcement of a new tool that will allow mobile employees to switch access between both their personal passwords, as well as those assigned to them by their workplace, in the company’s mobile app.

The tool, which is known as “Spaces,” first launched on the desktop this summer.

However, as a desktop-only tool, Spaces was not a complete solution given today’s highly mobile workforce and their need to log into corporate resources from phones and tablets, in addition to laptop computers.

With the company’s Business solution, which starts at $2/month per user, I.T. administrators can remotely deploy the software to end users’ machines, onboard new users, assign credentials, sync changes, track usage and more. 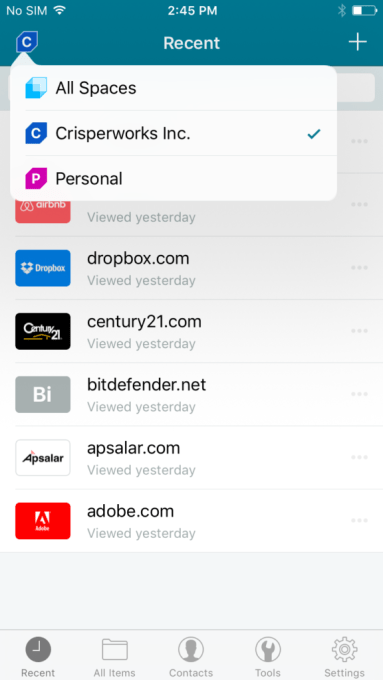 On mobile, this level of enterprise control continues, as employers will now be able to do things like immediately restrict access to work accounts, without the employee losing their credentials saved in their “Personal Space.” This is helpful for when employees exit the company, for example.

And Dashlane touts that it’s the first password manager to provide businesses with support for the FIDO Alliance’s Universal Second Factor authentication (U2F) protocol and U2F-enabled YubiKeys. These add an extra layer of protection without needing to type in two-factor codes sent over email or text, and instead let employees log in via a tap.

Plus, the software lets I.T. enforce that passwords are changed regularly, which can help make accounts less vulnerable to hacks. 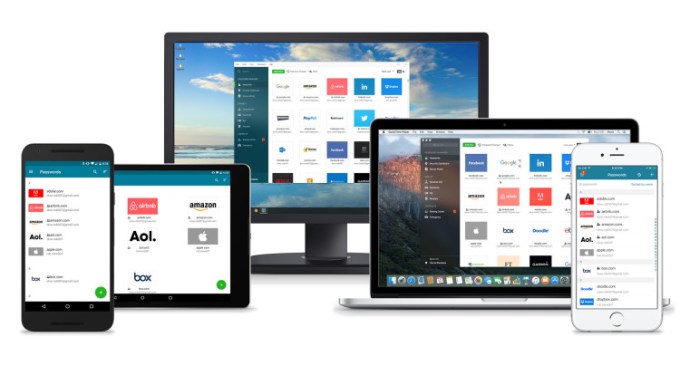 The Spaces feature presents itself simply to the end user, allowing them to see which items are work or personal thanks to badges shown next to the credentials, as well as a “Recent Items” view that lets them find their most-often used password more quickly.

Dashlane’s enterprise expansion comes at an opportune time for the company. Even as the world reels from numerous and repeated large-scale data breaches and hacks, businesses continue to move more of their resources into the cloud where multiple sets of user credentials are required for authentication.

The company notes that, by the year 2018, over 70 percent of mobile professionals will conduct their work on personal smart devices. But often, these devices are vulnerable to security issues. Citing a study from HP, Dashlane also points out that 97 percent of the applications on mobile devices contained some sort of privacy issue, 86 percent of apps lack basic security defenses, and 75 percent fail to properly encrypt data.

As of May, Dashlane reported over 5 million users in 150 countries. At the same time, it announced its $22.5 million Series C round of funding with plans to expand its enterprise footprint. Thanks to lead investor TransUnion, the company also said it will partner with banks to aid with services like fraud and online payment protection in the future, as well.

Dashlane Spaces for mobile is live now on the company’s iPhone, iPad and Android applications.