“What are they doing?”

That was the question an older woman, probably around 70 or so, asked me yesterday. She was pointing to a group of 18-ish boys and girls near a YMCA, the biggest (and, so far, only) Pokestop in the city where I live. Without exception, the teens were all staring at their smartphones.

“They’re playing Pokémon Go,” I replied. The lady didn’t comment, but her facial expression was a mix of disconcert and skepticism.

Let’s face it: For people who didn’t grow up playing Pokémon, the whole Pokémon Go mania might seem like an overreaction. I understand their feelings. I can testify that some of the people who showed up at the Pokémon Go meetup in Chicago acted like, well, fanatics. 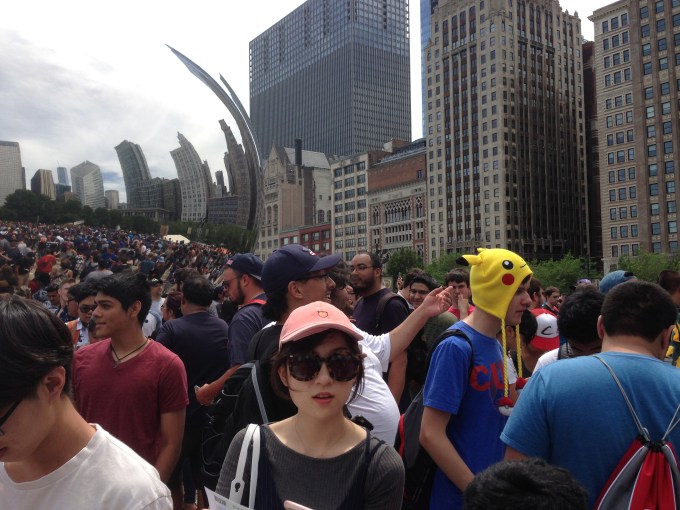 About 5.000 people showed up at a Pokémon Go meeting near Cloud Gate in Chicago last Sunday. (Photo: Lucia Maffei/TechCrunch)

But even detractors of the game should admit that playing it gets people moving. This is a big deal at least in the U.S., where more than one-third of adults are obese. And the game has other, more unexpected positive consequences.

1. Getting kids out of their hospital beds 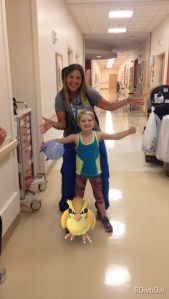 A Michigan children’s hospital is using the game to encourage young patients to do physical activity and socialize with each other.

“Physical activity is not something patients necessarily want to do,” said J.J. Bouchard, digital media manager at the University of Michigan’s C.S. Mott Children’s Hospital in Ann Arbor, Mich. “But kids got excited about the game, so they don’t mind. Playing Pokémon Go encourages them not only to move, but also to go out of their rooms and talk to one another or to the hospital staff.”

Under the section “Children & Family life,” the hospital provides a list of Pokémon landmarks in and around the hospital buildings to facilitate meetings among players, as well as a set of guidelines about how to play without invading other patients’ privacy.

2. Encouraging people to explore their cities

“While catching Pidgeys and Squirtles has been a nostalgic blast, I didn’t expect to simultaneously discover the many cool, quirky sculptures and monuments throughout New York City,” Daniel Jameson, assistant digital editor for Condé Nast, wrote in an article for Condé Nast Traveler. “Now that they’re utilized in the augmented reality game as integral Pokéstops, places like Alexander Hamilton’s grave, Isamu Noguchi’s Red Cube, and the sundial in Sir Winston Churchill Square have collectively created an original travelers guide to the metropolis—one sweetened with the rewards of adventure.”

Tourism agencies and independent guides did not miss the chance to potentially attract more customers using the game, either. A “Pokemon Go City Tour” is launching this weekend in Austin, Texas (participants pay $25 or $35, depends on the day) and in downtown Chicago (for $10). 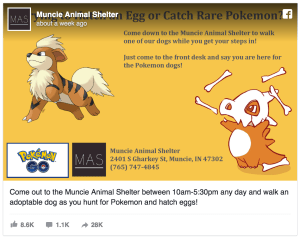 The Muncie Animal Shelter in Muncie, Indiana offered Pokémon Go players the opportunity to walk an adoptable dog for free while hunting for Pokémon and hatch eggs.

According to a shelter representative, the response of the community was astonishing.

“We have lost count of the number of people who came here to walk one of our dogs,” said Melissa Blair, assistant superintendent at the Muncie shelter since January. “Since a week ago, volunteers were probably over 250.”

Blair also said that four dogs were adopted following a “Pokémon Go walking” with a potential owner. A local family, for example, showed up at the shelter twice and then decided to adopt a black labrador. “Children bonded with the dog, and the whole process was really natural,” Blair commented. 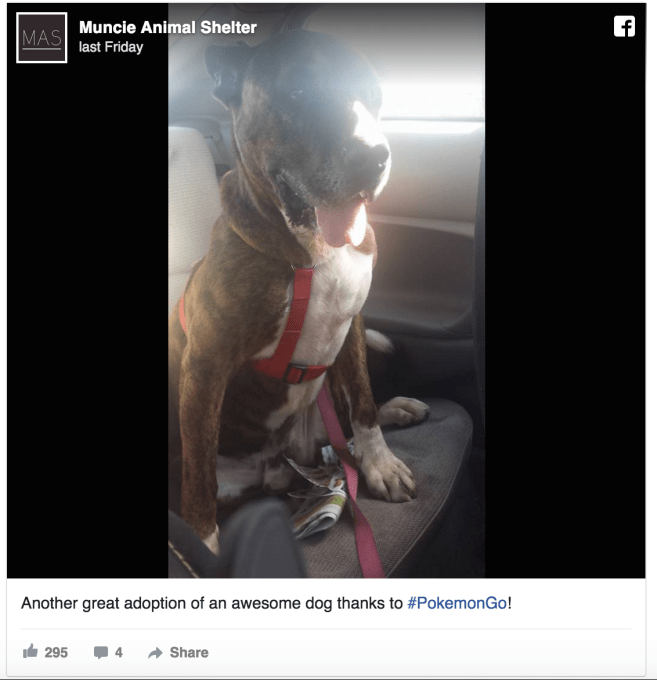 Since its release in the U.S., the game has been blamed for some negative events, too. In Missouri, a gang of four people used the app to target potential victims and rob them. Many car accidents all over the world have apparently resulted from people playing while driving. Also, The Washington Post reported that a representative of the Holocaust Museum had to remind visitors that “playing the game is not appropriate in the museum, which is a memorial to the victims of Nazism.”

So yes, critics have reason to shake their heads. But the examples above prove that there’s a lot of good, both for individuals and the community, that can come from the Pokémon Go phenomenon. The fact is that a video game inspiring the kinds of acts described above is a very rare thing, and you could argue that Pokémon Go is unique in the kind of scale it brings to its positive effects, and that’s worth paying attention to.