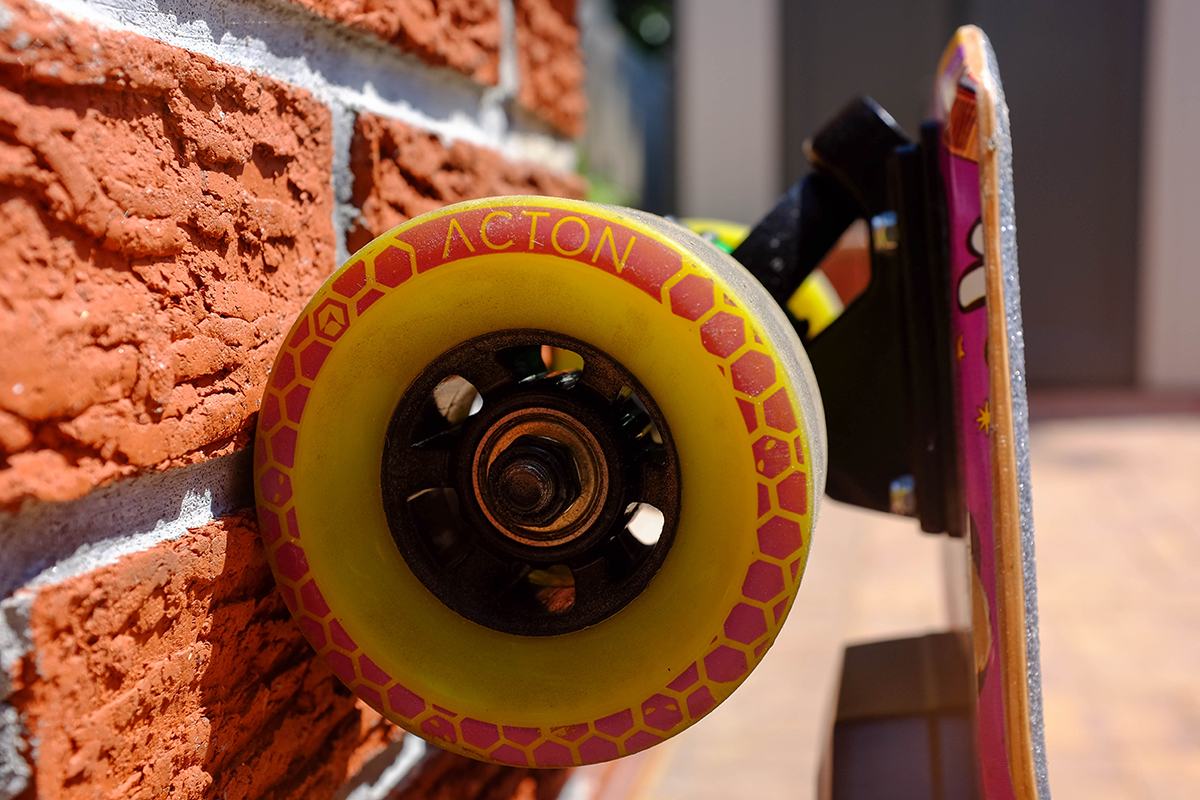 Remember: They’re trying to keep the cost low for a first-gen product.

Unlike what the folks at Boosted Board have done with the product of the same name, Acton hasn’t poured more than a thousand dollars into the quality of the product. Remember: They’re trying to keep the cost low for a first-gen product.

So, $500 gets you a Canadian Maple deck instead of bamboo and a simple plastic remote instead of the safety switch and scroll wheel seen elsewhere. Despite the compromises made to keep cost efficiency, the Blink Board skates pretty well once you get it going, but that doesn’t mean it’s not entirely without its shortcomings because of the circumstances.

Honestly, I was never a fan of making something accessible if it meant watering it down. The Blink’s ride can be jarring, because such a small deck moving at high speed is less forgiving than say, a longboard. 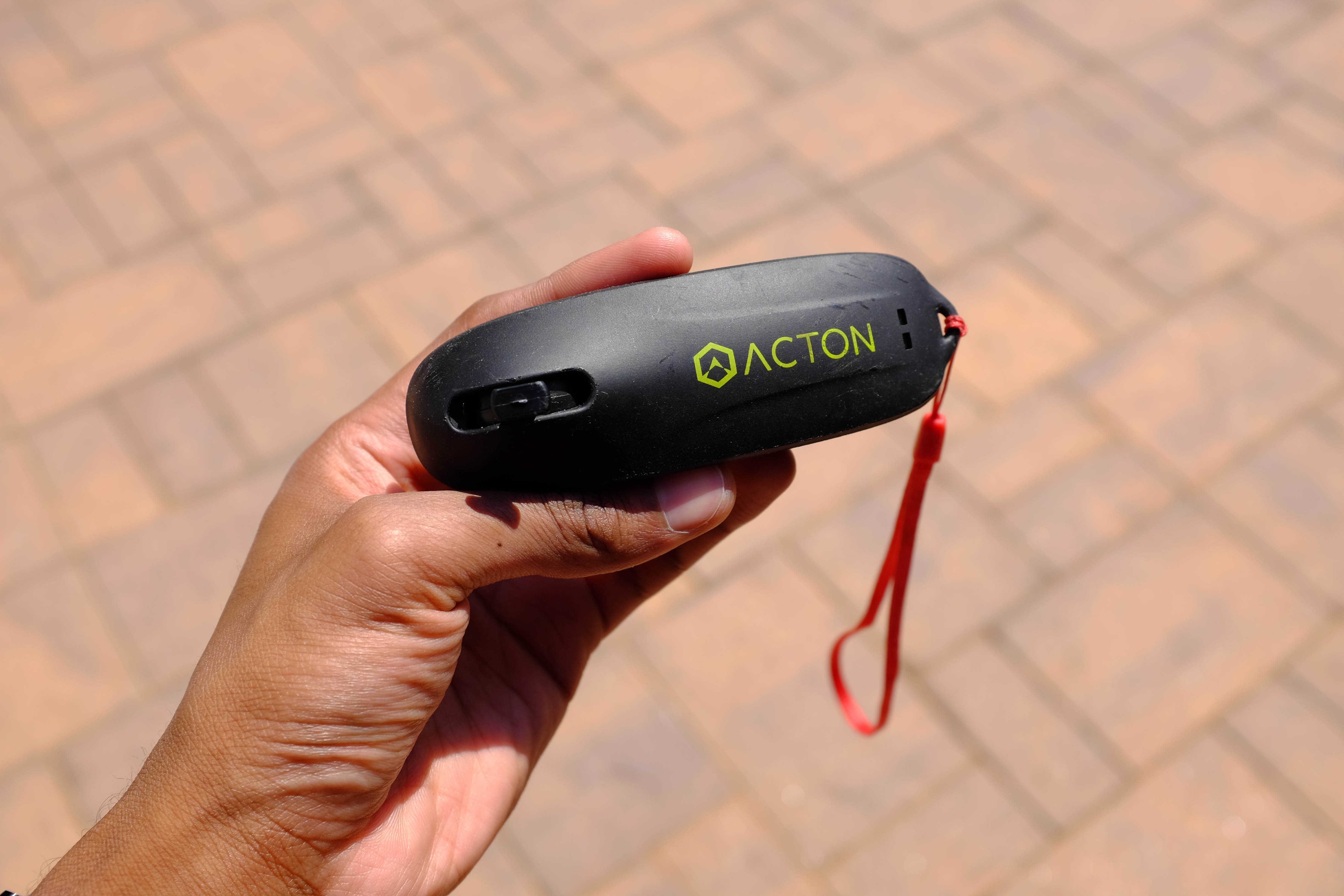 Despite my past experience with both powered and traditional skateboards, I’m reluctant to take the Blink Board out into the city streets. Instead, I opt for the safer runs at parks. Why? Well this transitions into the unfinished aspects of the board that defeat the purpose of having an electric skateboard — which is meant to be a means of transportation, most likely on city streets.

The problem seems to be the remote. The build quality is questionable, and feels like it could break. To add insult to injury, the slider itself is jittery, with power delivery that’s too sudden and uncomfortable.

Additionally, you don’t really “brake” on the Blink Board. Instead, lean backwards and hope that it doesn’t jerk you forward, straight onto the concrete (which has happened). I haven’t been able to find a true workaround for this, as the three riding modes — beginner, intermediate and pro — all seem to give similar feedback via the remote. The acceleration and deceleration aren’t that graceful, which requires you to adapt and figure out the board’s handling characteristics.

Battery life and range are the most forgiving here: expect to hit the 6-mile mark without having to conserve too much, but because a full charge will take you an hour (and the power brick is huge), it’s best to plan ahead. 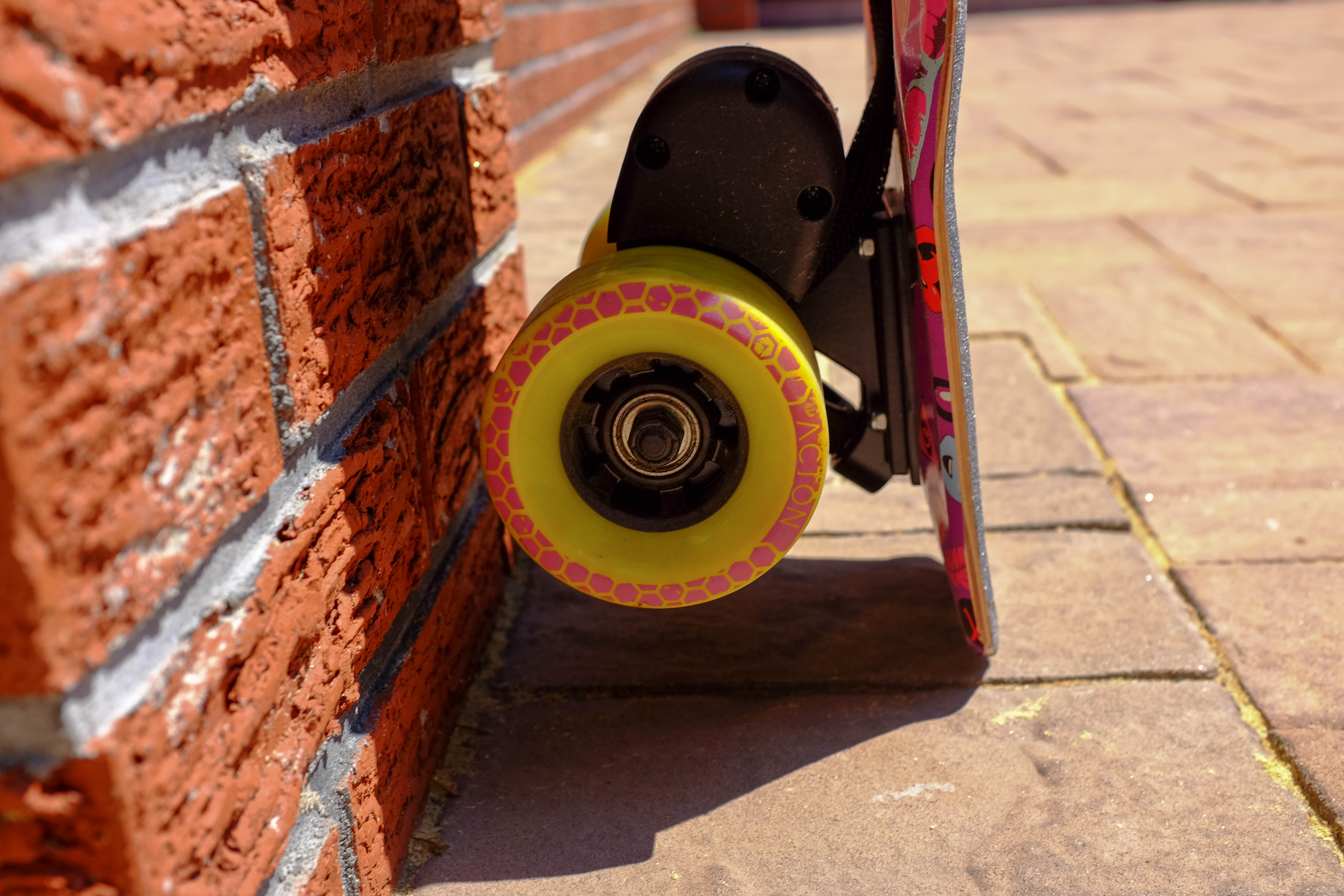 Buying the Acton Blink Board (mostly) boils down to budget. If you’re willing to drop $500 for an electric skateboard that isn’t entirely inept, but not the polished experience seen on more expensive boards, then by all means.

Buying the Acton Blink Board (mostly) boils down to budget.

However, if you aren’t limited by budget and can throw in a few extra hundreds, then seek other boards that would offer you more fun, speed and, ultimately, stability. If not, it’s up to you and this electric skateboard to make the most of each other, in which case just  skate with it.