We at TC have had an amazing time this week in Israel, meeting founders, hearing about crazy new technology, and probably eating too much food. Yesterday our time here was capped off with the big thing we came here for: our first ever Meetup and Pitch-off in Tel Aviv. More than 900 people came together by the seaside at Trask to mingle and see fireside chats with the likes of ex-Prime Minister and President Shimon Peres; leading entrepreneurs from some of the (many) break-out startups being born and growing in Israel; and some of the VCs who back them. AND! We also held one of our famous Meetup + Pitch-offs!

We had ten amazing companies pitching on the night, but only three could be crowned winners. Huge congratulations to first place winner Arbe Robotics, second place winner 6over6 Vision, and audience choice Fieldin!

As first place winner, Arbe will get a table at the TC Disrupt Startup Alley in London this December, along with two tickets to the Disrupt conference. Second place 6over6 gets two tickets to the event, and Fieldin will get one. Read more on them below! 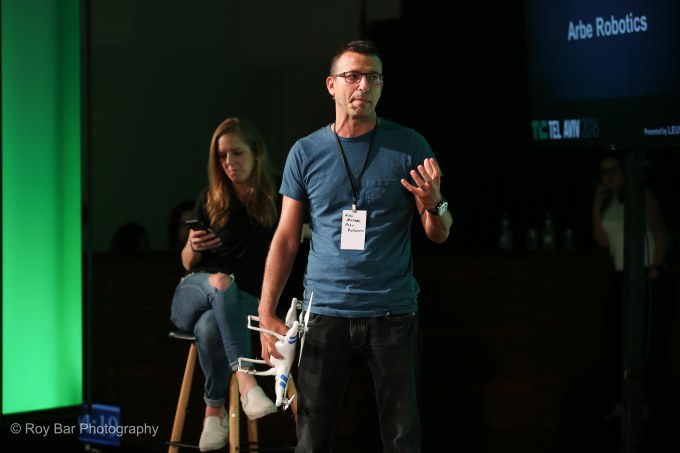 Arbe Robotics is hoping to make some waves — literally, radio waves — in the drone industry with a new sensor that will help drones and other autonomous flying objects not only see but avoid things in their path. Think bats, but controlled by gadget enthusiasts (or, err, Amazon). As CEO and founder (and repeat entrepreneur) Kobi Marenko explained in his pitch, the sensors that Arbe is developing are not only a fraction of the price of those that are being developed based around image processing, but they are actually more energy efficient, meaning Arbe’s tech will keep your drone flying for longer. If you’ve been following any of the news about these new flying contraptions, you’ll know that safety and accidents are some of the biggest problems that need solving, so we think this is one to watch. 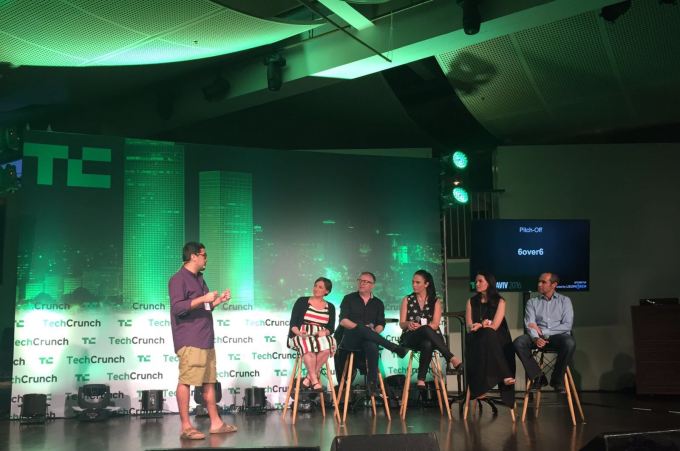 6over6 Vision, coincidentally, is another startup focused (ho ho! sorry… was up late last night) on vision, but from a totally different perspective (okay, I’ll stop now). This company has developed an app it hopes will disrupt the way we get our eyes checked when we’re figuring out which glasses or contacts to buy. 6over6 uses a series of geometric pictures that look only a little like hypnotising charms, along with accelerometer and other sensors on your smartphone, to measure how near- or far-sighted you are, and can even check for degrees of astigmatism. The company — which was founded by and staffed by vision experts who have sold previous startups to companies like Bausch & Lomb — is currently working with online eyewear stores to offer the product. And it is also in the process of getting its regulatory approvals ready for those launches later this year. With eye exams in countries like the U.S. costing consumers potentially hundreds of dollars, 6over6 is posed to try to disrupt this. 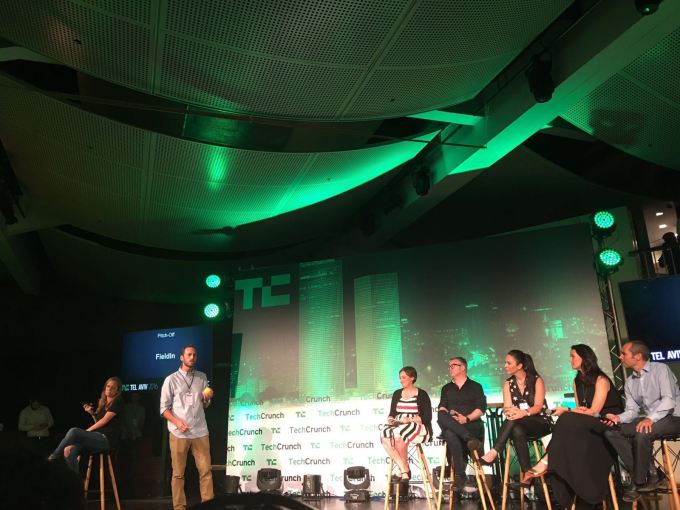 Fieldin is coming from a completely different part of Israel’s startup landscape: the company has developed an analytics and business intelligence platform that combines in-the-field sensors, proprietary information, and third-party agronomic data to provide the agriculture industry with more accurate information about how their crops are performing — and, more specifically, how their pesticide programmes are working. The problem that Fieldin is solving is the fact that — despite a wave of people who now buy pesticide-free, organic produce — there is still a gigantic industry based around spraying crops, and many in the latter group overdo it with too many chemicals. These can ruin crops, harm the environment and harm consumers. Armed with more accurate data, Fieldin — which for now is concentrating on orchards and vineyards — believes that farmers can save money, and we can eat our fruit with more confidence.

Thanks again to our judges for the night — JVP’s Gadi Tirosh, Nautilus’ Merav Rotem Naaman, and LeumiTech’s Yifat Oron — who took to the stage with Mike Butcher and me to listen to all the great pitches and make the tough choice of selecting the winners. And thanks again to the audience for getting involved and helping us pick a third!

See you all again really soon! Next up on TC’s Big European Summer Meetup Adventure…. Berlin!