Starting in February, the computing giant Dell, in concert with Professor David Ricketts of the Technology and Entrepreneurship Center at Harvard and the data and analytics company IHS, began putting together an index that they’re taking the wraps off today. What it shows: Which cities — based on 71 different indicators — are the best place to be a women entrepreneur.

Yesterday, over coffee, Dell CMO Karen Quintos explained the point of the index, which is to help cities understand how they stack up against other cities in terms of providing networking, capital and other necessary ingredients for nurturing fast-growing women-run businesses. (As Quintos describes it, fast-growing means outfits with annual revenue of $5 million or more.)

These top cities, it turns out, are not necessarily the same as those that may be enjoying the strongest economic growth today, and that’s a problem, she notes. According to the Small Business Administration, small business owners produce 70 percent of jobs; the vast majority of these entrepreneurs are women, says Quintos, who notes that women entrepreneurs give back “generously” to the communities they support. That means to be “future ready,” as the study puts it, cities need to be competing more aggressively for this key demographic.

Below are cities currently positioned to best cater to “high potential women entrepreneurs.”  You’ll see that New York ranks first among cities for its ability to attract and support women across various factors, including access to capital, culture, available talent and the value of available funding. Meanwhile the Bay Area ranks a close second for similar reasons. 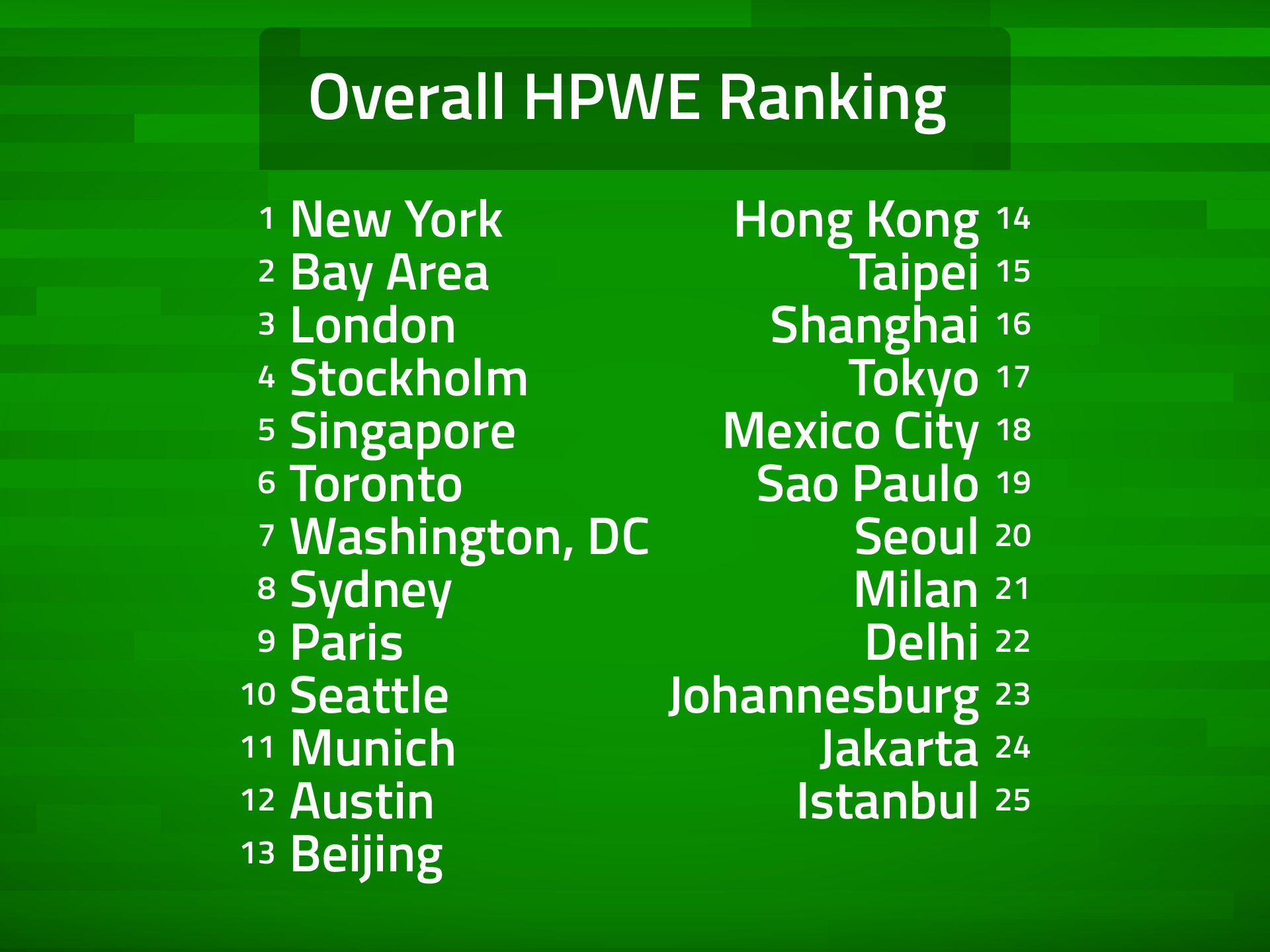 The study also tries to provide actionable insights to cities that are at the other end of the list — as well as those that didn’t make it at all. For example, relative to the other 25 cities on the list, access to capital is much harder for founders in Munich, Sao Paulo, Istanbul, Milan, and Johannesburg. Meanwhile, improving education and training could benefit Jakarta, Delhi, and Istanbul, the study shows.

Dell, which employs roughly 100,000 people, has been forward thinking in positioning itself as friendly to women entrepreneurs. In addition to this study and others, once a year it organizes an intimate women’s entrepreneurship networking event. (This year’s summit takes place next week in South Africa.) It also organizes city, regional, and virtual events.

You can click here for a look at the various indicators used to put together these lists. And here is a higher-level overview of how the study settled on each city’s ranking.