How will Twitter squeeze more cash out of each user since it can’t seem to add more of them? A Twitter video channel. Pre-roll ads before Vines. And sharing cash to attract creators.

After watching other social networks get rich off of video, Twitter’s tuning in.

Brevity that inspires information density has always been what’s magical about Twitter. In 140 characters or six seconds you could laugh or learn something. But Vine’s tiny time limit and the 30-second max on videos uploaded to Twitter was choking out creativity and pushing creators elsewhere. Frequently, Viners would tell fans to check Instagram or Facebook for extended versions of their clips.

Now, Twitter videos can be as long as 140 seconds. And Vines can include a Watch More button that opens a 140-second clip. That makes it much easier for creators to share their clips on Twitter’s apps, even if they didn’t shoot the videos specifically for these networks.

Now, everyone can post videos up to 140 seconds long! We can’t wait to see the amazing videos you create and share.https://t.co/DFsuvnXkuL

Taking a page from Facebook’s playbook, Twitter will begin rolling out a suggested video experience. When you play one clip, you’ll see more related ones queued up below that you can watch next. Want to see a whole bunch of highlights from a sports game or interviews with a celebrity? That will be simple now in Twitter Watch mode

Mobile video viewership is growing fast and Twitter needed to get on the train. Showing more, longer videos could seduce more mainstream users inclined to sit back and watch instead of laboriously reading through reams of text tweets.

Explore more videos and Vines that are lighting up Twitter. Our new viewing mode will let you watch more with a tap. pic.twitter.com/XyBaes37T7

But a second perspective is that Twitter is accepting its smaller size amongst social networks, and refocusing on how to boost its average revenue per user in hopes of finally becoming profitable. That could save its sinking stock price and help it remain independent.

Facebook has seen video grow from less than a billion to well over 8 billion views per day in just a few years, yet its growth rate has stayed steady. Its profits, on the other hand, have soared, and now Twitter could try to do the same.

Twitter is accepting its smaller size amongst social networks, and refocusing on how to boost its average revenue per user.

The longer video length on Twitter makes it a better host to traditional TV commercials, movie trailers and other marketing. And 140-second video attachments on Vine will do the same. Previously only some Twitter partners could share longer clips, up to 10 minutes.

Twitter already earns money on product placement and promotion deals it brokers between Vine stars and businesses through its acquisition Niche [Disclosure: My cousin Darren Lachtman is a co-founder of Niche]. Now those clips of Viners doing something cool or funny with a brand can be much deeper. 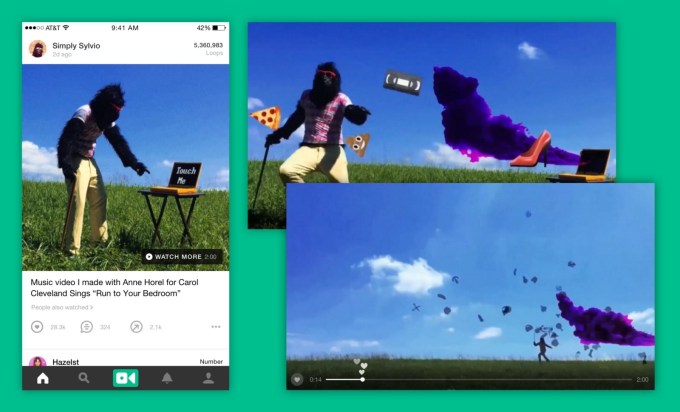 While Twitter tells me it has nothing to share about the potential for ads in Watch Mode, it seems highly likely that it will inject them at some point. Video ads seem a lot less intrusive when they’re shown amongst a series of recommended clips instead of before the first one you purposefully wanted to watch. 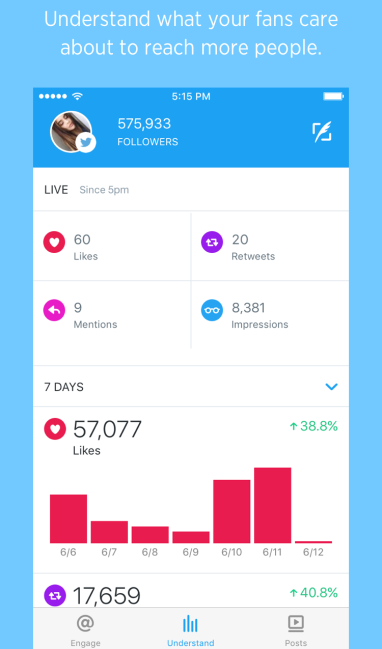 …Yet Vine will now have Twitter Amplify pre-roll ads, too. That sounds like an awful experience — watching an ad that might be longer than the six-second Vine you’re seeking. Hopefully Twitter has thought about this and will implement them in a way that honors the format. Pre-roll ads make more sense before the extended 140-second attachments, but are already a turn-off to users, something that we’ve experienced with the videos we share on Twitter here at TechCrunch.

Twitter will share 70 percent of revenue from these ads with the makers of the videos. This might entice social media stars to share more A-list content on Vine. Some Vine stars have told me they feel neglected by the company, and don’t trust it since all the founders left. Twitter is throwing Viners a bone by launching a special app called Engage where creators can track their analytics.

The whole reason Niche’s product placement spots work is because they’re shot and shared by the creators people already love. If Twitter doesn’t nail the tone, it could scare even more users away from Vine. The Wall Street Journal has reported data from Tubular Labs indicating that the top 10 Vine accounts saw their loop counts per video drop 29 percent from May 2015 to March 2016.

Vine is withering. Twitter is stuck. And more ads won’t make them more popular. The best Twitter can do is stop hemorrhaging cash so it can control its own destiny.