There are a number of ways that Microsoft plans to take advantage of its $26.2 billion LinkedIn acquisition, ranging from data-gathering to getting a foothold in social to plans for re-imagining the recruitment and talent management businesses and more. But one of the more straightforward integration opportunities between the two companies is LinkedIn’s integration with Microsoft Office.

In its presentation, Microsoft explained how it could use LinkedIn’s data in familiar programs, like Outlook, Skype, or Office applications like Word, Excel and PowerPoint, for example.

The company says that today, there’s not a single source for data on individual professionals — it’s scattered around and often out-of-date.

By integrating professional profile data into Office 365, email and other communication apps, users would be more inclined to keep that information up-to-date as it would be more visible to friends, colleagues and others. And on the flip side, these integrations would make that data more easily accessible to anyone who wanted to know more about a professional’s background or experience.

LinkedIn has a sizable network of over 433 million users, but Office’s footprint is much bigger. Microsoft says there are more than 1.2 billion Office users today. LinkedIn becoming a part of Office would massively increase its data’s visibility.

Of course, LinkedIn itself once had the idea that its data could be valuable to email users and help enhance productivity. In 2012, it bought the Gmail plugin Rapportive for $15 million, which allowed Gmail users to access a sidebar that would show the profile and other social networking updates for the person you’re corresponding with. Unfortunately, the company soon squandered customers’ love for that product, by ripping out functionality that made the service useful and popular in the first place, including its integrations with other social networks.

Another issue with Rapportive as well as its newer competitors that stepped in to fill the void is that it’s something of a hack. You’re installing an extension into your web browser that changes what your Gmail inbox looks like and what information it displays when loaded in tab. That’s a “geekier” solution than much of the mainstream is interested in, and doesn’t address the fact that many users today get their email by way of mobile phones, not just desktop web interfaces.

But with LinkedIn becoming a part of Microsoft, that profile data can become natively integrated into Microsoft’s Office products and other communications apps. Those apps could then share their data back with LinkedIn, too. 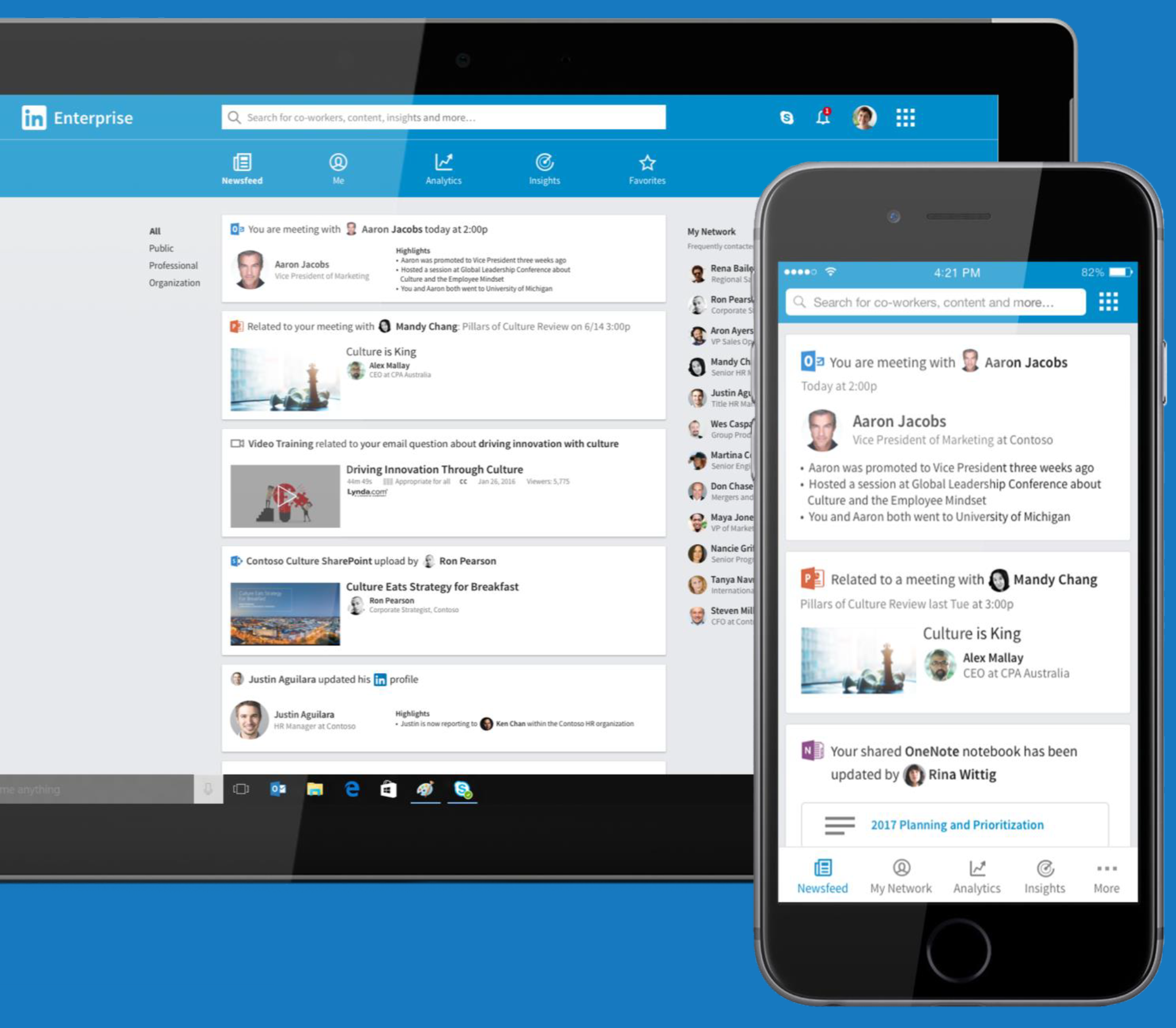 As Microsoft CEO Satya Nadella explained in an email to employees, by integrating LinkedIn’s network in Office 365 and Dynamics, the company will be able to enable new experiences like “a LinkedIn newsfeed that serves up articles based on the project you are working on and Office suggesting an expert to connect with via LinkedIn to help with a task you’re trying to complete.”

In other words, LinkedIn’s newsfeed which today is still a hit-or-miss experience, can become highly personalized as it will know what you’re currently working on, including what meetings you have planned and what projects are underway, Microsoft presentation indicates.

And as you head into those meetings, Microsoft’s digital assistant Cortana will be able to quickly give you background on who you’re about to sit down with, as she’ll have their LinkedIn resumes on file. 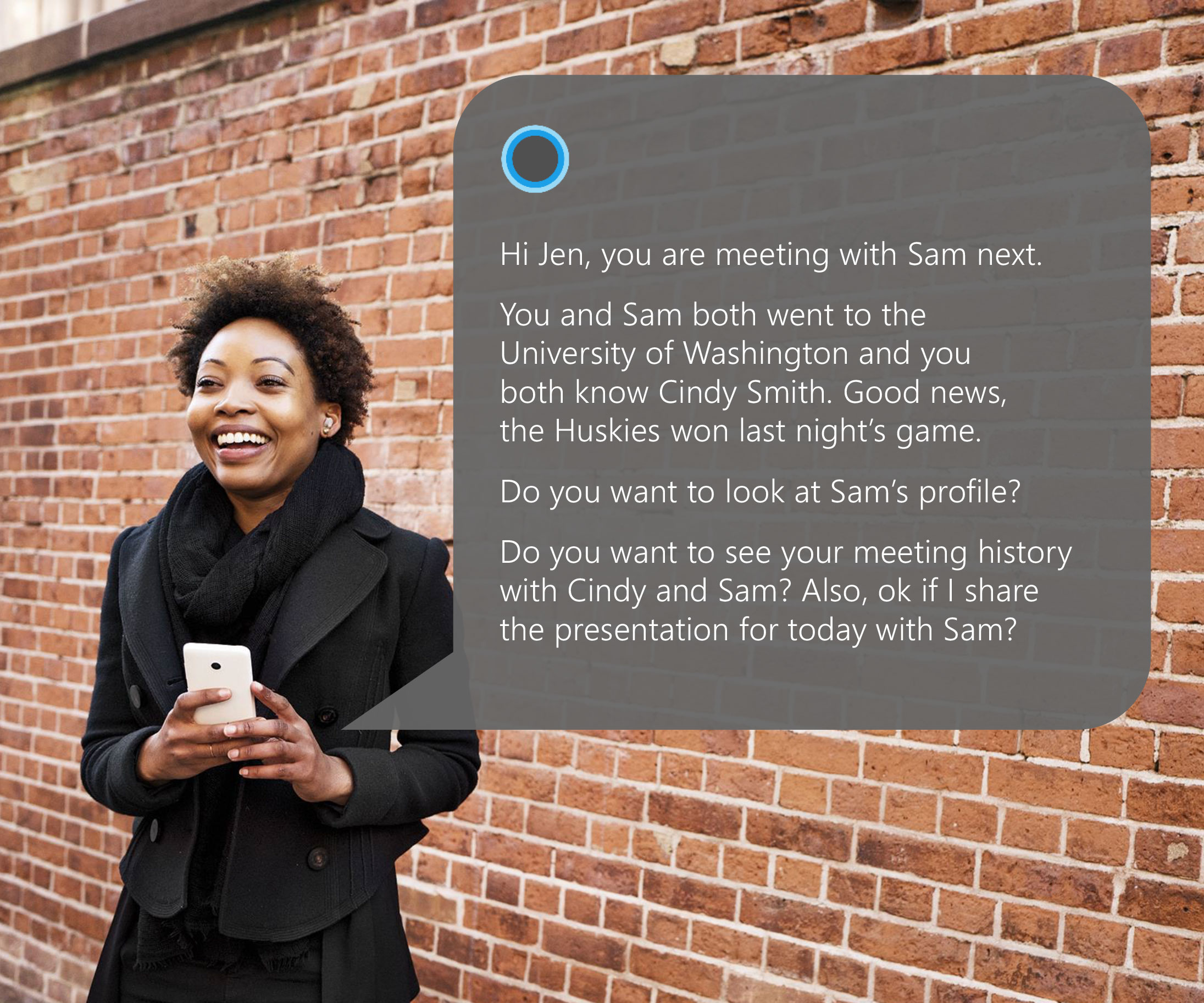 This, Nadella says, will increase user engagement, the company’s subscription business, and opens the door for targeted advertising.

It’s both clever and creepy to think about your work projects and meetings becoming fodder for ad targeting in the future. Hopefully there will be some opt-out mechanisms that respect user and data privacy. (Knowing how employees spend their time and who they work with, will also help to inform LinkedIn’s recruiting products.)

Finally, Microsoft says that LinkedIn Learning (based on LinkedIn’s acquisition of Lynda.com last year for $1.5 billion), will also be integrated into Office. That means users who want to learn how to perform advanced tasks could sign up for courses without having to leave Office and hunt around the web for an e-learning course – it could be smartly suggested right inside their document as part of the “help” information. 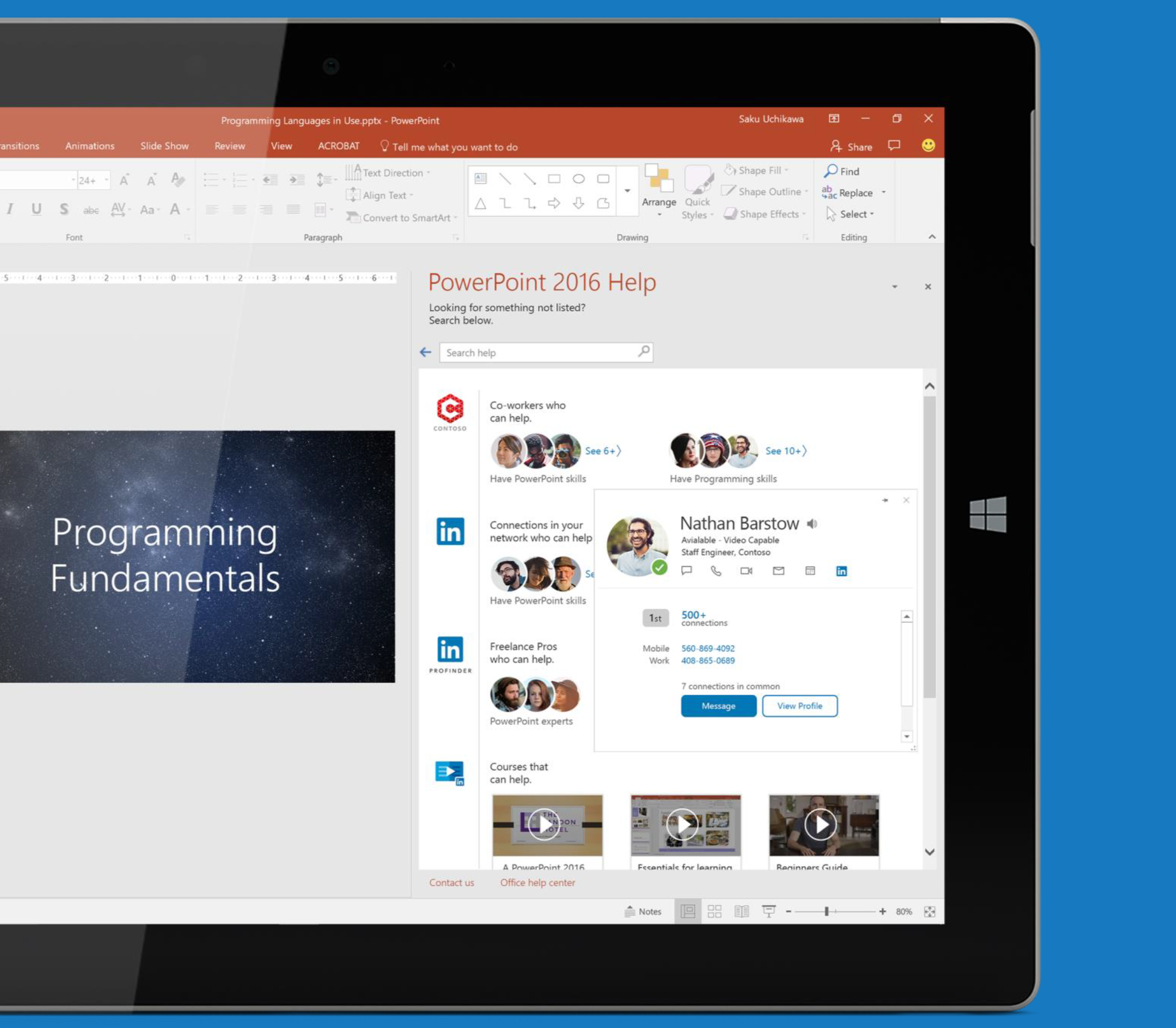 Though outside of Office, Microsoft Dynamics CRM will also play a large role, as it’s integrated with LinkedIn’s Sales Navigator.

“Over the past decade we have moved Office from a set of productivity tools to a cloud service across any platform and device. This deal is the next step forward for Office 365 and Dynamics as they connect to the world’s largest and most valuable professional network,” Nadella says.