Your parents were right, dear reader. You are a precious, unique snowflake. Your ears, at least. I can’t really speak for the rest of you, but, hey, you seem great.

Of course, your special, unique snowflakiness presents a challenge to our friends in the headphone industry — even more so than the standard one-size-all approach of gadget makers. You see, there’s more than just size issues to contend with; there’s shape, hearing loss and a whole slew of tiny, weird bones to take into account.

A few bigger names have attempted to address the situation. Harman’s rolled out an ear-scanning technology on a number of its headsets, aimed at adjusting its frequencies to the contours of a wearer’s ear canal the way a Sonos system does a living room.

Melbourne-based startup Nura is looking to take things a lot further with its peculiar new headphones, with a hardware/software combo designed to give wearers playback perfectly equalized to meet each wearer’s unique earprint. The company agreed to bring a pair by our New York offices because, well, hearing, as one or two people have probably said at some point, is believing. (Though try telling that to the nearly 3,000 backers who have put up more than $640,000 on the company’s Kickstarter. And Nura has added a 30-day money guarantee, so users can take them for a spin.)

The company brought a mockup of the final version of the headphones — which is what you see up top. The working prototype, on the other hand, looks like this: 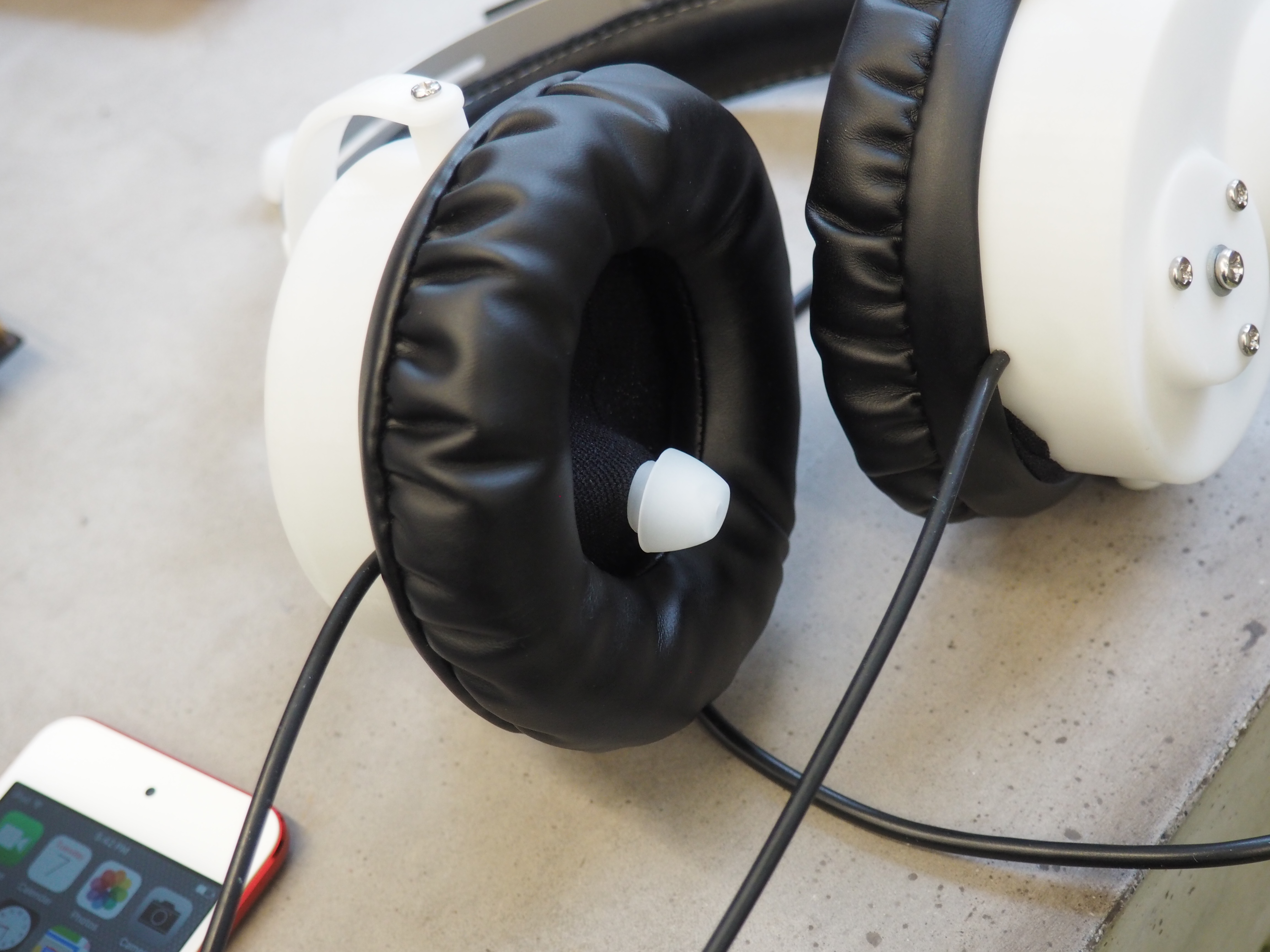 The two headphones share one key feature at this stage — one that’s admittedly a little off-putting at first. They’re both earbuds and over-ear headphones. It looks weird, and frankly is weird, but don’t worry, you’ll get used to it. The inside pair is a bit springy, with enough articulation to position themselves into your ear. Though, I have to admit that with the prototype version, this took some doing. You’ve got to create the perfect seal before the company’s app can do its thing.

Once the app recognizes that both earbuds are in place, it begins the scanning process, which unfolds a lot like a hearing test, sending a spectrum of different frequency sounds and measuring the response. According to Nura’s press material:

Nura uses a microphone to know exactly what sound went in, and also uses the same microphone to listen to the faint sounds that return from the ear. This makes Nura very different from any other type of calibration. It actually knows the response of the inner ear. 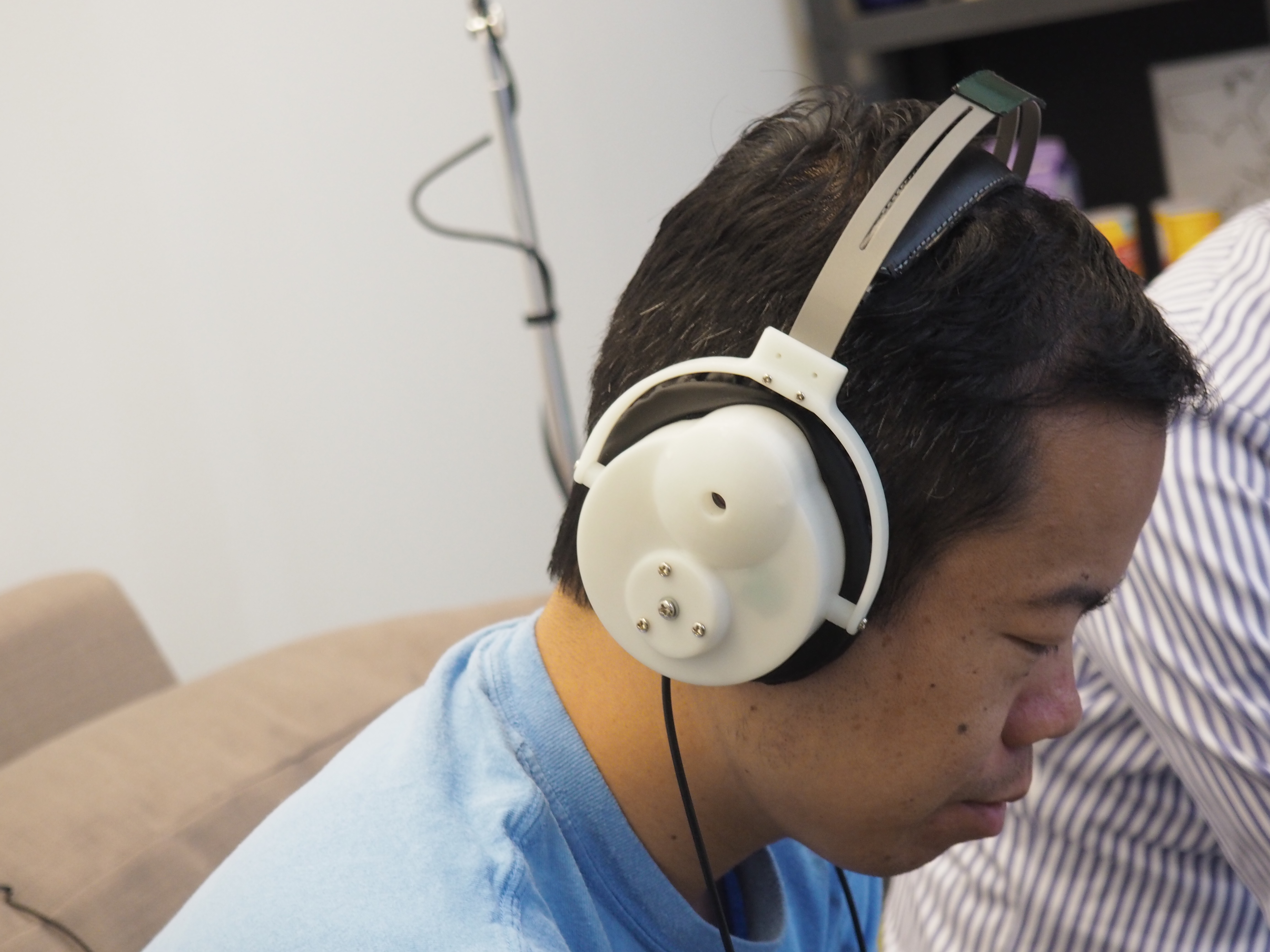 The whole process takes around 30 seconds and only needs to be performed once per user. That setting is then saved locally onto the headphone hardware, so wearers can plug the headphones into a different device (via a Lightning port in the case of the ones the company was showing off) and maintain their unique equalization. There’s also an option to save multiple users via the app, for those who like to share.

I will admit, however, that after the little ear checkup, the newly equalized version did sound great. Everything comes through with great balance, and the instrumentation is extremely clear. I was suitably impressed — but naturally wished I had gotten a little more time with the things. 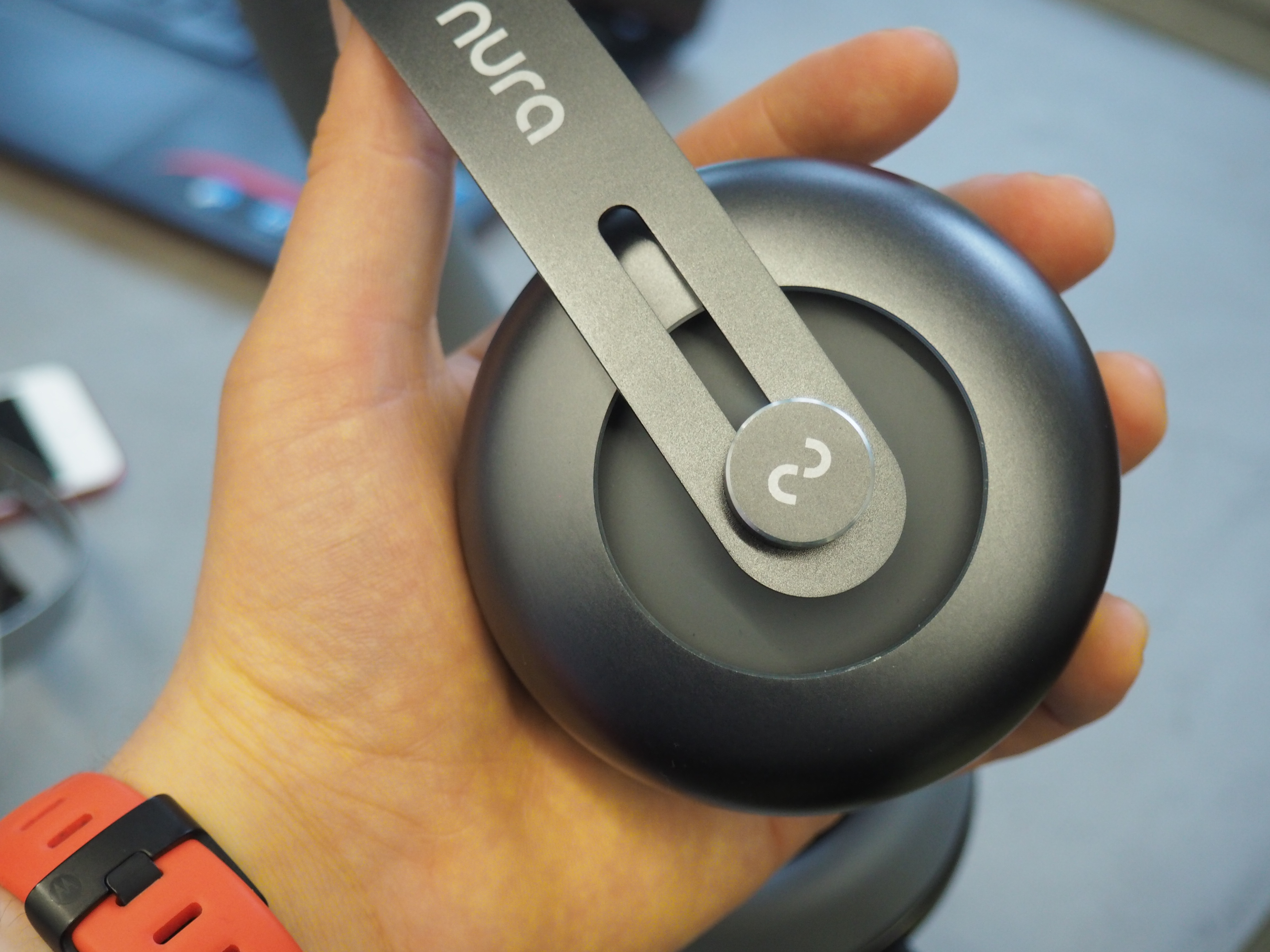 There’s also a special bass setting — the primary reason the company opted for the dual earbud/over-ear style. While the buds do most of the heavy lifting, the over-ears deliver a fairly intense amount of bass — like an on-the-face woofer that avoids muddying up the main channel. It was an impressive demo.

And then there’s the price. Prepare to pay $399 for the headphones at retail — though if you’re looking to save a bit, and don’t mind a leap of faith, you can secure them for significantly cheaper through the aforementioned Kickstarter campaign.