AMP, which is essentially Google’s answer to Facebook’s fast-loading Instant Pages, first launched on Google’s mobile search results pages but it’s now being integrated into a wider number of products. As AMP reaches a wider audience, publishers are obviously also interested in being able to sell different types of ads on these pages. It currently features basic ad support already, but as the company announced today, AMP will soon get support for three new ad types: sticky ads, flying carpet ads, and AMP Ads for AMP Pages that should load as fast as the content.

AMP ads are probably the closest to the platonic ideal of having ads on AMP pages because they are meant to load as fast as the AMP page itself. These ads are written in pure AMP HTML, which is the main component that makes AMP posts load as fast as they do.

Sticky ads, which will stay either at the top or bottom of the page as you scroll through an article are pretty standard outside of AMP pages and tend to be relatively unobtrusive.

It’s sad to see that the AMP project will soon allow for pages to feature one of the most annoying new ad types we’ve seen pop up recently: flying carpet ads. Those are the ads that hijack the page’s scrolling behavior so a large ad can scroll by instead.

Publishers will be able to use this ‘flying carpet’ effect for showing regular images or other content as well (somewhat similar to the parallax effect you may have seen on the occasional Snow Fall-inspired feature post). 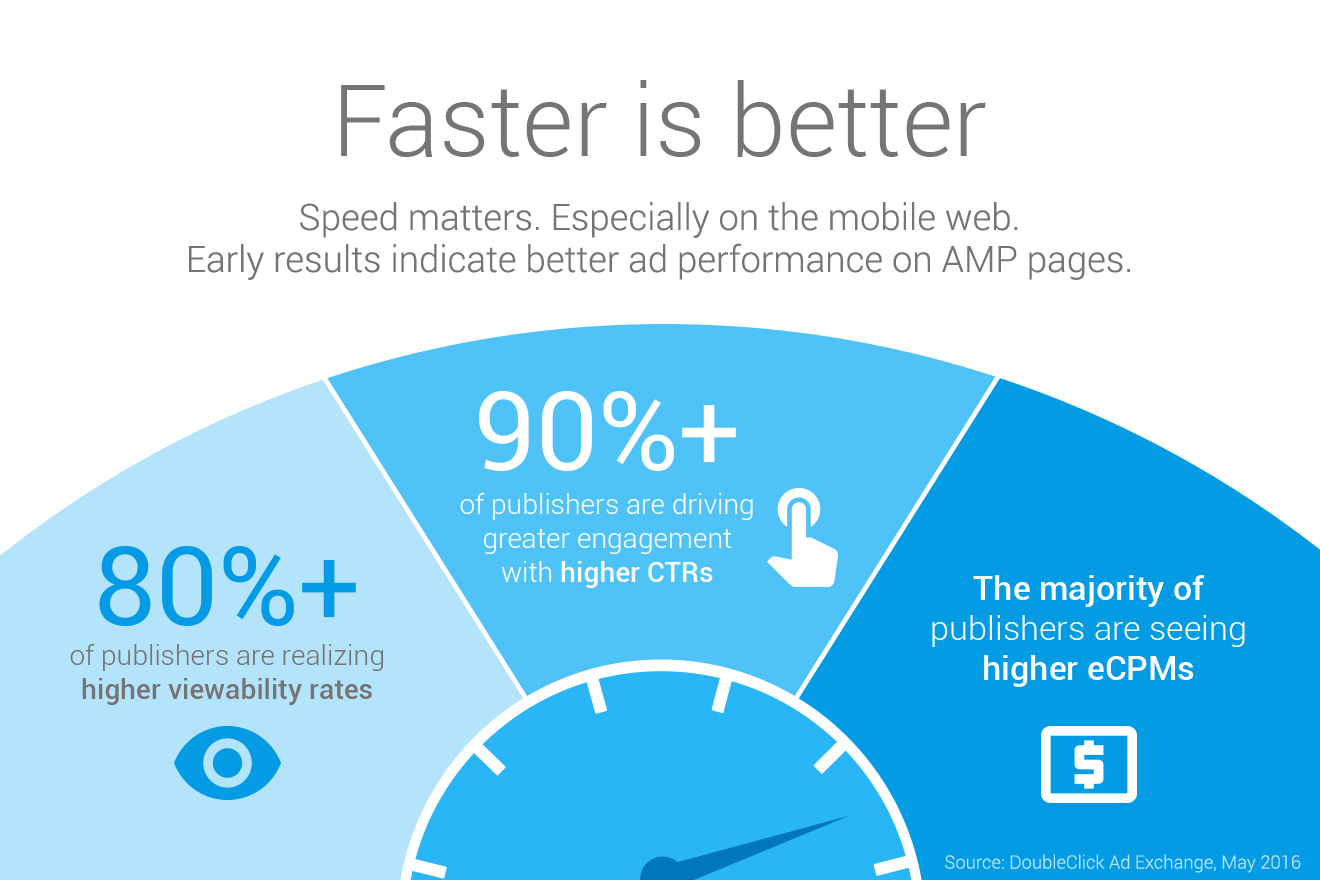 Google says ads on AMP in general have been received very positively so far. More than 80 percent of publishers that are using AMP say they are seeing higher viewability rates, more than 90 percent say they are getting higher click-through rates and most also see better earnings.

It’s worth noting that it’s still early days for AMP. Earlier this week, for example, Slate and The Atlantic said that AMP pages currently only account for about 4 percent of their site visits. Some publishers, too, are complaining that it’s unclear how Google uses AMP as a ranking signal for its search engine.

So far, the fact that the number of possible ad formats was limited on AMP pages kept some publishers from adopting the format, too, but it looks like Google is now addressing this — even if that means that we, as readers, will have to contend with flying carpet ads on AMP pages soon.