Applications for the Startup Battlefield at Disrupt SF are now open. We’re looking for new, yet-to-launch startups to debut on the Disrupt Stage.

For those of you who don’t yet know, the Startup Battlefield is a world-renowned startup competition. It’s like the gymnastics portion of the Summer Olympics. It’s like March Madness for tech geeks. It’s quite literally the inspiration for HBO’s Silicon Valley.

Teams are competing for $50,000 and the illustrious Disrupt Cup.

So who have we had on our Battlefield stage and what do they do after launching with us? Agrilyst, the Startup Battlefield winner at Disrupt SF 2015, raised a seed round of $1 million led by Brooklyn Bridge Ventures. Fleet, formerly Shipstr of Disrupt SF 2014, raised a $4 million seed round to build out the Yelp of international cargo shipping. And 6SensorLabs, recent winner of our Hardware Battlefield, raised a $9.2 million Series A to develop a line of food allergy testers.

As a whole, companies that participated in Startup Battlefield have raised over $6.1 billion and had over 76 exits. 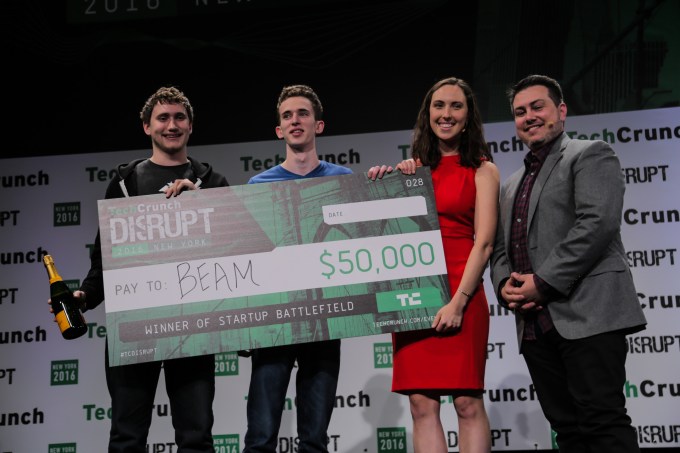 There are no fees to participate in the Startup Battlefield. Selected companies also receive free demo space in Startup Alley, tickets to VIP events, a Battlefield-only reception and, of course, TechCrunch swag. Prior to the event, startups work with TechCrunch editors to hone and polish their pitches.

Full details on eligibility can be found here.

Building a great company encompasses much more than strong launch but, in our humble opinion, it doesn’t hurt.

Applications are now open through June 23rd at 9pm PT. To apply, head on over to our Startup Battlefield page.