Today Twitter redefined its laws of physics. But while it’s posed as a simplification of the 140-character rule, the change will reshape information density, conversation style and self-promotion in the app.

If you want to know what’s happening and why, read TechCrunch’s detailed breakdown of the changes scooped by Bloomberg’s Sarah Frier. Here, we’re going to examine the how, as in how this will impact the Twitter that 300 million people have ingrained into their life, and billions more never figured out.

This isn’t about declaring the changes good or bad as a whole. That’s a narrow and unproductive way to assess the evolution of anything. Instead, it’s about deducing the way they’ll nudge our behavior in new directions. 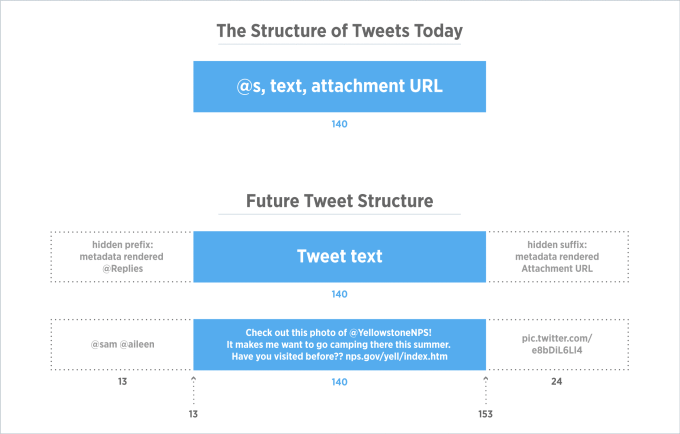 Essentially, media attachments and @reply usernames will no longer count toward the 140-character limit, you’ll be able to retweet yourself, and tweets that start with @ will go to all your followers once Twitter rolls out the new system in the coming months.

So what does that mean?

Wordier tweets — media attachments don’t count: You won’t have to say less to show more. So we’ll say more. Indeed, 140 characters is already a compression of the way most people think. We’ll frequently exploit the extra 24 characters, filling them up.

Images, videos, GIFs, tweet quotes or polls will come with longer descriptions. You’ll know more about a video before you watch it, so maybe you won’t need to watch it, or maybe you’ll be sure you do. You’ll better understand what a photo is instead of just staring at it. You can extol the intelligence or idiocy of another’s tweets and your own when you quote them, with more room for analysis.

Twitter will be less jaunty and interrupted. You’ll spend more time smoothly scrolling the feed or watching clips that truly interest you than rapidly popping in and out of the media viewer, confused or unsatisfied.

Links will continue to count against 140 characters. You’ll still be opening news articles without a better sense of where you’re going, facilitating blind bounce backs when you realize you didn’t care about that blog post.

On a whole, the information density of Twitter will be diluted. It will be harder to skim through the text of your feed because there’ll be more of it. Up to 17 percent more. You might read longer tweets and fewer total tweets per session. Twitter’s magic is the expedited consumption of condensed knowledge. Now you might learn more about less instead of less about more.

Deeper conversations — @replies don’t count: Twitter is replacing the cramped canoe for a spacious yacht. Talking to someone instead of everyone won’t reduce your room to speak. You’ll no longer have to trade clarity for more conversation partners.

The Twitter canoe, where more and more usernames overtook more and more space for words in a reply until the exchange ran aground, also kept conversations from becoming endless. It created a life cycle. Twitter is mobile, and you might not want discussions to spill over your coffee break into the rest of your day.

As a discussion encompasses more people, ideas won’t have to be folded smaller and smaller. That will encourage debates and chit-chats that are more exhaustive, both in the sense that they will be more comprehensive but also more tiring.

Smarmier self-promotion — retweet yourself: Why write something new when you can bombard your followers with what you already said? Clamoring for page views on your blog posts or conspirators for your call to action will get easier, and less exciting.

Twitter is already a broadcast platform, where people care more about their motives than their audience because, hey, they followed you by choice, right? They’re not your “friends” and they’re not obligated. You’ll have another way to assault their eyes.

But also to combat the temporality of the rushing stream, Twitter is getting more algorithmic, though it’s still mostly a chronological queue where few read everything from everyone they follow Retweet yourself 12 hours later and you might find a whole new crowd consuming your content.

Fewer ways to look stupid — .@ isn’t necessary: Nothing made diehard Twitterers laugh at newbies quicker than receiving an @reply that only appeared to your mutual followers when the author meant to tweet to all their followers. I still get these frequently, and struggle with whether to kindly point out how Twitter works, or chortle to myself. Now rookies and veterans will have one less counterintuitive trick dividing them. 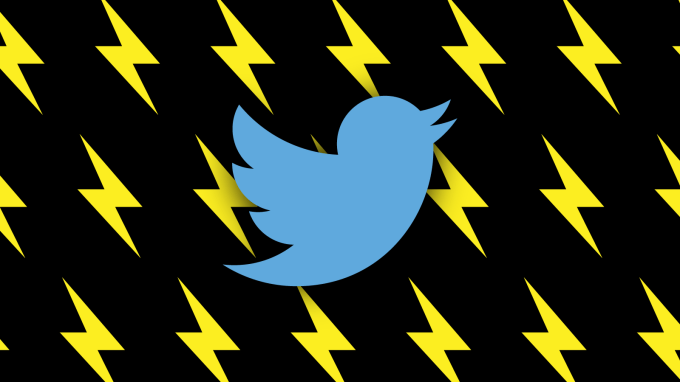 While I won’t declare whether these changes are good or bad overall, Twitter can at least be commended for not royally screwing anything up. It didn’t reverse gravity or turn the sky purple. It modified how length is measured.

Yet to truly revitalize the millions it churned with crummy onboarding, and magnetize the masses that feel they already have a friendly audience on other social networks, Twitter may need more drastic change. Or at least, the discovery of some new form of energy able to enrapture the minds of Twitterers yet to be.