One of the biggest challenges of a hardware crowdfunding campaign is delivering in a timely fashion. Indiegogo knows that better than most, and is teaming up with Arrow Electronics to help entrepreneurs deliver products through engineering assistance and go-to-market support.

The move is continuing the crowdfunding platform’s hard push to beat Kickstarter as the go-to platform for gadgets and electronic products, positioning itself as a full funding-to-production platform.

The new alliance is a shrewd move for both companies.

The Arrow integration means that Indiegogo is getting its hands dirty in the process of getting products to market — a refreshing change in the crowdfunding world. Qualifying campaigns will get direct access to Arrow’s design tools, prototyping services, manufacturing support, supply chain management assistance and — most importantly — engineering experts. The top-tier package includes products and services worth up to half a million dollars.

“We’re very excited as Arrow strengthens our commitment to helping entrepreneurs turn their ideas into products as quickly as possible,” said Indiegogo CEO David Mandelbrot. “We’ve seen an incredible amount of growth among tech and IoT projects on Indiegogo and we think that’s because we’re developing new ways to help entrepreneurs with support beyond funding, and this Arrow collaboration is a great example of that.” 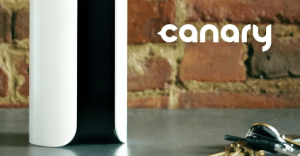 Canary’s Indiegogo campaign became a tremendous success, and was delivered with Arrow’s help a while back.

Before committing to help, Arrow will assess Indiegogo campaigns for their technical feasibility, manufacturability and is-this-a-good-idea-in-the-first-place-or-will-it-die-the-fiery-death-of-crushed-entrepreneur-dreams (okay, I may have made up that last part). Campaigns that are receiving the Arrow treatment receive a special Arrow badge signifying that the campaign has an army of Smart People behind it, which in theory should increase its chances of delivering successfully.

Over the last year, Indiegogo has introduced new services meant to support entrepreneurs beyond the crowdfunding stage of their business, including InDemand, which enables campaigns to continue accepting pre-orders after their crowdfunding efforts end, and Marketplace, which is Indiegogo’s leap into e-commerce, offering a service for business owners to sell products that are ready to ship.

A sharp move for both companies 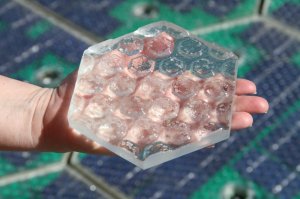 Solar Roadways was successful on Indiegogo and went on to deliver with Arrow’s help.

Integrating with Arrow is a tremendously interesting move from Indiegogo’s side, but it remains to be seen whether it’s a good business decision; the introduction of the Arrow badge could potentially create a two-tier system, where campaigns with the badge find it easier to get funding and campaigns not so adorned wither away, unloved and alone.

Arrow and Indiegogo aren’t strangers to each other; the tremendously successful Solar Roadways and Canary Indiegogo campaigns both turned to Arrow for delivery help and both are well on their way to delivering on their $2 million-plus Indiegogo campaigns. The new initiative, Indiegogo says, merely formalizes the existing alliance between the two companies.

The new alliance is a shrewd move for both companies. Arrow gets its stamp of approval from Indiegogo and the pick of a tremendous deal-flow well above what its competitors (such as PCH, who founded the Highway1 accelerator as part of its deal-flow generation strategy) could dream of. Indiegogo also wins, by playing to the hearts of entrepreneurs and backers alike in actively working to improve the delivery ratio of its successful projects.

It is unclear whether the Arrow deal is exclusive, but my hope is that this deal is the first step. Indiegogo could do a lot worse than establishing a support marketplace for high-quality businesses to help newly minted entrepreneurs make the most of their crowdfunding dollars in the pursuit of delivering their dream products to the eager public.