AT&T announced this morning that it will acquire Quickplay Media, a video streaming platform that powers over-the-top video and “TV Everywhere” services that help its customers stream their video content to any device, including mobile phones. Deal terms were not disclosed, but the two already had an existing relationship. AT&T was using Quickplay for its U-verse TV Everywhere offering, and will use it with its forthcoming TV streaming services, DIRECTV Now, DIRECTV Mobile and DIRECTV Preview.

AT&T had previously unveiled its plans for its over-the-top streaming services, following its acquisition of DIRECTV back in 2015 for $48.5 billion, which made it the largest pay TV provider worldwide.

These services, due in the fourth quarter, will allow customers to stream DIRECTV online without an annual contract, satellite dish or set-top box. That will put AT&T in more direct competition with Dish, which runs streaming TV service Sling TV, as well as with Comcast’s Stream, Sony Playstation Vue, and even Hulu, which recently unveiled its own plans to offer a live TV service.

It makes sense, then, that AT&T would want to own the infrastructure that’s already powering a number of its offerings, both publicly available and in the works. Just as important, AT&T is retaining Quickplay’s talent – the company says that Quickplay’s more than 350 employees and contractors will join as a part of this deal.

“Our strategy is to deliver video content however, whenever and wherever,” said John Stankey, CEO, AT&T Entertainment Group, in a statement. “Quickplay’s multitenant IP distribution infrastructure, combined with AT&T’s leading scale in IP connected end points, will allow us to host and distribute all forms of video traffic. We intend to scale and operate an industry-leading video distribution platform, and viewers will get the high-quality online video viewing experience they desire.”

Toronto-based Quickplay was previously owned by private equity firm Madison Dearborn Partners, after it paid $100 million to take a majority stake in the company.

Quickplay serviced a number of other customers besides AT&T including Verizon (disclosure: TechCrunch parent) and HOOQ, a joint venture between Sony Pictures, Warner Brothers, and the Singtel Group. The company in the past had worked on other streaming services like one which brought TV shows to Blackberry, as well as Qualcomm’s FLO TV.

Bell and Rogers Communications in Canada, Samsung, Telus, Sirius XM, Vodafone, AccuWeather, Bloomberg Television and others, are also customers, according to the company’s website.

AT&T says that Quickplay will continue to serve its existing global customer base, which as of last summer reached a billion addressable viewers, the company had said at the end of its fiscal year. It had also then claimed 44 percent year-over-year growth, 65 percent year-over-year gain in video-on-demand hours, and 25 percent growth in linear over-the-top channels. 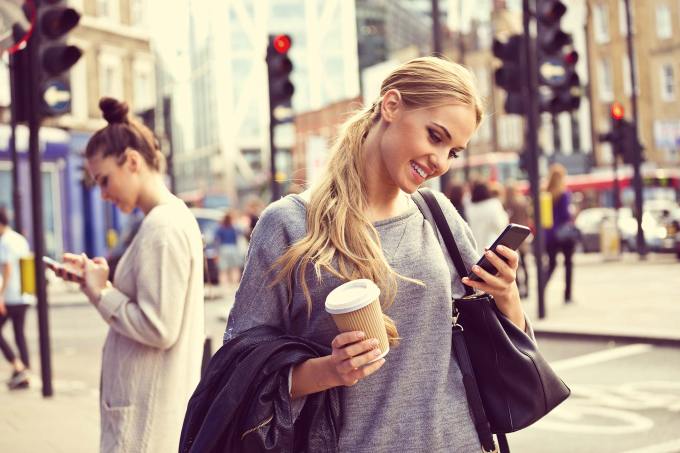 The acquisition comes at a time when pay TV providers are working to shift their existing customer base from cable and satellite to internet-powered services that stream to any device, as many today are cutting the cord in favor of streaming offerings like those from Netflix and Amazon.

Some are working to take traditional television over-the-top, as with Dish’s Sling TV or Comcast Stream, while others invest in new mobile-friendly video services, like Verizon’s go90 or Comcast’s Watchable. AT&T also has its own entry in this later space, as it has backed Fullscreen, a new streaming video service that offers a mix of shorter originals and Hollywood content which you can watch on TV, the web and mobile devices.