Indiegogo wants to step out of Kickstarter’s shadow by embracing commerce beyond crowdfunding. That means helping sell pre-orders and finished products from entrepreneurs who are done raising money. So today Indiegogo announced it’s acquired select assets of Celery, the “pre-commerce” platform that specializes in beautiful, fully-tailorable sites for taking product pre-orders.

“We had certain customers who wanted a really customizable platform” Indiegogo CEO Dave Mandelbrot tells me. “It’s not something we couldn’t build ourselves, but we wanted to be in market with a really good solution quickly.” The terms of the deal weren’t disclosed.

[Update: The deal here is a bit abnormal.  Indiegogo tells me it has acquired the IP of Celery’s pre-order business, including its domain, logo, and licenses to its source code, yet somehow Celery will remain a standalone company through and after the transition of the assets. It’s unclear whether Celery will have to rebrand, or how exactly it will operate.] 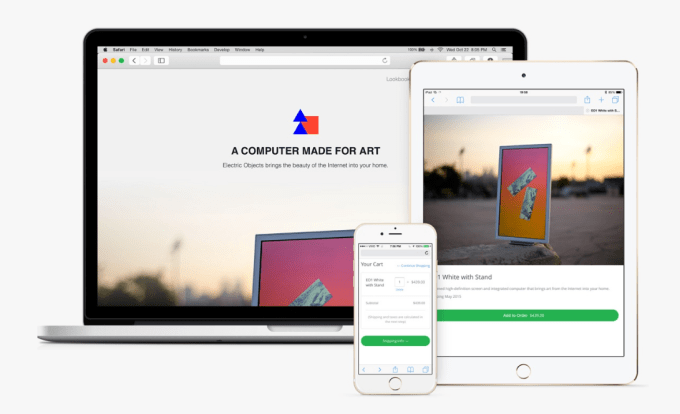 Celery was founded in 2013 by Groupon’s VP of biz dev Chris Tsai and went on to raise $2 million from Y Combinator, SV Angel, and Max Levchin. Instead of disappearing when a crowdfunding campaign ended, Celery was built to be a home for selling products throughout their journey from raising money to pre-orders to traditional sales. It could make standalone sites, work at your custom URL, or be plugged into an existing website as a widget. 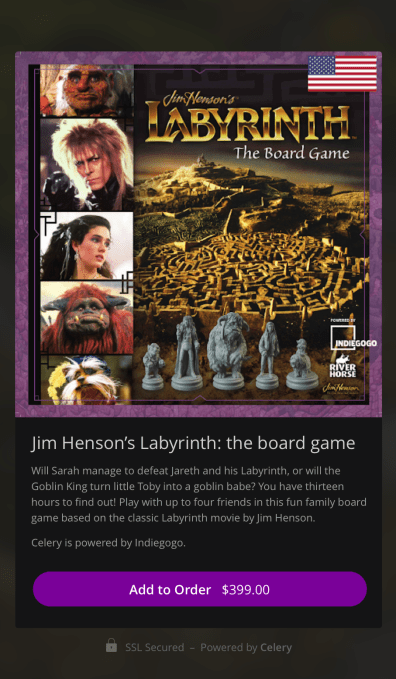 By charging 2% instead of 5% like Indiegogo and Kickstarter, it was attractive to more established product inventors willing to take less free promotion in exchange for keeping more of the money earned. And unlike the rigid templates required by the big crowdfunding platforms, Celery appealed to design purists who wanted full control.

Now Indiegogo will be absorbing Celery assets into its InDemand product that it launched in January 2015 to sell products post-crowdfunding.

All Celery customers will get an InDemand site auto-populated for them until the transition is complete. Unfortunately for makers, they’ll now have to pay out Indiegogo’s higher 5% cut. But in exchange, they’ll get free promotion to Indiegogo’s 15 million monthly visitors, plus there’s no monthly fee.

InDemand was already taking in $20 million in pre-orders per quarter. With Celery’s skills in customization and rapid check-out, that number could grow fast.

Tsai tells me some polished brands might have been reluctant to sell through a platform known for scrappy crowdfunding. Celery could get these more professional UI and UX-focused merchants into the Indiegogo family of products. Plus, now an entrepreneur who builds a customer base on Indiegogo crowdfunding can stick with it and keep selling after their campaign ends. 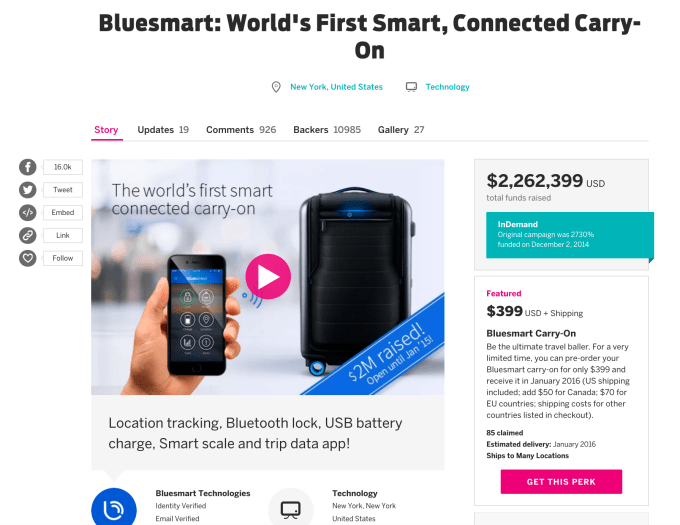 “Our strategy around commerce is to be a solution that enables entrepreneurs to get all the way from concept to market” Mandelbrot concludes.

The acquisition represents an evolution for the crowdfunding industry. Instead of being thought of as a completely distinct way to sell, platforms like Indiegogo now see crowdfunding as a natural part of a product lifecycle they should be embracing in full.