I used to answer every message. Not any more. When Messenger buzzes, now I don’t know if it will be a friend or a bot. Every chime forces me to do a little Turing test in my head. Was I expecting to be pinged by a pal? Or is it 8:11pm again and TechCrunch’s bot is sending me another daily digest.

This is how we ended up hating email. What started as a way for colleagues to exchange important academic research became a constant barrage of newsletters, receipts, and personal-sounding pleas for help…sent to thousands or millions of subscribers.

Gambling With The Future Of Chat 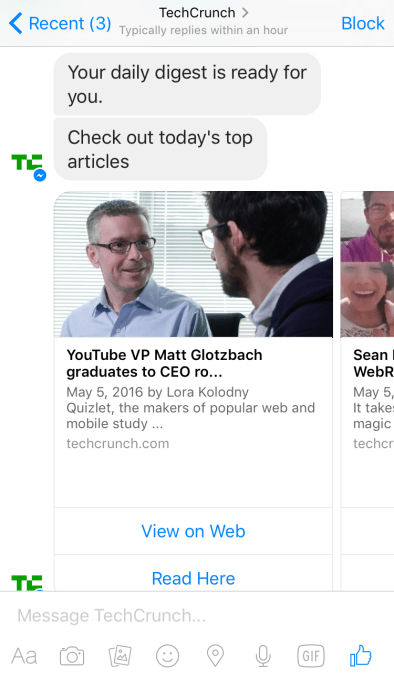 I think it’s no coincidence that Facebook waited until now to unleash bots on us. Even just a year ago it was barely over half its current size, and far from being an institutionalized communication utility. The messaging market was heavily fractured and SMS was a more popular fall back.

Now with Messenger approaching a billion users, Facebook has a little leeway. It’s by far the biggest mobile messaging app in the western world, and it’s not worried about the International market since it owns WhatsApp, the reigning champ most everywhere else but China.

Facebook is making a calculated bet that it can get businesses on board Messenger without actual people jumping ship. Head of Messenger David Marcus told me a month ago that the app “can become the main, central hub for all of your communication and interactions with all sorts of different services and business, and it will remain forever a people-centric thing.”

If Messenger succeeds, it could host customer service, ecommerce follow-ups, news content, and marketing beyond friend-to-friend communication. It has the opportunity to steal use cases from phones, email, RSS feeds, and websites.

Many of these experiences might be better on Messenger.

Touch-tone phone menus and hold times are inconvenient and annoying. Messenger could make contacting your airline or local business easier and asynchronous, with the pace controlled by the customer. Instead of a half-dozen separate emails, you could get your purchase receipts and shipping notifications in a single Messenger thread. And with some artificial intelligence, skillful design, and practice, bots could create personalized conversational interfaces we can’t dream of yet.

But the risk is high. Spam is one thing in email, which you might check at your leisure. It’s magnitudes worse when you’re getting push notifications on your phone. Anyone who’s ever had to text “STOP” to mute an SMS marketer knows how annoying businesses can get when they contact you directly. Telemarketing is still the bane of families trying to have a peaceful dinner. 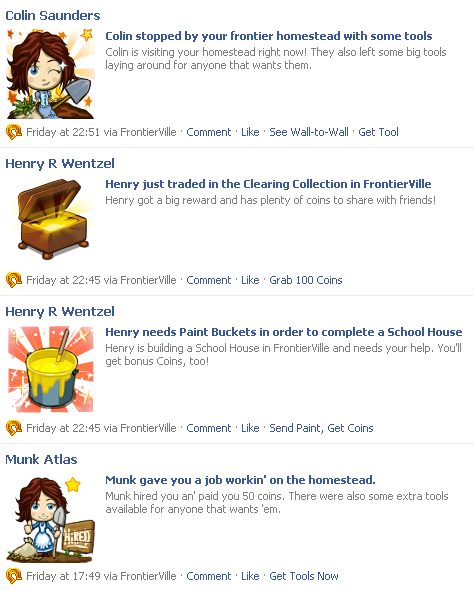 People embraced connecting with business in Facebook’s News Feed. But again, they weren’t able to alert you and the quality of your feed was protected by the ranking algorithm, hiding things you never engage with.

Spam almost killed the News Feed in 2010. Companies like Zynga incentivized users to let social games pester their friends. Eventually Mark Zuckerberg admitted that “one of the biggest drivers of negative experiences has been games”, and Facebook drastically reduced the viral growth channels for FarmVille and the rest.

The result was a bad user experience, followed by a bad developer experience. Users became reluctant to play games or post about them. Developers felt the platform whiplash, watched traffic tumble, and companies like Zynga shrank to a fraction of their former popularity and value.

The worry is that Facebook is ploughing into the same situation with Messenger chatbots. Give a bot permission, and it can ping you every day.

It doesn’t help that the first wave of bots largely sucked. CNN’s bot couldn’t understand a request for “U.S.” news beyond sending articles with “U.S.” in the headline. Spring’s commerce bot annoyingly pushed users to buy things higher than their stated price limit. And Poncho. Ugh. Don’t get me started on Poncho the weather cat bot that can’t parse the simplest of weather questions. 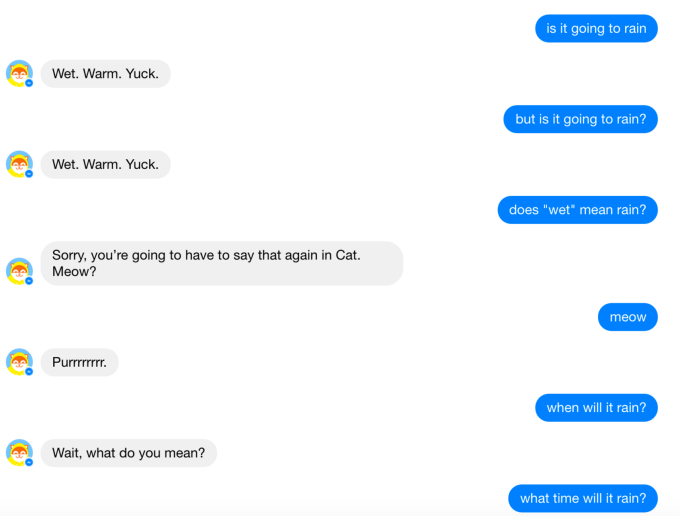 Meanwhile, Messenger is also testing Sponsored Messages, which will let businesses pay to ping you, as long as you’ve chatted with them before. Facebook’s already raking in $1.5 billion a quarter in profit, yet it’s playing with fire in the form of Messenger ads.

The result is the potential for a lot more noise amongst the signal in Messenger. Too much robotic static, and users might slip to other chat apps, or be less likely to open Messenger and respond to friends.

When I asked Marcus about this problem at F8, he told me that “When you think about the first line of defense for bad experiences, we have the ability to control the number and quality of messages that are sent to you, which is not the case with email.”

So at least Facebook can pull the plug on spammers if necessary. Users can also easily block businesses. Right now, though, Facebook’s is actively promoting bots, like one for the Call Of Duty video game. Its gamble to win the future of chat could create diverging interests from its user base. 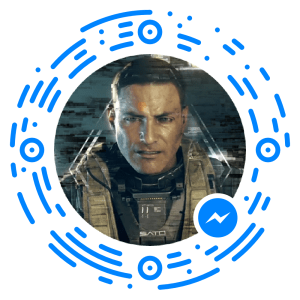 “What you’ll see is we’ve been very thoughtful about this…not all messages from businesses notify your phone but they might bump your thread [to the top of the list].” Facebook will need to aggressively monitor spam and engagement levels, and limit bots that are more annoying or valuable.

If I subscribe to a regularly scheduled message from a bot like a news digest but don’t open it for days or weeks straight, Messenger should mute its notifications or otherwise limit the bot’s ability to contact me. The News Feed adapts to my implicit preferences, and so should Messenger. Facebook should also provide developers and brands with better chatbot analytics so they can self-police and modify their own strategies to reduce spam.

Still, it’s a broken window problem. Like an abandoned house in a bad neighborhood, once everyone sees broken windows don’t get fixed, suddenly more windows get broken while trash and graffiti proliferate.

Once I’m willing to leave Messenger threads unread because they’re from bots, and that notification counter jewel on the app’s home page icon never goes away, I start ignoring friends too. That leads them to try texting me instead, because while SMS might lack Messenger’s fresh features, they know they won’t be drowned out by spam. 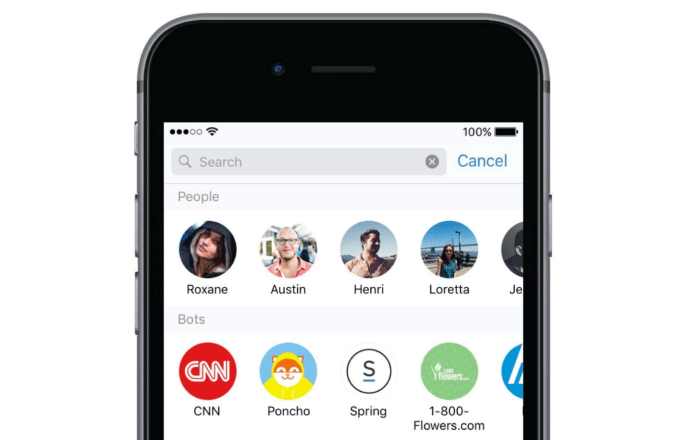 If Facebook doesn’t nip this in the bud, it might end up having to walk back parts of the bot platform down the line to keep us from disengaging.

Marcus insists “Any interruption to your daily life needs to be high value, and it’s not trivial to do it at this scale and do it well, but we think we have the first answers…to preserve the integrity of the platform.” Facebook’s rule over the future of communication depends on it.