“There are not a lot of toys targeted at children with special needs,” says Ladislas de Toldi. “Because of their special needs, it’s harder for them to focus and progress. So how do you make an exceptional child learn and progress?”

The Paris-based engineer is making the hard sell for Leka over the phone, a few days ahead of launching the company’s big Indiegogo campaign. It’s clearly not his first sales pitch. The company’s co-founder recently made the tech press rounds back in January when he showed off his little spherical robot at CES.

de Toldi quickly recites the story of the company’s founding, how he and co-founder Marine Couteau teamed up at France’s Ecole de Biologie Industrielle when a professor challenged the pair to create a tool designed to address the needs of autistic children.

“We met with as many children, parents, caregivers and friends to understand what autism was and to get a feeling about how our tool could be helpful for them,” he explains. “Since the beginning we’ve been working hand-in-hand with therapists and special education schools, because we know how to develop a robot, but these people are the ones who know how to take care of the kids.”

While the Leka was designed specifically with autistic children in mind, the product’s scope has since grown to cover a wide swath of kids with special needs. “We started with autism and did our first tests with children at school with Down Syndrome and other disabilities and discovered that the robot works with those children, as well.”

The robot itself rolls around, changes color and has a built-in display designed to engage children with interactive games. It’s a platform really, one that executes specially designed apps like “Color Bingo” and “Hide and Go Seek,” not unlike the iPad, which de Toldi considers Leka’s chief competition aside from a handful of pricier tools created specifically with this target audience in mind.

At $699, the robot is priced somewhere between an iPad Air and iPad Pro — not exactly a cheap proposition. We showed video of the Leka to Dannett Slamka Rice, whose son Ethan authored the picture book Ethan’s Story; My Life With Autism, prior to the interview. She balked at the price, explaining that there are far more affordable alternatives available and questioning how quickly kids would grow bored of the device.

“The thing that the iPad doesn’t have is the ability to use the whole body to interact with it,” de Toldi adds, referring to the robot’s mobility and a series of built-in sensors, including motion and proximity, along with an RFID reader, all designed to monitor the way in which the child interacts with the toy. 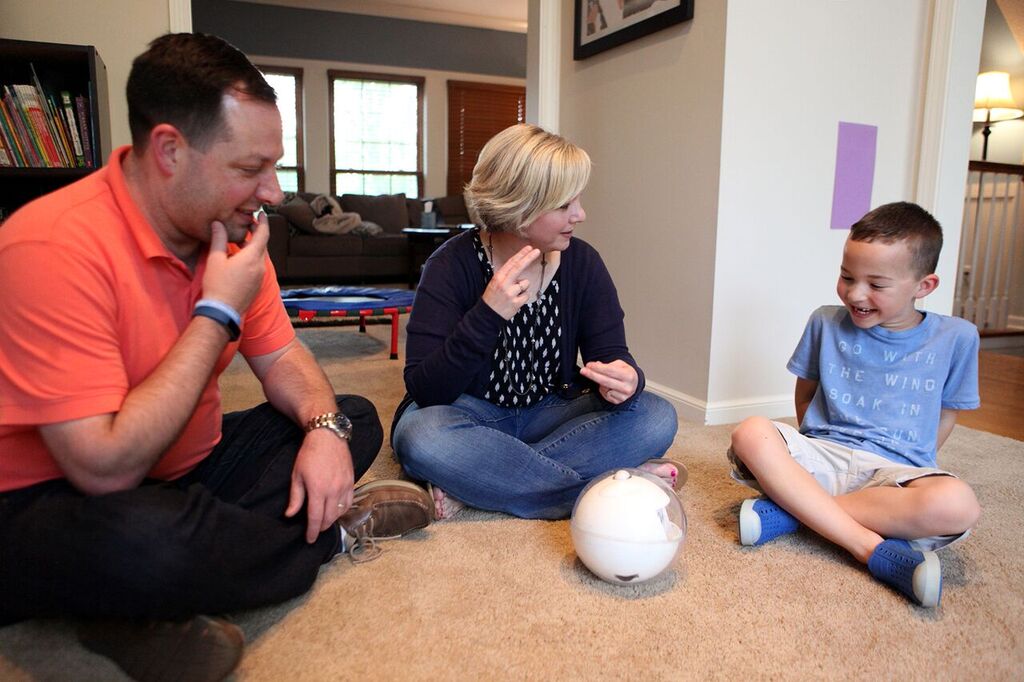 The key, he explains, lies in those sensors. “You can use any kind of toys, but you won’t get this monitoring platform with a regular toy. The data we generate, the analysis we can do, and the tracking is extremely helpful. This is how we show the progress of the child. If this can be automated, it’s easier for them, and they can spend more time doing actual therapy, rather than taking notes.”

And while de Toldi explains that the company has employed experts in the fields of autism and other special needs, he’s quick to point out that Leka is not a medical device. “We don’t like the term ‘therapy device,'” he explains. “We are an educational tool.”