Far from being the exception, recent data shows that the nation’s tech titans don’t have much faith that the Republican party has good long-term economic policies for emerging industries. More and more, the richest Americans are donating more to Democrats than Republicans.

“Changes in [the Forbes 400] partisanship could well reflect changes from a manufacturing and extraction economy to a technology and information economy—Silicon Valley and Hollywood are generous to Democrats,” wrote Stanford Professor Adam Bonica, in a recent paper analyzing the political giving of the Forbes 400 since the Reagan administration [PDF]. Between 1982 to 2012, the GOP’s share of donations from the wealthiest Americans plummeted from 68% to 59.

While many billionaires give to both parties, Bonica found that as tech becomes a larger share of the Forbes 400, the number of elites giving more to Democrats and Republicans increased.

Google’s Eric Schmidt, for instance, is a big time Democratic supporter (personally helping the Obama campaign team), but also donates to some Republicans. Folks like Schmidt are part of the changing political landscape of Democratic-leaning billionaires, which portends a lot more fundraisers, like Hillary Clinton’s recent $350K-a-seat star-studded dinner in San Francisco.

This election, many campaigns are railing against the nefarious influence of “millionaires and billionaires,” so it seemed like an opportune time to see if the trend held up.

Indeed, for the 2016 election, 39% of the nation’s wealthiest donors are backing Democrats more than Republicans this election. Despite the rhetoric, closer to half of the Forbes 400, are bigger fans of Democrats.

This brand new presidential campaign data comes courtesy of Crowdpac, a political startup, which handed me a novel list of public contributions from the 2016 election cycle, filtered by donors in the Forbes 400 list of richest Americans (the data is all public, but weeding out 400 names from thousands of contributors is a monumental task. Bonica is a co-Founder of Crowdpac). While the data does not reveal secretive superPAC giving, it is a fascinating look at the shifting public views of the nation’s elite. 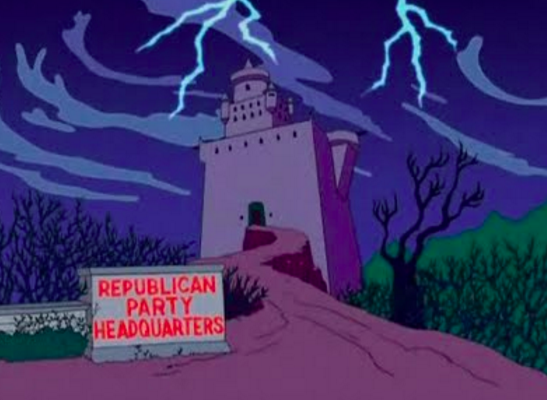 To be sure, the stereotype that billionaires are a cabal of anti-tax Republican cheerleaders is not entirely without evidence. While there are roughly equal numbers of billionaires that contribute more to liberal causes than conservative ones, the sheer size of the conservative-political warchest is extraordinarily lopsided: 82% of all donations from the Forbes 400 come from conservative-leaning billionaires ($46M vs $10M).

The same is true for Silicon Valley, where one of the only conservative-leaning donors, Oracle’s Larry Ellison, gave an astounding $4 million to a superPAC supporting the former Republican establishment favorite, Senator Marco Rubio.

But!–and this point is crucial–the anti-tax stereotype doesn’t explain why so many of the nation’s business titans would vote for the party that wants the IRS to take a greater portion of their wealth away.

A cynical explanation for Democratic-giving is that the nation’s elite want to hedge their bets and contribute to any potential winner. But, if that was the case, they’d give to each party evenly and Silicon Valley is conspicuously Democratic.

I think the more likely explanation is that the nation’s new industrial titans are pro-government.

Google, Facebook, and most Internet titans are fueled by government projects: the Internet began in a defense department lab, public universities educate a skilled workforce and environmental policies benefit high tech green industries. The CEO of Uber, Travis Kalanick, is a fan of Obamacare, which helps his entrepreneurial drivers keep their health insurance as they transition between jobs.

In other words, the Democratic party is good for emerging industries and billionaires recognize it. Donald Trump is a candidate known to go after major figures in tech; a trend that may further the Democrats friendship with new industrial titans.

Perhaps more importantly, I’ve argued that the modern emerging workforce of Silicon Valley, urbanized professionals, and “gig economy” laborers all represent an entirely new political demographic redefining the Democratic party to be more about education, research and entrepreneurship, and less about regulations and labor unions.

I think this latest data on the 2016 presidential cycle lends evidence to a new labor alliance in American politics.

The nation’s industrial elite may still be self-interested, but their politics align with a broad base of green businesses, schools, college graduates, and self-employed workers.

*Methods note: Data comes from the Federal Election Commission, current to December 31, 2015, filtered by individuals on the Forbes 400 list of wealthiest Americans. Partisanship of individual donors is measured by Bonica as aggregate political giving to organizations and candidates with an identifiable liberal or conservative ideology.