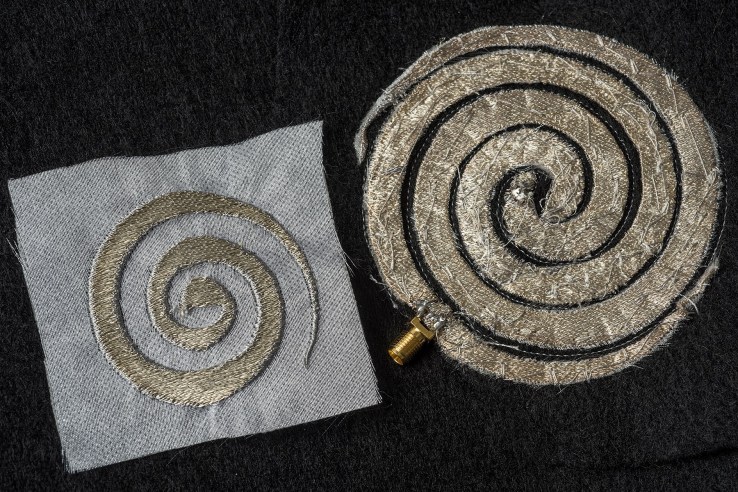 Wearables may be the next big thing, but what about the wearables we already wear? Integrating electronics into everyday clothes is still some distance off, but researchers at Ohio State University have taken an important step: weaving circuits into clothes with enough precision to integrate them with ordinary PCBs.

“For the first time, we’ve achieved the accuracy of printed metal circuit boards, so our new goal is to take advantage of the precision to incorporate receivers and other electronic components,” said Ohio State ElectroScience Laboratory director John Volakis in a news release. “We believe that functional textiles are an enabling technology for communications and sensing — and one day even medical applications like imaging and health monitoring.”

Volakis and his lab have been working on this tech for a long time. Two years ago, they were weaving with 600-filament count conductive polymer thread half a millimeter in diameter. Now they’re down to 7-filament copper-silver threads that are 0.1 mm wide — which not only enables patterns to be laid with greater precision, but the improved conductance makes less thread needed. That saves cost and weight. 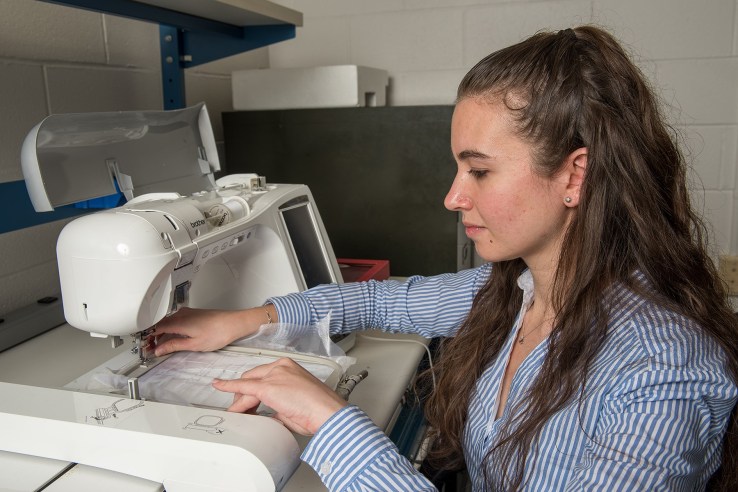 Built-in antennas and leads for power are an option: one prototype created by researcher Asimina Kiourti has RFID integrated, and another is ready to receive other bands. A six-inch-wide fabric antenna flawlessly collected transmissions from 1 to 5 GHz in tests.

The threads themselves are merely a conductive medium, and can’t do any electronic stuff by themselves, of course — they need to be connected to a microcontroller somewhere. But conductive thread is versatile and can be integrated with other flexible electronics. Think of it this way: you won’t be getting live contour information on your six-pack, but you won’t need a dozen keyfob-sized lumps all over your workout clothes to know how many sit-ups you’ve done.

Perhaps most importantly, the resulting fabric feels like fabric, not a suit of armor. That said, it remains to be seen whether the garments or patches would stand up to everyday exposure to moisture, friction and so on.

The research was funded by the National Science Foundation, and the university plans to license it through its Technology Commercialization Office. We’ve asked for more details and will update the post if we hear back.