Ever hear of first-person drone racing? If not, you’re in for a treat. This kinetic and exciting sport, or competition, whatever you want to call it, is growing fast and it looks like ESPN wants a piece. The sports network signed a deal with the International Drone Racing Association today that could help bring races to the mainstream.

In case you’re not familiar with the activity, first-person drone racing has competitors flying drones at breakneck speeds through preset courses — while wearing head-mounted displays that show the view from the drone itself. They really go quite fast. Here, this video will explain it better, and with more bombast:

Exciting? Yes. Futuristic? Certainly. Nausea-inducing? Very possibly. Especially if you decide to spectate from the drone’s POV (yes, you can do that).

Under the “multi-year, international media distribution deal” IDRA signed with ESPN, the network would stream the 2016 Drone Racing Championships (national and world) on its streaming ESPN3 service, and the full event would be distilled to an hour-long special for airing on ESPN2 and potentially other channels.

“ESPN saw it moving in a big direction, and had some buy-in from the higher-ups,” said IDRA chairman Scot Refsland in a phone interview with TechCrunch. “We’ve got a professional announcer, live interviews, bios, all that stuff. ESPN was so interested in the space that they wanted to be our partner internationally as well.”

For now the content will be produced by Generate LA, with veteran sports TV producer David Gavant at the helm.

ESPN may very well give drone racing its own online vertical too, as it has done for esports (or cybersports, or what have you) like League of Legends and DotA 2. That’s if the footage doesn’t give viewers motion sickness. 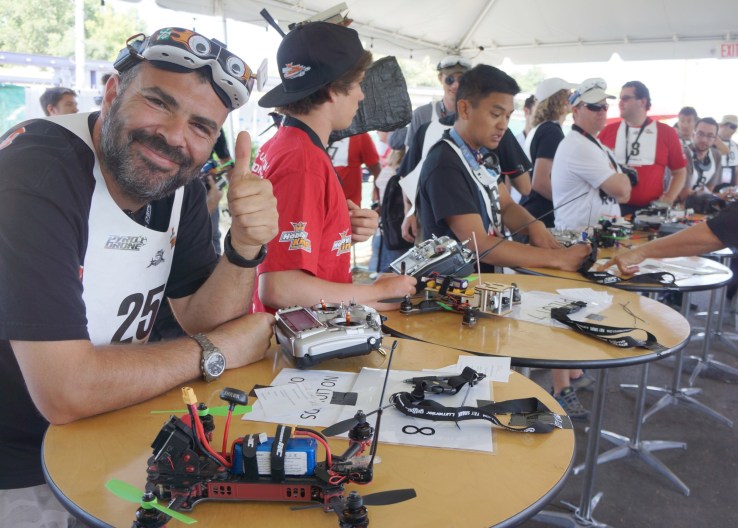 Regulatory issues pose both a problem and an opportunity. IDRA worked closely with the FAA, allowing them to use the whole operation as a case study for commercializing drones

“Currently, the legislation that we have… it doesn’t really support drone racing. It falls out of that grey area,” said Refsland — but the FAA has been accommodating. “They’re very strict on safety stuff, but they’re open to the interpretation of, ‘OK, this is on a closed course, it’s monitored by the AMA, the Academy of Model Aeronautics, the FAA, people from the state governor’s office.’ They understand the risk between risk and commercial viability.”

IDRA recently merged with another drone racing organization, RotorSports, in the interest of quicker growth and making sure that, of all the feet crammed in the door to this potentially lucrative new competitive landscape, theirs is the biggest.