Getting a hand-written note in the mail today is a rare treat, as most of our communications have gone digital. Another reason for this? Our penmanship has massively suffered as we spend more time typing, and less writing with pen and paper.

I mean, sure, I could send you a note right now – but could you actually read it? Highly doubtful.

Fortunately, a pair of mobile applications, Felt and Punkpost, are solving this problem by allowing you to craft personalized note cards from your phone, with ink that looks like you actually wrote it yourself.

To be fair, there are already a number of apps for sending cards via your smartphone, like Ink Cards or Red Stamp, for example. But these are more focused on sending out traditional greeting cards with printed text. They work great for things like announcements or party invites, but less so when you want to add more of a personal touch to your note.

One newcomer to the personalized cards space is Felt, which lets you use your own photos to craft your card or one of the included designs. That’s similar to many other apps, of course – what makes Felt interesting is that it also lets you handwrite a message using your own finger or a stylus. That means your handwritten card is actually handwritten! Clever.

You can also write or doodle on either the front or back of Felt’s mini square-shaped cards, thanks to this feature.

Of course, as anyone who has signed a Square receipt with their finger knows, writing on the iPhone’s screen can be challenging. So if you don’t have a stylus available, you can choose from several designer fonts instead.

In addition, not only is the card itself handwritten with either your own writing or a font, the envelope, too, can be handwritten. 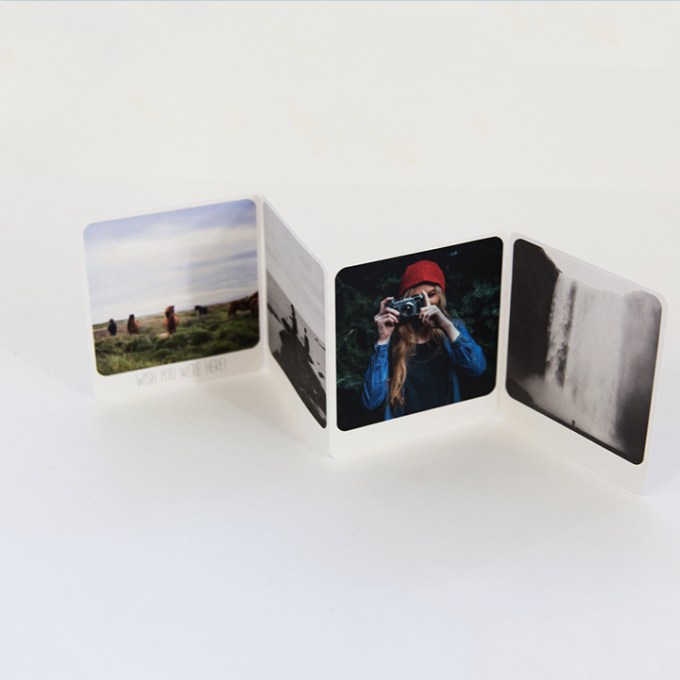 There are two pricing tiers to choose from – a single card for $3, or an accordion-style card with up to 4 photos for $6. (See image on right).

When you’re finished, the cards are printed, sealed in their square envelopes, stamped and mailed on your behalf within 24 hours.

According to the founders, Tomer Alpert and Gracie Everitt came up with the idea for Felt when they were driving home from a dinner party. Gracie had wanted to send the host a Thank You card, but the stores were closed. Tomer then searched the App Store for a card sending app, but none allowed you to “actually handwrite” the message. That’s why they built Felt, they said.

The startup was bootstrapped for three years, but this January raised a small seed round from FG Angels.

Punkpost has been on the App Store since last year, but recently got a big update which introduced support for 3D Touch, Facebook integration, a new checkout experience, cards organized by occasion, a section for upcoming events, and more. This has improved the app, as it’s now easier to find an appropriate card, as well as see when you may need to mail a card – like for a friend’s birthday, for example.

Unlike Felt, which is more about using your own photos (its included designs are a bit generic), Punkpost employs a community of artists and writers to give its cards a more boutique feel. These designs aren’t your standard Hallmark greetings, at all – its artists have done work for Tory Burch, Kate Spade, GQ, and Vanity Fair, the company touts. 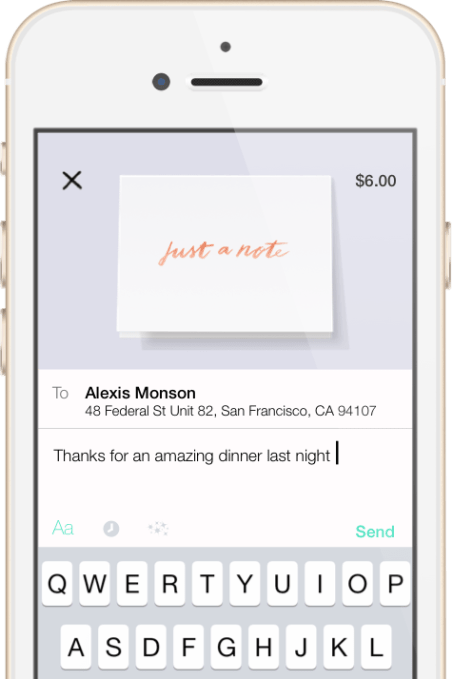 Plus, the cards themselves can be a little off-color like the “This shit is bananas” card, “I like your buns,” “Bad-ass birthday,” or the “EFF YES YOU DID” card, etc. (Hence the “punk” in Punkpost.)

However, unlike most greeting card apps, Punkpost’s writers actually handwrite your message, and they’ll send you a photo of the finished product.

Plus, if you really want to be efficient, you can schedule your cards for up to a year in advance, while taking advantage of the send 9 cards, get the 10th one free option.

The cards are mailed on thick, 100% cotton paper, and most designs are hand-pressed.

Additionally, the app lets you add photos to cards, or even fill the envelope with confetti. (Each of these is a $1.50 add-on). And with a feature like glitter, you can definitely get away with pretending you sent the card yourself. 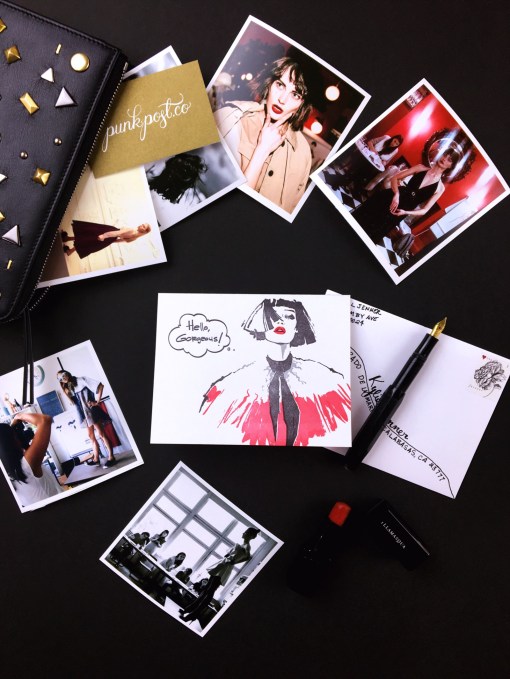 Because Punkpost means real, live people are writing the cards, they’re a little pricier at $6 a pop.