NASA experienced a close call this weekend with its planet-seeking Kepler space telescope. On April 7th, during a scheduled contact, mission operations engineers discovered that Kepler was in Emergency Mode (EM). It was the first time the spacecraft had been in EM in its 7-year lifetime and NASA is currently working to understand why it happened now.

During a scheduled contact on Thurs, 4/7, Kepler was discovered in emergency mode.https://t.co/D0Y2uTGP3K pic.twitter.com/tfhG77bIqK

Because of Kepler’s orbit, engineers had to remotely troubleshoot the spacecraft from 75 million miles away. Making matters especially difficult, any signal sent from Earth takes 13 minutes traveling at the speed of light to travel to the spacecraft and return back home.

Luckily, three days after the EM status was identified, NASA successfully recovered the spacecraft and Kepler is now stable.

According to NASA, “EM is the lowest operational mode and is fuel intensive.” While Kepler already outlived out its intended mission lifetime, the emergency state troubled scientists because the telescope has remained an incredibly useful tool to the astronomy community. 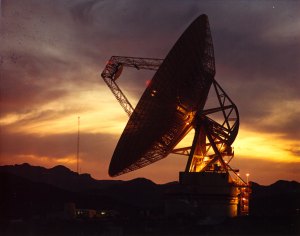 Goldstone Observatory, one of the DSN antennae in California, Image courtesy of NASA

Upon the realization of the space telescope’s state, the Kepler team declared a spacecraft emergency, which allowed them to have priority access to the Deep Space Network (DSN). NASA’s other missions had to surrender their scheduled telemetry time on DSN in order to provide the Kepler team the resources they required.

Developed over 50 years ago, the DSN is a system of 3 large radio antennae strategically placed around the world that enable communication with spacecraft in deep space. The antennae are situated in the United States, Spain, and Australia; each approximately 120 degrees apart in longitude so that constant communication can be maintained as our planet rotates about its axis. 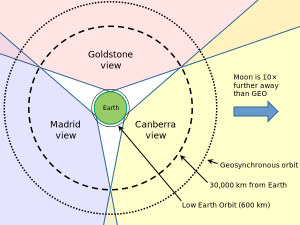 After recovering Kepler, the team cancelled the spacecraft emergency and the DSN ground communications returned to normal scheduling. 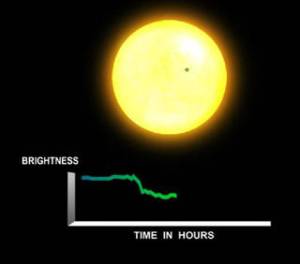 Launched in 2009, Kepler’s primary mission was to explore the structure and diversity of planetary systems in our own Milky Way Galaxy. The space telescope identifies exoplanets (planets outside of our solar system) using a technique called the transit method. When planets transit in front of their host star, the brightness of that star will dim ever-so-slightly as we view that transit from a telescope.

Kepler can detect the existence of a planet, as well as its size and orbital characteristics, from these dimming events. With the transit method, Kepler has already confirmed over 1,000 exoplanets in our galaxy.

Most notably, Kepler recently found the first Earth-sized planet in the habitable zone of a another star: the zone where water wouldn’t freeze or boil off, but could potentially exist in a liquid state – a key ingredient for life as we know it).

In total, Kepler has cost around $600 million. Most of that cost was required for development and launch. Today, it costs around $18 million each year to maintain operations and scientific research.

Now that Kepler has been recovered, the team is conducting an investigation to identify the source of the EM status and plans on returning to science operations soon. NASA stated that the spacecraft checkout is expected to continue through the week.