So much for Kanye West’s plans to make his new album, “The Life of Pablo,” a Tidal exclusive. The artist, who has changed his mind numerous times with regard to this latest release, has now put the album out on Tidal’s competitors, including Spotify, Apple Music, and Google Play Music. The move is notable because West had originally promised fans the album would “never never be on Apple” – a statement that ended up boosting downloads to mobile Tidal’s application, pushing it to the top of the U.S. App Store.

After the album’s launch, customers flocked to Tidal in droves, believing it was the only avenue to hear West’s new tunes. And while not all those downloads converted into paying subscribers, it certainly had an effect on the newcomer to the streaming market: the app today is the #4 Top Grossing Music application in the U.S. Apple App Store. It’s also a not-too-shabby #55 Top Grossing Overall application, and a Top 20 Music app.

In addition, Tidal recently reported that “Pablo” surpassed 250 million streams on its service in its first 10 days of release.

But if one thing has been true during the whole saga and chaos surrounding “The Life of Pablo’s” launch, it’s that West has consistently changed his mind. After releasing the album to the world, the artist had second thoughts, and pulled it off his website. That led to thousands of complaints from customers who said they paid “Pablo,” but didn’t receive the download. In some cases, due to billing glitches, their credit cards were even charged twice.

Tidal eventually emailed fans to explain the problem, offering refunds or the chance to wait a week while West polished up the tracks to his own liking.

Still, the confusion around the launch combined with the inability for users to get their hands on the album as promised, led to a surge in piracy. According to one report, “The Life of Pablo” was illegally downloaded by some 500,000 people the day after its release.

Having missed the opportunity to sell to such a large number of users could have prompted West to change his mind regarding the Tidal exclusive….Or the artist could simply be indecisive. Or perhaps he’s just a savvy marketer, getting press over his every move with regard to this album’s release. (Cough, cough.) 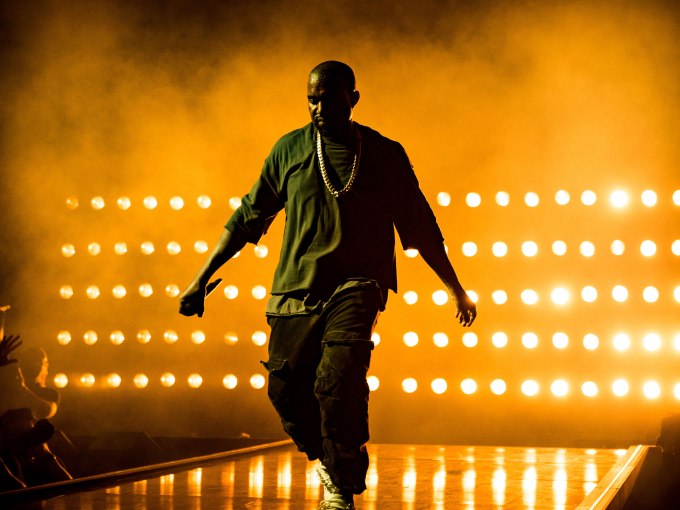 That said, West did give some indication that he was thinking of reversing his previous decision to keep his album off Apple’s service. Earlier this week, he released the track “Famous” to Apple Music as well as Spotify and Google Music. (This is the controversial song where he claims to have made Taylor Swift famous.)

Still, it was unclear at the time if that track’s release was meant to just tease fans who would ultimately be directed to Tidal to gain access to the full album, or if West was actually testing the waters outside of Tidal.

It may be April Fool’s Day here in the U.S., but it looks like we have our answer. “The Life of Pablo” is now streaming on the major music services.

It’s also worth mentioning that this move has come at a time when Jay Z’s Tidal is suing the streaming services previous owners, claiming they inflated subscriber numbers at the time of the deal. While “Pablo’s” Tidal debut could have boosted the service’s user base, perhaps West decided that Tidal’s audience alone is not big enough to make it worth keeping his album from the competing services.

After all, being on other services means additional revenue — and we all know the artist needs the money, right?