Over 30 million Americans have used an online dating service or mobile dating app, according to Pew Research Center. Yet Black online users face apparent bias: Data collected from 25 million OkCupid accounts demonstrated that when users rated their matches they penalized Black men and women. Bae :: Before Anyone Else, a mobile dating app created by Jordan Kunzika, Brian Gerrard and Justin Gerrard, hopes to make online dating a better experience for Black people.

Bae founders cultivated their user base by going directly to the communities they believe need the app. They hosted an HBCU (Historically Black Colleges and Universities) tour which consisted of parties and mixers where people who matched on Bae could meet in person. All attendees had to have Bae downloaded to participate. Within a few weeks of their April 2015 launch, they reached 17,000 downloads, and have grown over ten times since. Bae’s founders are from the community they are building for–an essential dimension of their success. 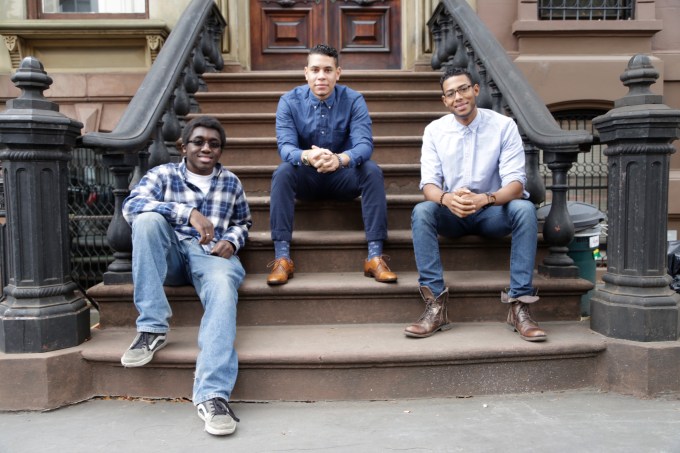 Jordan Kunzika (pictured at left in the photo above), CTO of Bae and senior at Dartmouth College, is a first generation Angolan-American who often was the only Black person in his computer science classes. Throughout his journey he had few role models of color to look up to. “I quickly realized that it was up to me to either let this negatively affect me, or let it motivate me to be successful, so that people who come after me will have role models who look like them” says Kunzika. He is a Google Generation Scholar and has done internships with Microsoft and Intel, but when deciding what to do after graduation he chose Bae. “I was honored to get full-time offers from Microsoft and Google before even turning 21, but I knew that I could serve a higher calling to represent a paradigm shift in what a tech entrepreneur could look like,” he says.

Kunzika met his co-founders Justin and Brian Gerrard in his junior year and quickly joined the team after they pitched Bae to him. He realized that “there was no place for Black men and women to easily find fulfilling relationships online, so we decided to change that. Bae would allow me to disrupt tech because we are an all-Black team and are solving a big problem that affects Black people across the world.” Bae has reached users all over the globe. They are even listed as a Top 50 Lifestyle app in twenty African and Caribbean countries.

Similar to other dating apps, Bae users swipe right for those they’re interested in and left for those they’re not. According to the founders what makes Bae different is their proprietary algorithm built by Kunzika. “What users like the most about Bae,” he explains, “is the quality of the matches and that it helps you find those you’re most interested in”. For example, if you prefer to match with someone who went to a similar school as you Bae will learn that over time as you swipe right for those potential matches.

The founders’ goal is for Bae to become the best Black dating app in the U.S. and across the African diaspora. And the team’s recent successes are getting them closer to their goal. Bae was accepted into Facebook’s FbStart Accelerate program and chosen as one of a select group of companies to present at F8, Facebook’s Developer conference. This month Bae won first place at TechCrunch’s Brooklyn meetup and pitch-off event. Their prize is a table at TechCrunch Disrupt NY which will be held May 9-11, and you can still buy tickets here.