Thomas Watson, the founder of IBM, presciently once said, “I think there is a world market for maybe five computers.”  While a seemingly absurd notion on the surface, it’s becoming a reality that’s all too likely as we move into the cloud computing era.

After years of investing in their own server farms, software stacks, middleware, disaster recovery systems, security solutions, and networking, technology companies and non-technology companies alike are recognizing that their commitments of time and money never got them the differentiation they wanted.

Nearly every business in the world –from GE and Coke to small businesses– had to replicate millions of computers around the world to all perform nearly the same tasks. Few companies had the right technical talent and know-how to do any of these tasks efficiently, and fewer still could achieve the economies of scale necessary to make these investments cost-effective.

Today — like Watson envisioned — we now see a time when only five to ten “computers” (or clouds) may operate with enough volume to compete on price and performance. And the companies vying to be one of those five or ten computers are some of the largest on the planet.

For all of the the rapid adoption of SaaS applications in the enterprise thus far, the cloud is, remarkably, still in its infancy. In many ways, we’re looking at the PC market in 1983, smartphone market in 2003, or the search market in 1998. 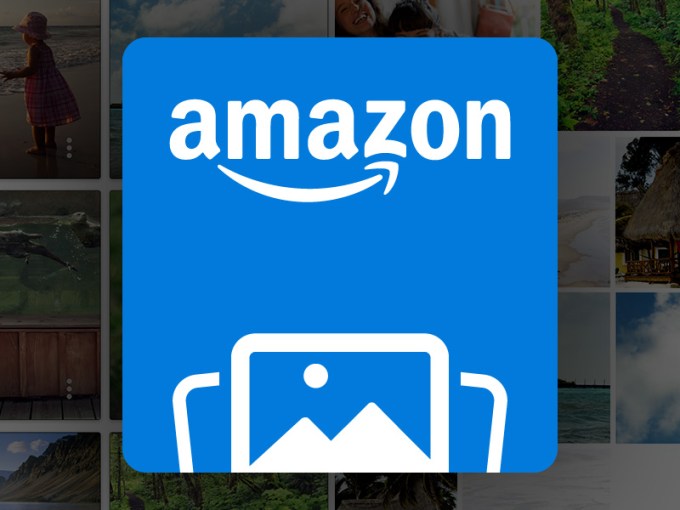 The undisputed leader in the space, which just celebrated its 10 year anniversary, only commands a $10 billion run-rate in cloud revenue; compare that to the trillions of dollars spent globally across all of enterprise IT, and you can tell we’re just getting started.

For all of the back-and-forth between Microsoft, Amazon,  Google and others over the past couple of years, we’ve only seen the most nascent battles in a multi-decade war for the future of the cloud.

In hindsight, Amazon kicking off the cloud wars isn’t as unlikely as it seemed at the time. Most reacted to Amazon’s Web Services initiative as an intriguing experiment by the online bookseller, but certainly not fit for anyone but hobbyists and individual developers; as then-Microsoft CEO Steve Ballmer put it simply, “[Amazon doesn’t] have much experience selling to big companies.”

But what Amazon did have was precisely what big companies needed in their computing — scale. Amazon was one of the few companies in the world to have served the masses over the web, and thus could offer both technically and economically attractive services to developers without breaking a sweat. This was an unexpected advantage at first, and pretty soon the industry recognized something different was happening in the war for computing.

What followed are the various twists and turns that occur in any new industry just starting to take form, with many players entering and exiting throughout.

Amazon, like any good first-mover, reliably delivered more capabilities, at lower prices, in more regions, and just kept gobbling up more of the market. However, when we focus on the missteps or false starts of players like Google or Microsoft as they’ve been getting their cloud DNA in order, we forget these are generation-long wars, and we’ve barely seen what’s in store for any of the players.

These are generation-long wars, and we’ve barely seen what’s in store for any of the players.


Case in point, on an otherwise normal weekday in November, it was casually announced that Diane Greene, VMware’s founding CEO, was coming on board to lead Google’s cloud efforts.

Overnight, Google unlocked their un-matched technical arsenal –driven by years of success building out Google Search, Gmail, Youtube, Maps– with one of the most important individuals in software today.

Now with the right leadership in place, Google can solve many of the missing aspects of their cloud efforts: packaging up the right technology offerings, building out a broader developer ecosystem, and having the patience to work with slower-moving organizations.

Even in a matter of weeks, it was rumored that Apple may be quietly moving to the Google platform, and Spotify has made the leap as well.

Starting in 2016, the real battles will commence.

The first phase of this war will be fought based primarily on pricing and performance. Even looking over the past few years, Amazon has cut its price 44 times to stay competitive as well as pre-empt new entrants. Google, earlier last year announced that its prices would continue to fall at the rate of Moore’s Law, signaling there’s no end in sight for how low they’ll go. These are just a few of the tactical pricing assaults that will be launched as the world’sworkloads transition from on-prem to the cloud.

But the next phase is where the cloud will get really interesting.

Competing on price is a game that any business strategist laments, and the big players in the cloud are no exception. Over the coming years, we’ll begin to see how each cloud intends to drive differentiation, as selling commoditized infrastructure is only fun for so long. And this is where the various DNAs of each player become most instructive.

For Microsoft, that margin will come from premium enterprise software and services, and driving more and more synergies between its combined offerings. For IBM, we’ll likely see enhanced value driven by their depth of industry-specific solutions, consulting, and cognitive computing efforts. For Google it’ll likely come down to cost advantages and hard-to-replicate tech that they’ve mastered for years.

Amazon will likely find itself in a spot not too foreign to its core business, by competing with  low cost offerings and a wide selection of services. Sound familiar? Finally, we’ll see committed efforts by players like Oracle and even possibly dark horses like Facebook, who will equally design their own models to suit their business.<

This is not a winner-takes-all game, but it will be an aggressive battle for the hearts and minds of every developer and enterprise on the planet.

What we do know is computing costs will continue to drop by orders of magnitude and offerings will be launched to solve some of the most fringe but vexing problems in IT. The cloud wars are only beginning.