In 2009, the Obama Administration launched Apps.Gov, looking to revolutionize the way the federal government buys commercial technology and cloud-based products. The launch was a product of multiple factors: the desire for increased cloud-based products inside government, the push to improve the cost-effectiveness and flexibility of the government’s $80 billion IT spend, and the need for greater sustainability and transparency of IT infrastructure.

But despite best efforts, Apps.gov was shuttered for a number of reasons.

For one, the government’s certification and accreditation process at the time was episodic, at best, and featured products on Apps.gov had not been filtered on various requirements by any process. Secondly, there was an unnecessary overlap of other existing acquisition programs in the government marketplace, which caused confusion to buyers. Perhaps most importantly, Apps.gov 1.0 was launched as a fully-built and monolithic product, which did not take a modern or agile approach. Instead of an open and vendor-driven platform, the closed nature forced maintenance of the product to be done by government alone — without any fully baked government technology ecosystem to support it.

Apps.gov tried to be everything to anyone, and ultimately, did not do much for anyone. The product was ahead of its time, and three years later, Apps.gov was shut down.

However since 2009, there has been a significant evolution in the technology ecosystem and tech solutions inside the U.S. government.

In the most recent years, the first US Chief Technology Office was created and has grown, and the Presidential Innovation Fellows pilot, once an experiment in bringing technologists and entrepreneurs into the government, became a permanent program.

A team of Presidential Innovation Fellows launched 18F, a digital delivery and consultancy inside the General Services Administration (GSA) focused on agile development and lean procurement strategies, the White House created the U.S. Digital Service, and Digital Acquisition Labs, a new initiative that will provide a pathway to test and implement more innovative approaches to IT acquisitions, was just announced.

We are in the middle of a significant shift in the government’s IT market. And this means a potentially new opportunity for us to increase efficiency in how we buy cloud-based products, and how the private-sector sells those products.

This shift, and the increased demand for better products and tools inside government, is why this weekend at SXSW a team of Presidential Innovation Fellows have re-launched Apps.Gov.

The iteration and re-release of the product is on the heels of President Obama’s keynote address at SXSW,which touched on his Administration’s focus on using technology to improve government. 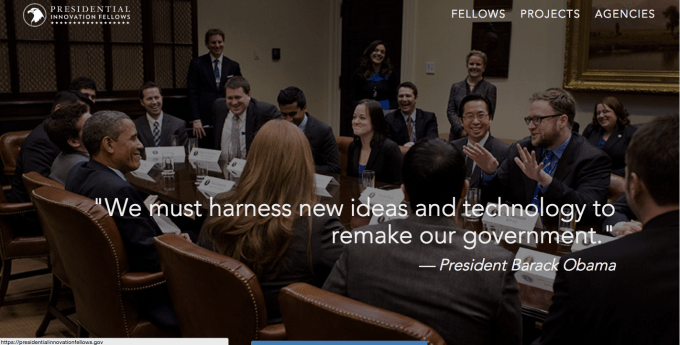 → Will document contracting and security review processes in a singular point, hoping to positively influence acquisition policy through transparency. Making this information available in one place is critical in better balancing federal government security and controls with the speed and efficiency the private sector desires.

→ Is fully open-sourced, designed to support collaboration and updates by the private sector and government, leverage user feedback on both the vendor and agency side, and to optimize accuracy. The success of Apps.Gov will be driven by both sides of the market’s participation, and a team within the GSA will be continually augmenting these efforts, giving the product an ecosystem that will support continued growth.  Additionally, because of the open-sourced nature of the product, any vendor looking to begin the journey into federal business can list its product on Apps.gov, not simply those already within the federal marketplace.

→ Is being built in an agile and modern way. We are starting simple with modular features, and are using user-feedback to guide the overall direction of the product over time as we build, test, and repeat. An example of a product feature we will be adding is a blanketed list of checks to help the private sector better understand the certification and accreditations processes of government.

→ Leverages the significant changes in the SaaS (Software-as-a-Service) market. Arguably, SaaS is the fastest growing, most significant area of the technology industry today and the product marketplace for SaaS is much more mature than when Apps.gov was first launched. There are thousands of products that can be listed on the new Apps.gov, and we are aiming to attract agency demand through a variety of products not found anywhere else in the government. 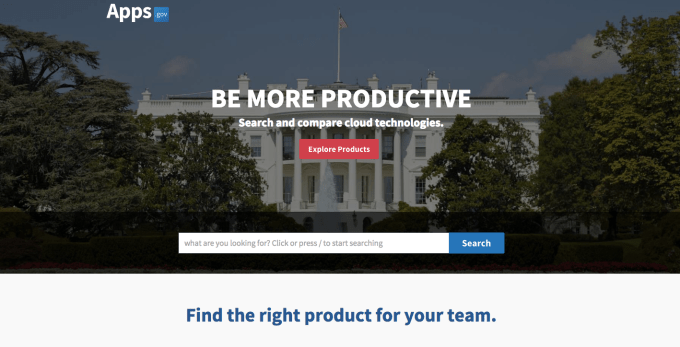 Through Apps.Gov 2.0,  government buyers will be able to explore and learn more about software products, the certifications and security testing that those products have completed, and government-wide contracts available for procurement. Additionally, technology companies can submit their software products to be listed on the platform and learn about the various government approvals and opportunities to sell across the federal government.  The goal is to eventually get to a fully transactional marketplace between the private and public sectors

Re-launching Apps.Gov will help us begin untangling the visibility, availability, procurement, and security review processes buried in links or paperwork, and drive toward greater transparency in the acquisition process. The long-term hope is that this product will spark dialogue and create stronger private/public sector collaboration, by better understanding the incentives, regulations and constructs of each sector.