Let me tell you about the largest business opportunity the world has ever seen. It’s larger than the entire world economy today and it is about to happen right now.

A year ago, I published a piece called “The Untapped $140 Trillion Innovation For Jobs Market” saying that a people-centered economy, increasing the value of people, beats todays task-centered economy,  minimizing the cost of tasks.

It’s better business for people, companies, countries — everyone. People have been telling me it sounds great, but they don’t trust my word on the $140 trillion.

That sounds like a lot, considering that the entire world economy is $75 trillion today. So here I am back to explain.

First, let me tell you that I have been too humble, $140 Trillion is an underestimate.

Here are the facts: According to Gallup, 5 billion people are of working age. 3 billion earn money in some way, most of them want a job with steady pay.

What’s more, for every engaged worker, there are two who hate their job. This is the sad state of the global workforce that creates $75 trillion dollars of  market value each year. Human capacity is the world’s most underutilized resource.

Now, imagine a much better world — the people-centered economy — where three billion workers have jobs tailored to fit their unique sets of skills, talents, passions, where they work with people they are inspired by and productive together with, where they engage in the most meaningful and fruitful opportunities that can be found for them. 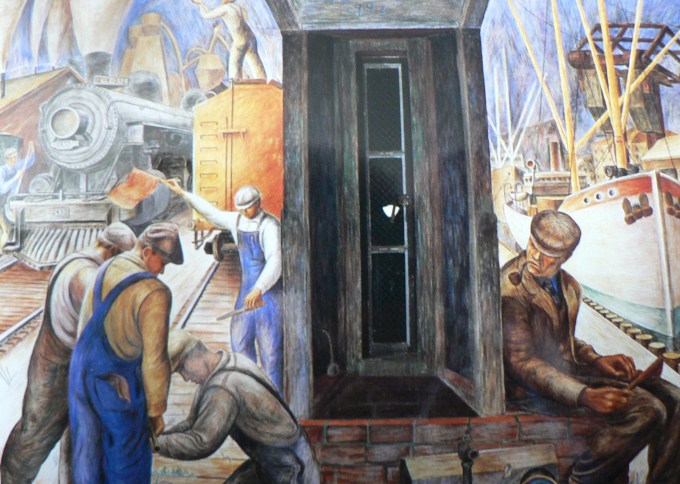 We might as well round that up to five billion people, because anyone of working age would want that job.

So let’s compare: a workforce with 200 million engaged workers – most of them utilizing only a fraction of their true talents and capacities – creates $75 trillion market value. How much more market value will be created by a workforce with twenty-five times as many engaged workers, each one with that needle-in-a-haystack perfectly matched job that you and I can only dream about having today?

The extra value created is the untapped market for innovation for jobs. $140 Trillion is a very humble estimate, indeed.

The question: if it’s so great, why has it not happened already?

Because, until now, tailored jobs for everyone on planet earth was impossible. However, since only a year or two back it is becoming possible.

All people have special interests and capacities that have no known market, until today that is, if entrepreneurs will find ways of turning them into inspired, high-performance teams and buyers and sellers who make each other satisfied.

The scaling effect of that is enormous. You only need a few dozens of potential buyers among the five billion customers in order to have a market price. Today, we can do it. This is a brand new opportunity. 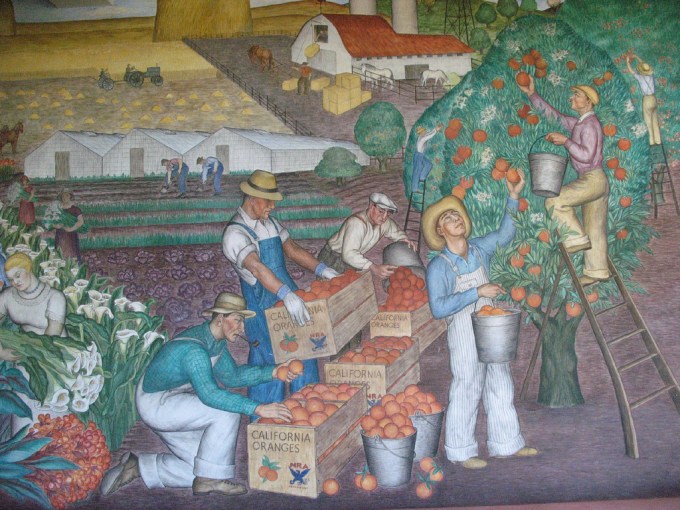 For this reason, Uber is not the solution to the future of work.

Why? Because it is task-centered, not people-centered. It standardizes the task of driving a cab so that virtually anyone can do it. The only reason why people could earn well on it until now is because Uber is so much more efficient than existing taxi systems that they can charge a lower ride price and still give more to the driver.

Still, at the end of the day, there are only so many people who need a cab ride, there are emerging other Uber-like competitors, and the supply of Uber-drivers is so large, that the margins will shrink until Uber-drivers earn peanuts. It’s already happening. Uber doesn’t care if you can write poetry that brings people to tears or if you can save kids from becoming drug addicts, it doesn’t affect the price you can charge as a driver. You, the worker, are a commodity. You might as well be a machine.

They will increase their value by being unique, not by fitting the slot. But people don’t have the money or other resources to do the research required to match their potential with a potential niche market, create new types of services, re-brand and market to customers, like companies do.

This is the market opportunity for the innovation-for-jobs ecosystem. Today, with smart use of selective marketing, like Facebook or Google ads, applying matchmaking algorithms like the ones used by Match.com and others, smart startups can become the shaping, branding and marketing agencies of the working customer, helping her to earn better, in more meaningful ways.

Today, more companies help people spend better. People can’t spend more than they earn, so it’s a limited market. If they instead helped people earn better, applying the business model “I earn when you earn”, the limitations disappear. The opportunity is limitless.

Serving the earners is the defining market, serving the spenders will be the consequential one. We are seeing the beginning of a revolution in strengths finding, education, matchmaking, HR and the creation of opportunities in a long-tail labor market.

In other words, Udacity has gone from “We sell you skills that you can earn money with” to “We earn money when you earn money”. Now, you might point out that Udacity will earn money on all of the students that pay for the course without completing it.

This is true, but I would not recommend Udacity to pursue that as their main stream of revenue, because it will kill the company. They simply can’t give themselves an incentive to make their students fail. If I were Sebastian, I would donate the “fail”-revenues to worthy causes, just to avoid introducing self-destructive incentives. The incentive to make students get good jobs, that’s the winning proposition.

I run the innovation for jobs i4j Leadership Forum together with Vint Cerf,  co-inventor of the Internet. By now, we are a few hundred thought leaders, involved in an intense exchange of ideas around how to develop the innovation-for-jobs ecosystem.

Today, when people ask me what my goal is, I answer honestly “to eradicate joblessness”. That, and the $140 Trillion dollars brings on some amusement.

Well… my partner co-invented the Internet, so that is a good start.