SoundCloud — the audio streaming startup approaching 200 million users whose catalogue is based around user-generated content — has struggled with mounting losses and label licensing, while it plans new monetizing features. Now, it has hired an exec to tackle those business challenges head on. Today the Berlin-based startup is announcing that Alison Moore has joined SoundCloud as its first chief revenue officer.

Moore will be based out of SoundCloud’s offices in New York City, the company tells me. 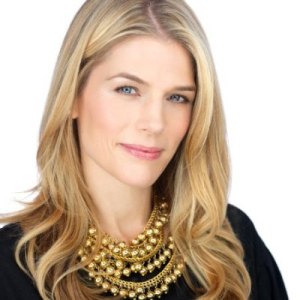 Moore is a catch for SoundCloud. She comes from NBCUniversal, where she has worked since 2012 and was most recently its GM and EVP for TV Everywhere — a streaming challenge of another color. Before that, she was a longtime employee of HBO and before that, Cablevision.

“Alison is an innovative and strategic leader with a proven track record of building consumer business strategies that drive new revenue growth across multiple platforms. Most importantly, she has an understanding of both the complexities of SoundCloud’s business, and the content and entertainment industries, having spent the majority of her career building businesses, products and experiences that deepen consumer engagement with extraordinary content. said Alex Ljung, Co-founder and CEO, SoundCloud, in a statement. “We’re thrilled to have Alison heading up what will become a monetization engine of global scale.”

Her track record with HBO and Cablevision is particularly noteworthy: it demonstrates that Moore has past experience with over-the-top services that rely on a premium business model, where customers pay regularly for the content they consume.

In January, when SoundCloud announced a licensing deal with Universal Music Group, Ljung told us in an interview that his company would be launching subscription-based services later this year.

This will be alongside advertising and potentially other services to help SoundCloud make money both for its own coffers to grow its business, but also to pay fees to record labels, who have criticised the platform as a haven for lost revenues on full-track and sample plays of its music. Today, SoundCloud is free to use, and provides listeners with a catalog mostly of music, but also spoken word.

“I’m looking forward to joining SoundCloud at an exciting time in its growth.” said Moore. ‘This new role represents a rare opportunity to grow a vibrant and diverse business platform creating exciting new consumer offerings that amplify SoundCloud’s huge community of creators and brings to light an unrivaled catalog of music and audio, which houses the most creative voices in music today.”

Earlier this year, it emerged that SoundClould posted a loss of nearly $45 million in 2014, compared to a $29 million loss in 2013. The company’s board believes that it will need to raise more capital this year to operate. In January, it was revealed that SoundCloud raised $35 million in debt funding, although it was a round closed some time ago, we understand. In total SoundCloud has raised just under $124 million.