Ashwin Ramasamy Contributor
Ashwin Ramasamy is the co-founder of PipeCandy, an online merchant graph company that discovers and analyzes business and consumer perception metrics about DTC brands and e-commerce companies.
More posts by this contributor

For the first time in about eight years, we saw a decline in the small business customer base of app developers (in terms of revenue and per-project value). The primary reason cited is the rise of white labels and SDKs. “Uber for X” toolkits have indeed become a force to reckon with. Small businesses increasingly rely on “ready to use” frameworks rather than opting for custom development. 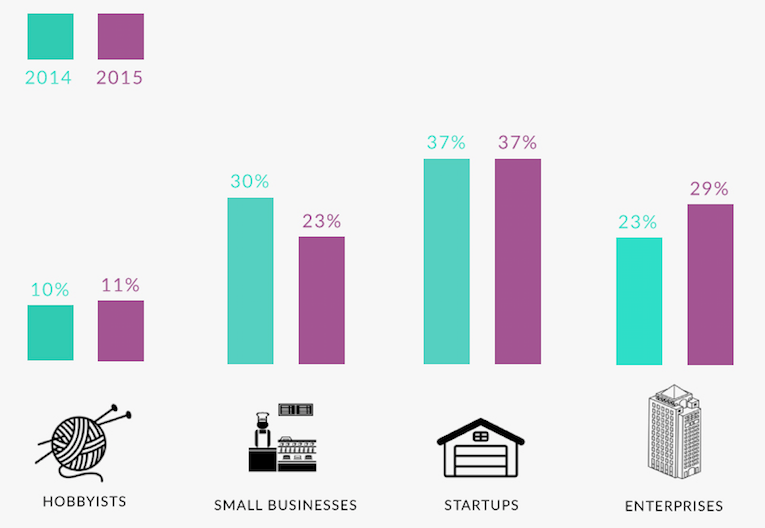 In early 2015, I wrote about how SDKs are becoming a key part of building custom apps, and that developers expected a 25-50 percent increase in the usage of SDKs in the development of apps. That has come true.

If there is one thing that third-party app development agencies should watch out for in 2016, it’s the strong headwinds from SDKs and white labels. At least 80 percent of the organizations we surveyed consider apps to be critical for customer engagement/support and revenue growth. Apps are no longer a mere “brand presence” strategy for enterprises. Even large enterprises that have a thing for custom development have started appreciating the need for tools that play nice with their incumbent IT landscape — and many SDK providers have matured to address that need.

A black box for app owners

Where does the SDK onslaught leave custom app developers?

App development is becoming a commodity, but the know-how of running an app business isn’t. That’s where app developers can build their sustained competitive moat.

Between 70-80 percent of enterprises we surveyed shared their intent to retain an agency for deployment, scaling and app management. User analytics and app analytics are other areas where demand far outstrips supply of specialist agencies. We said this in early 2015: App development agencies that become full-service app management consulting firms will survive and scale. For the rest, the proverbial winter is coming — and there won’t be a spring that follows.

Rates are holding up firmly — for now

One exception to this trend is that the rates of super-specialty dev agencies that specialize in building SDKs or have very popular apps/games in their portfolio have been able to increase their premium. We saw a 10-20 percent increase in the top rates. We saw more agencies charging upwards of $175 per hour in the U.S., $40 per hour in India and $60 per hour in Eastern Europe. These are agencies that started as app developers and have since become full-service consulting firms.

SDKs and white labels are big. The re-allocation of budgets from custom development to “ready frameworks” has saved time and cost. So, the price of an SDK has not been a key factor for adoption of an SDK. The same goes for the brand.

Features, scalability, ease of use and integration are the most important criteria when it comes to choosing an SDK. With no clear winners in many categories, and an evolving development landscape, decisions on SDKs are made from the perspectives of “product roadmap” and “technology” rather than “commercials” and “brand.” The recent shutting down of Parse by Facebook would accentuate the buying community’s preference for independent tool makers with a strong product vision.