Some of Africa’s first commercial drone startups are generating clients and income.

This precedes the anticipated debut of commercial drone delivery in Africa, which could be one to two years off.

Based in Johannesburg, Rocketmine provides “aerial data solutions” in mining, agriculture, water and forestry, and civil engineering. It expects to book just over $1 million in revenue in 2016, according to CEO Chris Clark, and received South Africa’s first Commercial Operating License in 2015 under the country’s new Remotely Piloted  Aircraft Systems (RPAS) regulations.

A self-declared “tech geek,” Clark saw the potential for aerial data services working for digital media company Public Display Technologies (PDT). He noticed one of his mining clients struggling with human data collection and attempting to operate their own broken drone.

“I listened to the problems and started thinking about how to plug those holes with technology,” Clark told TechCrunch. “We quickly realized the potential for safe, affordable, and prompt aerial data collection…and turned it into a scalable business.”

Clark formed Rocketmine in 2013, as a startup spinoff of PDT. The company’s initial capital was “self-funded and bootstrapped,” but he noted Rocketmine will announce a major investor in 2016. Rocketmine now has 7 pilots, operates a fleet of 15 eBee drones, and conducts business in South Africa, Nigeria, and Mozambique. “We’ll fly in Africa wherever the requests come from,” said Clark.

Big clients include mining giants Anglo American and BHP Billiton. One of Rocketmine’s customer solutions is quantifying mine stockpile volumes using aerial volumetric 3D mapping. “Previously employees would walk over these 40 meter piles with GPS devices, which was dangerous and less accurate. Now what used to take half a day takes half an hour and we get volume calculations down to 0.025 percent accuracy in variation to standard GPS-supplied data,” explained Clark. 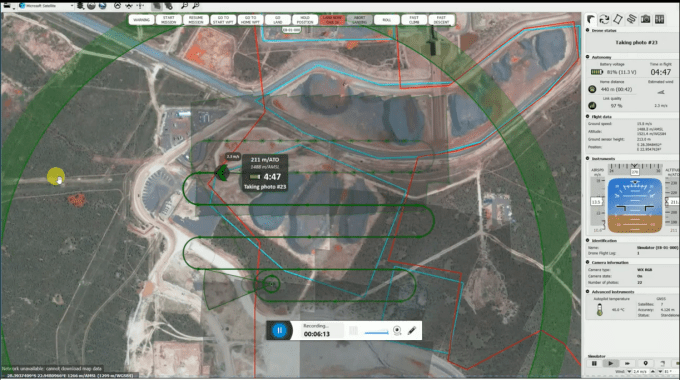 Rocketmine runs itself more as a startup airline than a drone company. All of its operators have manned aviation pilot licenses and the venture has structured a training program that resembles a commercial airline cadet program. “We even give them wings and bars on their shoulders when they graduate to keep the airline feel,” said Clark. This approach aligns with South Africa’s recent commercial drone legislation, which regulates and licenses the sector under the Civil Aviation Authority—the country’s FAA equivalent.

While Clark sees South Africa’s advanced commercial drone regulation as structured to ensure safety, he believes, “Africa’s drone environment overall is still less institutionalized than the U.S. and offer’s a lot of space for entrepreneurs to  experiment.”

A graduate of Kwame Nkrumah University of Science and Technology, Hazel described his penchant for tech gadgets and entrepreneurship. He got into drones as a hobby while working as a bank IT specialist and soon saw commercial applications. “If you are an entrepreneur you look for shortfalls and opportunities. I started to see them in photography and technical topography,” he told TechCrunch. “I realized getting a higher perspective in Ghana could serve a niche and drone services could actually be a business with many applications.”

Hazel found the American blog Droneabove.com and sought advice from its founder Justin Edwards. “He sent me books on how to start the business and perform aerial photography and that helped us launch the company and our first customers.”

Aeroshutter now has 6 staff operating a fleet of DGI drones with SD card camera’s running Pix4D and Dronedeploy mapping software. It charges from $5K- $15K per project, according to Hazel, and has done work in Ghana for Best Western, TEDx, Vodaphone, and Numont Mining. In 2015, Aeroshutter shot footage for local artist Stonebwoy’s music video that went on to win at Ghana’s 4Syte Music Video Awards.

On the regulatory front, Aeroshutter is a registered company in Ghana, but is operating in what remains a largely unregulated space. “We are waiting on forthcoming policies from Ghana’s Civil Aviation Authority (GCAA),” said Hazel. In the meantime, he and Aeroshutter counterparts formed an industry association, DronePilotsGH, and have offered GCAA input on commercial guidelines. “We hope they make the right choices, don’t overly restrict us or put burdensome fees on us.” 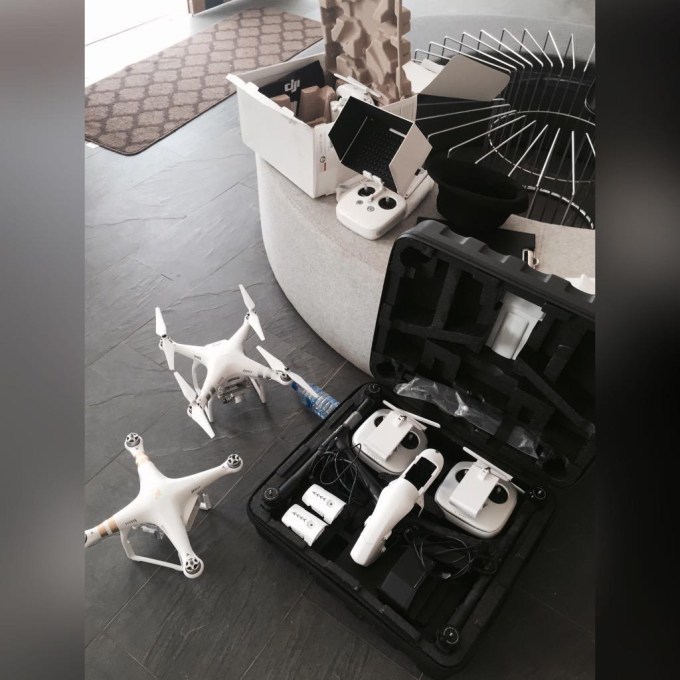 Aeroshutter funds itself by operating revenue, but is in dialogue with investors. Hazel said the company looks to move into more sophisticated commercial activities in agriculture, construction, and mining and build out initiatives in drone advertising (Aero Ads) and drone racing (Aero Arcade).

Drone delivery could be in the company’s cards, but Hazel believes the firm needs more investment. “We are watching what Amazon may come up with. With funding it could happen for us, but drone delivery is a bit more complicated.”

“There’s more need and a more open physical environment here for highways in the sky for 1000s of unmanned aircraft. But for now we are more focused on photographic data capture, delivery, and analysis. That’s the low hanging fruit,” he said. “To do commercial delivery, I don’t think the technology or price points are there yet. To deliver a 1 kilo payload you’d probably need a 6-7 kilogram drone…at a transaction cost of around R250K [$16K]. And we’re still dealing with drone battery life of about a half an hour.That doesn’t allow us to really close the loop on last-mile delivery just yet””

While commercial drone couriers in Africa may be years off, initiatives are currently underway to make it happen. Swiss led enterprise Flying Donkey is working on unmanned, robotic, flying vehicles to deliver heavy cargo across Africa. They’ve  started research in Kenya and are projected to test in 2017.

Moving forward, Rocketmine CEO Chris Clark sees a prominent role for unmanned aircraft in the continent’s tech sector. “If there’s any kind of technology that’s going to make a massive big impact in Africa it’s going to be drones,” he said. “This really speaks to the lack of infrastructure and a more experimental approach to drones in Africa. As the technology and entrepreneurs adapt, the possibilities to deliver goods and services to rural areas and come up with leapfrog social and commercial applications are infinite.”