SoundCloud Pulse, the music streaming service’s dedicated app for artists and creators, is now available on iOS. In an odd move in a market where apps tend to release on iOS first, Pulse first debuted on Android back in November. Like the Android version, the iOS app also aims to make it easier for users to share their sounds and tracks, interact with fans, and track their performance on SoundCloud’s network.

While a popular application among music fans, SoundCloud has been struggling to grow a profitable business. The Berlin-based music streaming service has fought with labels over lost revenues, and dealt with other legal issues around the unlicensed music on its platform.

That situation has been changing in recent months, as SoundCloud inked its third large label deal with Universal this year, following its 2014 and 2015 agreements with Warner and Merlin. Company CEO Alexander Ljung also said that the service was moving towards a release of a paid subscription service this year, and an expansion of its ad efforts.

In conjunction with that, it makes sense that SoundCloud would want to make it simpler and quicker for its creator community to use its service from their mobile devices – especially given the large role that user-generated content has for SoundCloud. 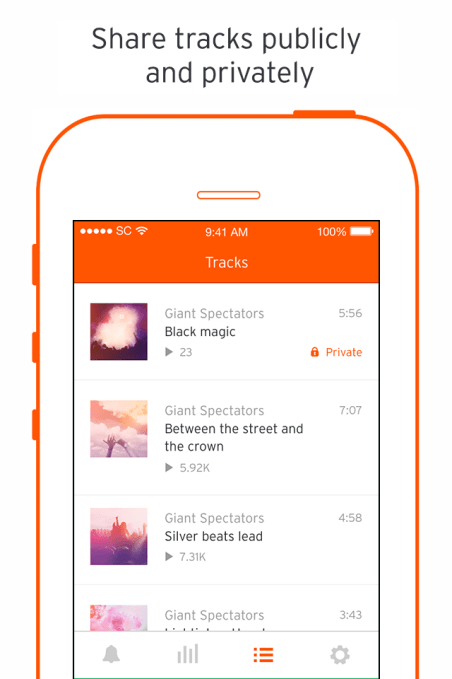 Everyone from indie musicians to professional artists use the service to share their audio, or special versions like acoustic tracks, live songs, or remixes, for example. They can then annotate and comment on the music to augment the experience for listeners.

SoundCloud Pulse offers a good handful of features that let artists share and interact with fans while on the go. 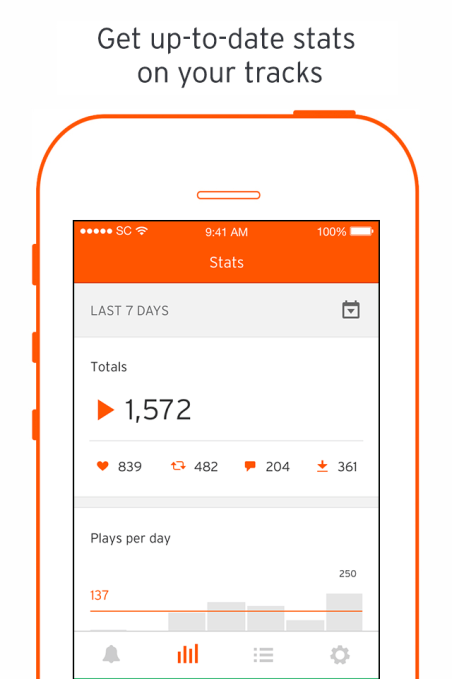 The app lets creators share sounds either publicly or privately, as well as get up-to-date stats on the performance of those sounds, complete with interactive graphs and the ability to filter by date range.

Artists can also follow and block other users, manage comments (by deleting them), and reply to comments on their tracks using both text and emoji. (Currently, the iOS app has a few extra features compared with the Android version, including this ability block users and delete comments.)

The app’s debut on Android last winter followed a revamp of SoundCloud’s flagship application, and came at a time when many creators were complaining that features they relied on had disappeared from the native app over the years. This was even brought up again in the comments of the original blog post about Pulse, to which a company rep explained that the company believes that having two apps is the better way to keep things simple for both sides of its community – artists and fans.

SoundCloud today has around 175 million monthly users, but SoundCloud Pulse reaches a more limited audience. According to Google Play, the app has been downloaded over 100,000 times, but less than 500,000.

The new iOS version of SoundCloud Pulse is a free download here.