The most annoying part of zero-fee stock trading app Robinhood was that when you signed up, there was a 3-day delay before money you deposited appeared in your account.

Luckily, today the startup is solving this by embracing a slightly higher risk of fraud with the launch of Robinhood Instant. It lets users borrow up to $1000 to trade with while their deposit clears, and immediately trade with any proceeds of stock sales they’re owed but that will take a few days to transfer. You can sign up for Robinhood Instant here from iOS or Android.

Here’s the catch: to speed up access to Robinhood Instant, users have to get their friends to sign up for the app. It’s a bit smarmy, but still a smart virality tactic similar to how Robinhood let people move up its 800,000-person pre-launch waitlist by inviting friends. Users are clearly hungry for the feature. Over 70,000 people have joined the Instant waitlist just since 5am PST this morning.

Robinhood will have to be extremely careful, as fronting users money makes it easier for crooks to try to rip off the startup by spending the advance and then canceling the repayment transfer. “We have a very strong data science and risk team” co-founder and co-CEO Vlad Tenev insists. “We are very comfortable with the risk parameters we’re taking. This will not only be a useful service for customers but very sustainable for us in the long run.”

Robinhood has become an emblem of fintech’s resurgence. It’s based on a simple but unexpected idea. It shouldn’t cost anything to trade stock. Companies like E*Trade and Scottrade charge $7 or more per trade, but only because they spend that money on brick-and-mortar stores, outdated tech, and marketing. By replacing all that with a few engineers, Robinhood makes stock trading free.

The promise of software eating stocks attracted A-list investors. Robinhood scored a $3 million seed in 2013, and $13 million A in 2014, and a $50 million B round last year. The money comes from established firms like Andreessen Horowitz, Google Ventures, Index, and NEA, as well as celebs like Nas, Jared Leto, and Linkin Park.

Now the app has hundreds of thousands of active users tracking, buying, and selling stocks with no fee. No brokerage has reached $2 billion in transactions faster, and it’s saved users $70 million in fees. 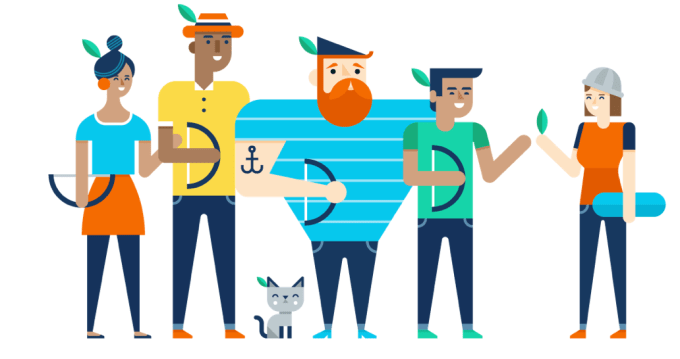 And that popularity was despite the unsatisfying experience of having to wait several business days for the antiquated ACH transfer to go through and let you trade with your money. Many people might have abandoned Robinhood rather than wait, or forget to open the app once the transfer completed.

Aa Fast As You Order Food 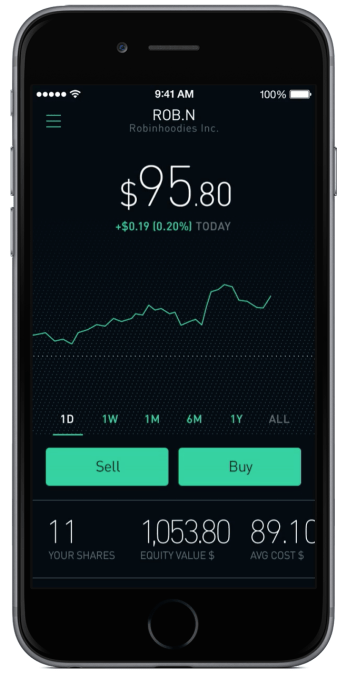 Instant should make Robinhood much more sticky, and eventually it will become the default experience. When users sign up, they sign in with their bank credentials, Robinhood does a quick check that they have sufficient money in their account, and extends them a credit of up to $1000 while their money is transferred. And if they sell stock, instead of waiting three days for the proceeds to clear, Robinhood will let them reinvest so they can jump on hot opportunities.

“You can go from downloading the app to placing your first trade within 4 minutes” says Tenev. “With other brokerages this could take up to weeks. I’ve never had it take less than several days.”

The increased fraud risk could occasionally leave Robinhood on the hook for $1000, but it’s just eating that as a user acquisition cost. Plus, it can recover funds from accounts in some cases when the money stays in the Robinhood ecosystem.

Robinhood is changing stock trading. First it democratized it, because while rich people would hardly notice those $7 fees, they might erase the upside potential for younger and less wealthy traders. On Robinhood you can trade as little as you want without the fees eating your profits.

Now it’s making stock trading as instantly gratifying as ordering a meal from Sprig or requesting an Uber.