On the heels of the MindMaze round of $100 million, it is clear that Swiss tech is booming and beginning to tickle the curiosity of international investors.

The startup had already closed an angel funding round of $10 million and recently announced the opening of their Series A round at a $1 billion valuation. The lead investor is multinational conglomerate Hinduja Group, with participation from family offices that haven’t been disclosed yet.

MindMaze is a neuro-rehabilitation platform that helps stroke victims to recover faster by “fooling” the brain through VR/AR technology.

Launched in 2012 by Tej Tadi, at the time a PhD student who specialized in Neuroscience, the startup is a spin-off from the Swiss Federal Institute of Technology in Lausanne (EPFL). Their primary focus was to build the next intuitive tech by developing enhanced user interfaces including a lightweight, wearable Head Mounted Display (HMD) and 3D motion capture cameras. These offer immersive VR, gesture and multiple object/user recognition, as well as augmented reality capabilities.

Switzerland may be a small country in terms of size, but it is a burgeoning innovation center in Europe. With top academic institutions that host incubators and offer accelerator programs, startups have the support they need to develop top-grade technologies. And other Swiss-based startups are following the trail MindMaze is blazing with the development of their own, unique, VR technologies.

One of them is Artanim Interactive, a spin-off of the Geneva-based research institute Artanim, which specializes in the development of cutting-edge immersive and interactive systems around motion capture and VR.

Artanim Interactive was launched in 2015 to commercialize the technologies developed in the research institute. Two of its co-founders, Caecilia Charbonnier and Sylvain Chagué, were invited to present their latest product at the Sundance Film Festival 2016. The product, named Real Virtuality, is a multi-user immersive VR platform, which Robert Redford tested himself! 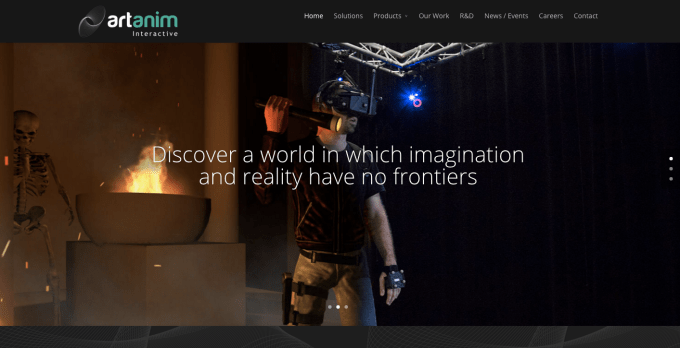 “In addition to the VR headset, we equip people with markers on their body in order to match the physical world with the virtual one. This tricks the brain into thinking it’s reality”, explains Ronald Menzel, one of the other co-founders of Artanim Interactive.

The team announced two strategic partnerships that aim to revolutionize the future of immersive reality technologies in the entertainment industry. The first one is with Vicon, a leader in optical motion tracking systems. The second is with Vision3, a leader in creative stereo 3D films and entertainment. The startup is bootstrapped for now, but the co-founders are in talks with investors to begin a first round of funding.

Another Swiss startup that has attracted some noticeable attention through its immersive videogames is OzweGames.

Their initial success came in late 2014 when they launched the first multiplayer game in the world to be played with the Samsung Gear VR helmet: Anshar Wars.

The players have the ability to control their spaceship with the movement of their head. There’s no need for a gamepad, Joystick or WASD, and the technology behind it is a revolutionary control system developed by a team of engineers and graphic designers in Lausanne, Switzerland. 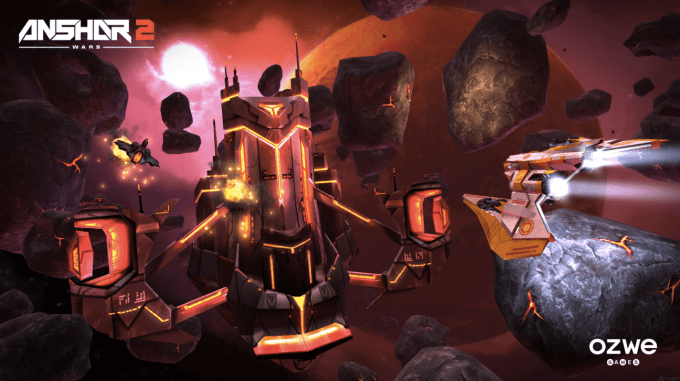 Now, a little over a year later, the team has launched Anshar Wars 2. This was developed for the Gear VR in collaboration with Oculus Studios and SunnySide Games. The videogame is a sizeable download, weighing in at 555.69 MB, which is more than twice the size of the original title.

“Technologically speaking, Anshar Wars 2 uses a more powerful rendering engine than Anshar Wars. This has enabled us to add more content such as polys and textures, voice overs, and a more varied gameplay that makes it the most complete Gear VR game to date”, says Stéphane Intissar, CEO of Ozwe Games.

With the Head Mounted Display (HMD) now commercialized, Ozwe Games has delivered a comprehensive package more attuned to the demands of a modern gaming audience. The startup is bootstrapped and is not actively seeking funding. “But we are open to any interesting propositions”, says Intissar.

2016 seems to be the year where VR will take off, even in the smallest of countries like Switzerland, and from Switzerland these tiny startups may become global giants.