Bonsai, part of Y Combinator’s Winter 2016 batch, has created a tool designed to guide freelancers through contract creation and invoicing. The two-person company bills itself as a system that takes care of contract creation, invoicing and payment processing for white-collar freelancers, or anyone who does contract work from behind a computer.

While the digital economy has made freelancing a more viable option for designers, developers, writers and photographers, there are still a quite few bumps in the path to a successful and fulfilling career in freelance and project-based work.

Founders Matt Brown and Matt Nish, who freelanced throughout college, tell me that the story often looks the same for people who want to try freelancing. They’ll quit their job to pursue a niche passion in photography, writing, design, etc., excited to create their own schedules and be their own boss. 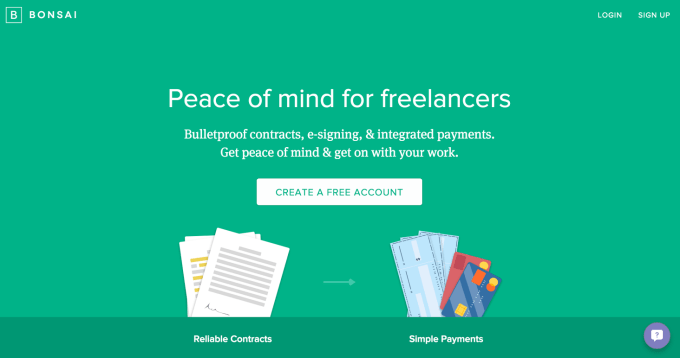 But then the harsh reality of contracts, intellectual property rights, invoicing and communicating with clients sets in. Dealing with clients, sending invoices and following up on unremitted payments can take up half of a freelancer’s time, and one of the reasons freelancers fail is because they underestimate the amount of time and effort that goes in to business operations.

Brown says that 50 percent of freelancers are paid late or not at all – which can be a real problem when rent and bills are due. He created Bonsai to help guide freelancers through necessary business operations with two products: a plain-English contract template tool, and a simple invoicing system to process invoices that the freelancer can create and send themselves. He says that Bonsai’s users get paid around two weeks faster than they had in the past, and experience 3x fewer late payments than they had before using the tool. 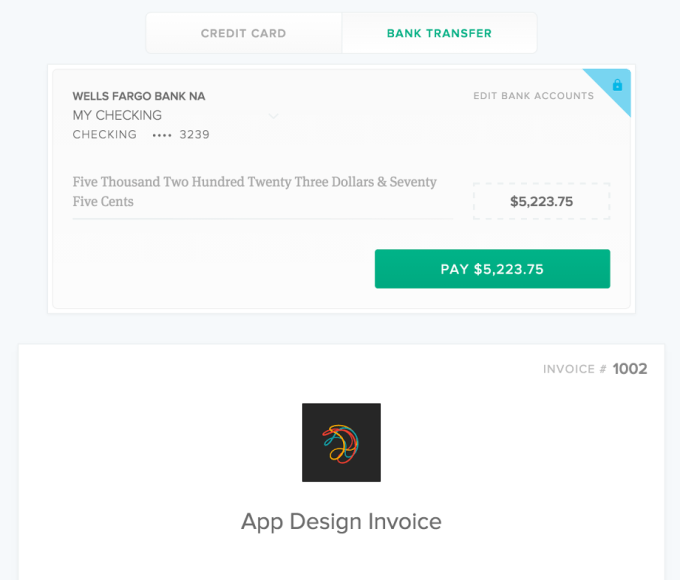 The contract creation tool is designed to help freelancers draft professional contracts with fill-in-the-blank style templates. Contracts can get tricky. Who owns the intellectual property? How do I ensure I’m not getting underpaid, or overcharging a client for work? Should I ask for a deposit up front? Bonsai steps in with helpful pro tips that show up throughout the contract creation process, sourcing answers from lawyers in every country where the service operates.

The invoicing tool allows freelancers to create and send their own invoices, and is integrated with Stripe, PayPal and Coinbase. The system also sends smart reminders to clients to ensure on-time payment. 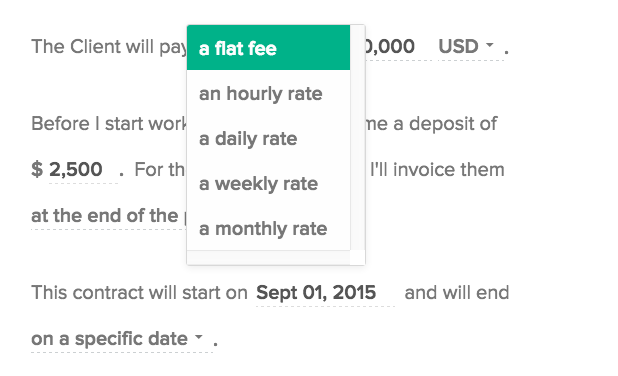 There are plenty of invoicing systems and marketplaces for freelancers out there, but what sets Bonsai’s tool apart is the element of guidance and the simplified nature of its service. It’s also worth noting that Bonsai allows freelancers to get paid by ACH, which isn’t available in many other freelancer payment tools and results in much lower fees for high-earning freelancers.

With today’s digital economy allowing for the career flexibility that freelancers crave, the company hopes to serve more and more people as freelancing becomes a more viable choice for professionals.

Bonsai currently has 10,000 freelancers using its platform, and is available in the U.S., U.K., Canada and Australia. The team has raised funding from Matrix Partners, Y Combinator and other angels.