The better the videos are on Facebook, the more people will watch and the more lucrative video ads Facebook can show. So today it’s giving video makers more metrics that will teach them what works and what doesn’t.

Facebook Page insights will now show the total minutes spent watching each of their videos, and the number of times people watched a video up to the 10-second mark, or watched 97% of the video if it’s under 10-seconds. 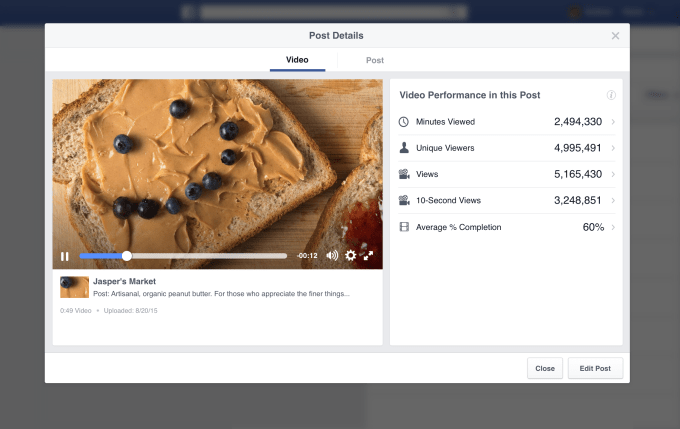 Until now, Facebook’s metrics simply highlighted “Views”, which it counts as someone watching just 3 seconds of a video — an amount of time some criticize as being too short to really absorb anything.

Facebook’s Page Insights for videos are also being redesigned to be easier to read, and will include:

Page admins will also be able to breakdown any of these metrics by a new Sound-On vs Sound-Off characteristic and the previously available Organic vs Paid. Facebook recently did a study with Nielsen that found “47% of the value in a video campaign was delivered in the first three seconds”. Still, creators want to know what videos are good enough to actually watch, not just pretty enough to slow down for while scrolling. 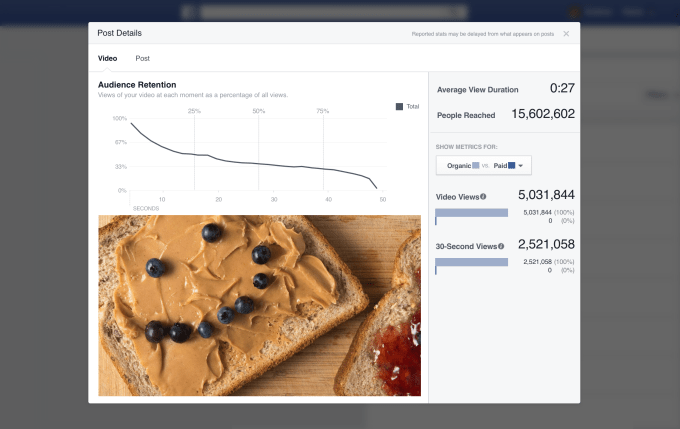 Old video insights before the addition of the new metrics

With 100 million hours watched and 8 billion views per day, video on Facebook has exploded. It has a huge opportunity to push serendipitous discovery of videos by using what you, your friends, and the world watch to power recommendations. Unlike YouTube where people purposefully go to view specific videos or see what their favorite creators have released, Facebook video viewing is more accidental.

But that’s actually an opportunity. There are way more great video content being created than you’re likely to know about, but you’d be happy to watch if slid into your News Feed. Facebook is already a daily addiction for a billion people thanks to the content from friends you can’t get anywhere else. As long as the videos are good, which these metrics will help with, Facebook could rack up more views, and therefore more focus from video makers, than competitors like YouTube.