Otzi, for those not up on their 5,300-year-old mummified men, died and was frozen in the Alps near Hauslabjoch on the border between Austria and Italy. His body is one of the best preserved human mummies in Europe and now he’s getting a 3D-printed makeover.

Researchers and engineers have worked together with 3D-printing firm Materialise to perfectly scan Otzi. This allows researchers to 3D print his tortured frame over and over again and, in an interesting episode of Nova, an artist will create a perfect replica of the mummy for study by researchers and potential museum-goers. Otzi, for his part, his hanging out in a climate-controlled vault in Italy so he doesn’t degenerate.

The engineers had to recreate some of Otzi’s parts from scratch, a feat possible thanks to 3D modeling techniques. From the release:

 The Ice Man was first subjected to standard medical imaging in the form of CT scans. Because some body parts were missing, Materialise engineers had to painstakingly recreate those missing elements. One such missing part were some of Ötzi’s ribs, which an engineer had to design back into the body by mirroring other existing ribs in 3-matic. Once the body was captured as a single continuous image, the Materialise engineering team then set about to bring the world’s only copy of the Ice Man to life. Using its own patented mammoth Stereolithography machine, Materialise recreated the 5’5” replica from an amber bath of liquid resin. World famous Paleo artist Gary Staab next went to work on the 3D resin model. After layer upon layer of material and paint, Staab added the life-like finishing touches to the Ice Man replica such that some would be hard pressed to see any difference between the original and its replica. 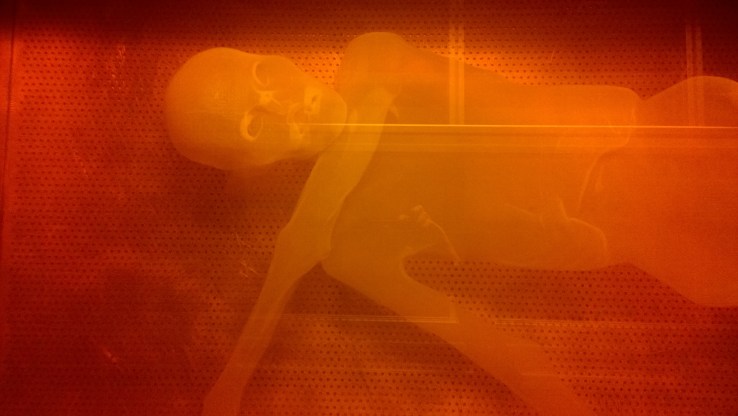 The episode of Nova airs tonight on PBS. It is not clear whether or not Otzi will rise from the dead and attack the camera crew like a Game Of Thrones White Walker during the program, but all signs point to “no.”