At the moment, Facebook is being compared to the treacherous East India Company, and director Marc Andreessen is being accused of being anti-Indian, a racist, and worse.

It wouldn’t surprise me if Indian activists launch a “Quit India” movement to expel Facebook from India, modeled on Mahatma Gandhi’s efforts against the British in 1942. All of this is because of a failed effort by Facebook to provide Internet access to the poor.

Facebook’s intentions were good, but where Andreessen and Mark Zuckerberg went wrong was in their misunderstanding of the culture and values of the people they were trying to help.

India suffered nearly two centuries of subjugation by its British masters, and, in this era, it saw its treasures pillaged, its economy decimated, and its cultural values suppressed.  People became second-class citizens in their own country; they had to suffer untold humiliation and sacrifice their lives.  It takes generations to recover from such trauma.

That is why Andreessen’s tweet “Anti-colonialism has been economically catastrophic for the Indian people for decades. Why stop now?” created such an uproar.  The damage was so great that Zuckerberg felt compelled to disown the comments of his own board member in a public statement.

India suffered nearly two centuries of subjugation by its British masters, and, in this era, it saw its treasures pillaged, its economy decimated, and its cultural values suppressed.

Knowing Andreessen, I don’t believe that his intent was in any way to condone colonialism.  He was just being his aloof and playfully combative self, criticizing the Indian government for its decision to disallow Facebook’s Free Basics Internet giveaway.

Andreessen is one of the most open, inclusive, and accessible of the tech moguls. He readily endorsed my book, Immigrant Exodus, when I asked him to and has been a strong proponent of skilled immigration.  In his venture-capital firm, Andreessen Horowitz, you find many Indians, Chinese, and other nationalities at all levels.  I have battled him on issues such as the jobless future that technology is creating, challenged his firm to add more women to leadership positions, and questioned the ethics of having investors on competing tech companies’ boards.

In Silicon Valley, you can have such public spats with people you hold in high regard.  You can be blunt and abrasive.  But you can’t do this across borders as Andreessen inadvertently did—or impose your values on them as Zuckerberg tried.

Facebook’s Free Basics was an ill-conceived effort to bring Internet access to the poor in India.  It created a walled garden in which Facebook and the Indian telecom providers selected which websites people could visit.   Rather than being able to do Google searches and explore the web as we are able to, users of Free Basics would find that Facebook was the center of their virtual universe and would experience only what it allowed them to. 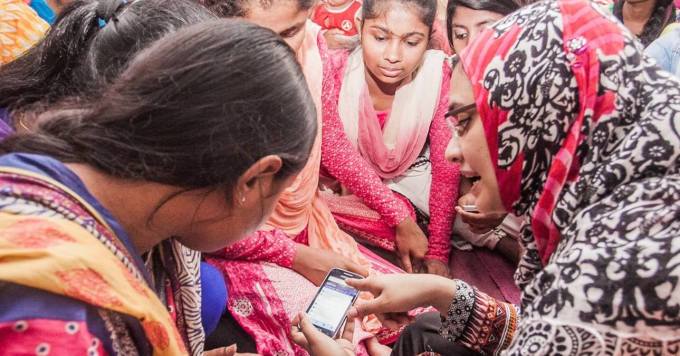 Facebook didn’t seem to understand that what is limiting the growth of the Internet in India isn’t the cost of data access, which is relatively cheap, but the affordability of computers and smartphones.  When the poor save up to buy these, they want to be able to surf the web as western users do: viewing music videos, visiting a broad range of websites, and downloading games and entertainment apps. Indian farmers can already get weather information on their cellphones and on TV; they don’t want to be limited to visiting the health and education sites that Facebook directs them to.

Furthermore, there are hundreds of languages in India.  How could Facebook possibly curate the right sites for them to visit in all of these? And what about the majority of poor people who can’t read or write, how will they watch videos to learn these?I know from speaking to the Facebook team and exchanging emails with Mark Zuckerberg and Sheryl Sandberg that Facebook’s intentions were good.  It wasn’t trying to exploit the poor or gain an unfair competitive advantage.

The Free Basics project originated from an idea that Zuckerberg had about connecting the next 5 billion people.  He documented this in a paper titled Is Connectivity A Human Right?

The paper’s thesis was that data access is more expensive than smartphones.  He wrote that in the U.S. “an iPhone with a typical two-year data plan costs about $2,000, where about $500–600 of that is the phone and ~$1,500 is the data”.  Therefore, the key was to make Internet access affordable by making it more efficient to deliver data and improving the efficiency of apps to less data.

What Zuckerberg and his U.S. team didn’t understand was that in India you can buy computer tablets and smartphones for as little as $50, and that 100MB of data—which is more than a Free Basics user will consume in a month—costs much less than a dollar.  So the entire basis of the paper was flawed.  And then there was a complete lack of understanding of the language, and of the cultural issues, and of the distrust of foreign corporations bearing gifts.

The problem in Silicon Valley is one of ignorance of the problems and ways of the world.  The Valley lives in its own bubble and is cut off from the real world. There is no way that Zuckerberg and Andreessen can understand the suffering of the people in the developing world without actually being there.

Over the next five years, half a billion Indians and another two billion people in the developing world are going to be coming on line.  This will be without Facebook’s help—because the costs of computers and smartphones are dropping exponentially.  As this occurs, the market for Silicon Valley’s innovations will explode.

If Silicon Valley can learn the ways of the world and market to them in the same way that large corporations already do, by adapting their products and being culturally sensitive, it will reap huge dividends.  If not, it will be excluded from economies larger than the United States’ and see itself sidelined.