Richard Kerby Contributor
Richard Kerby is a vice president at Venrock, where he focuses on early stage investments.
More posts by this contributor

Last year, I dug into why there are so few black people in venture capital (you can see my previous post here). More recently, the folks over at Social Capital and The Information took a crack at providing the data around diversity among partners within venture capital (that data can be found here).

I’ve now decided to take a more comprehensive look at diversity within venture capital across all levels. In total, I looked at more than 1,500 investment professionals across more than 200 venture firms and divided everyone into three tiers: partner, principal and associate. Similar to my previous analysis, I did not include EIRs, venture partners, accelerators or incubators. I also tried my best to determine who are the actual investing partners at funds that give everyone the “partner” title. Here is what I found: 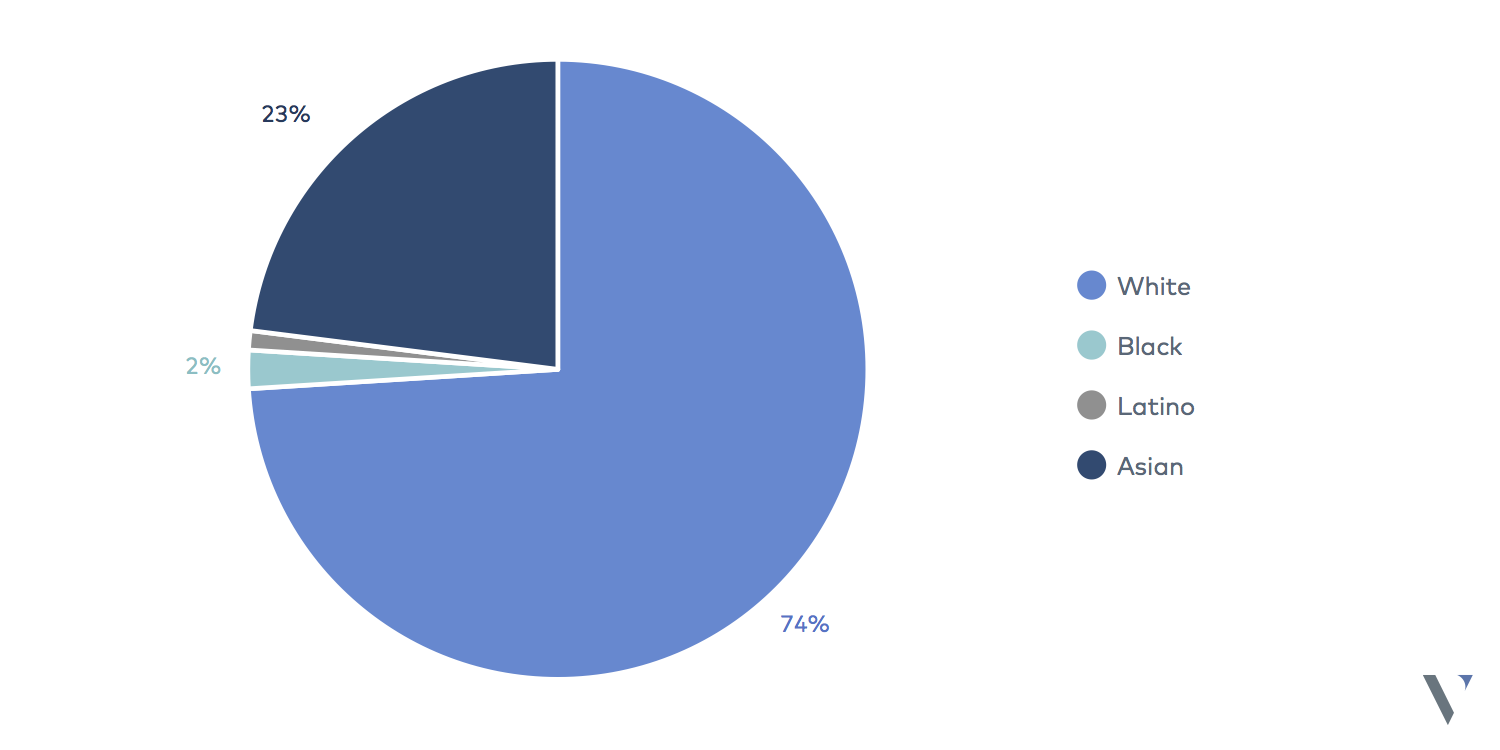 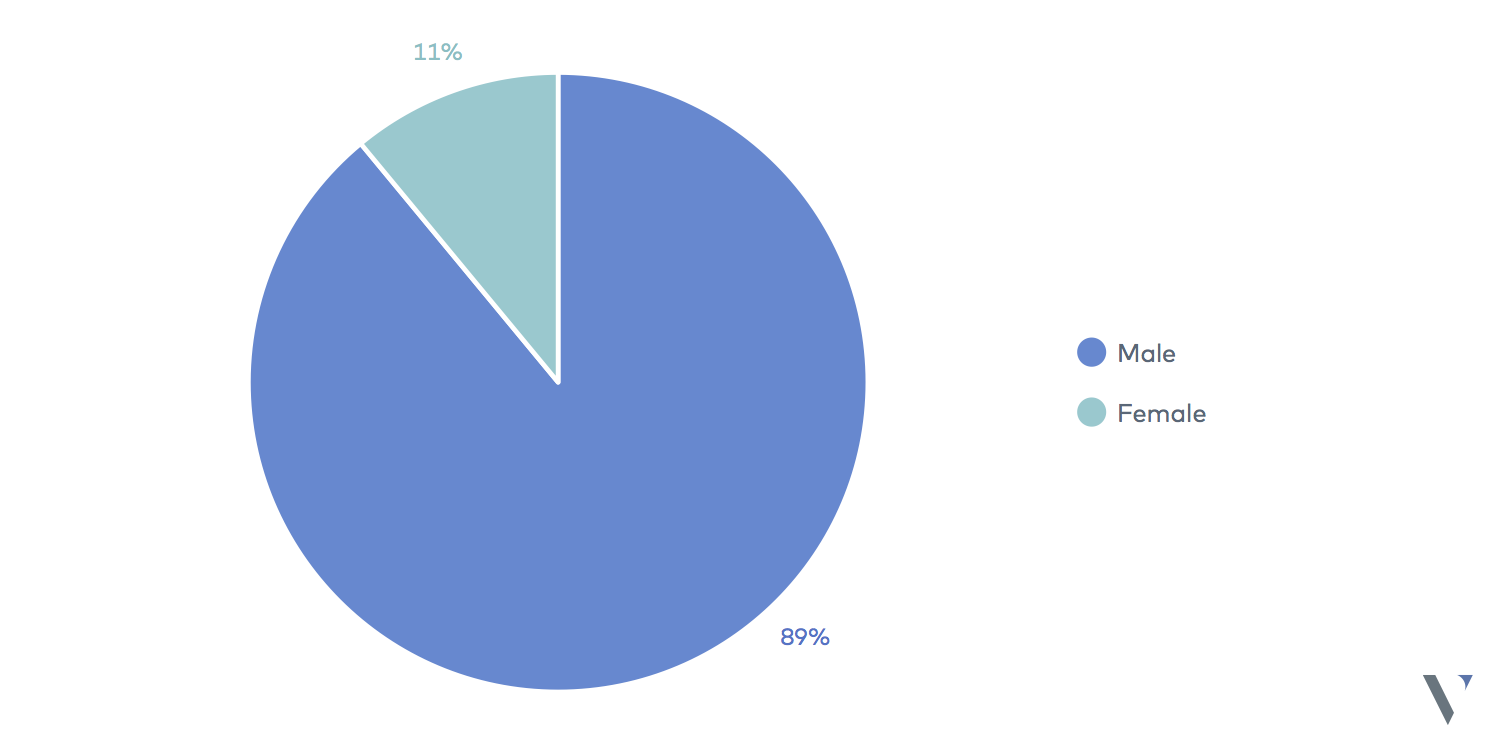 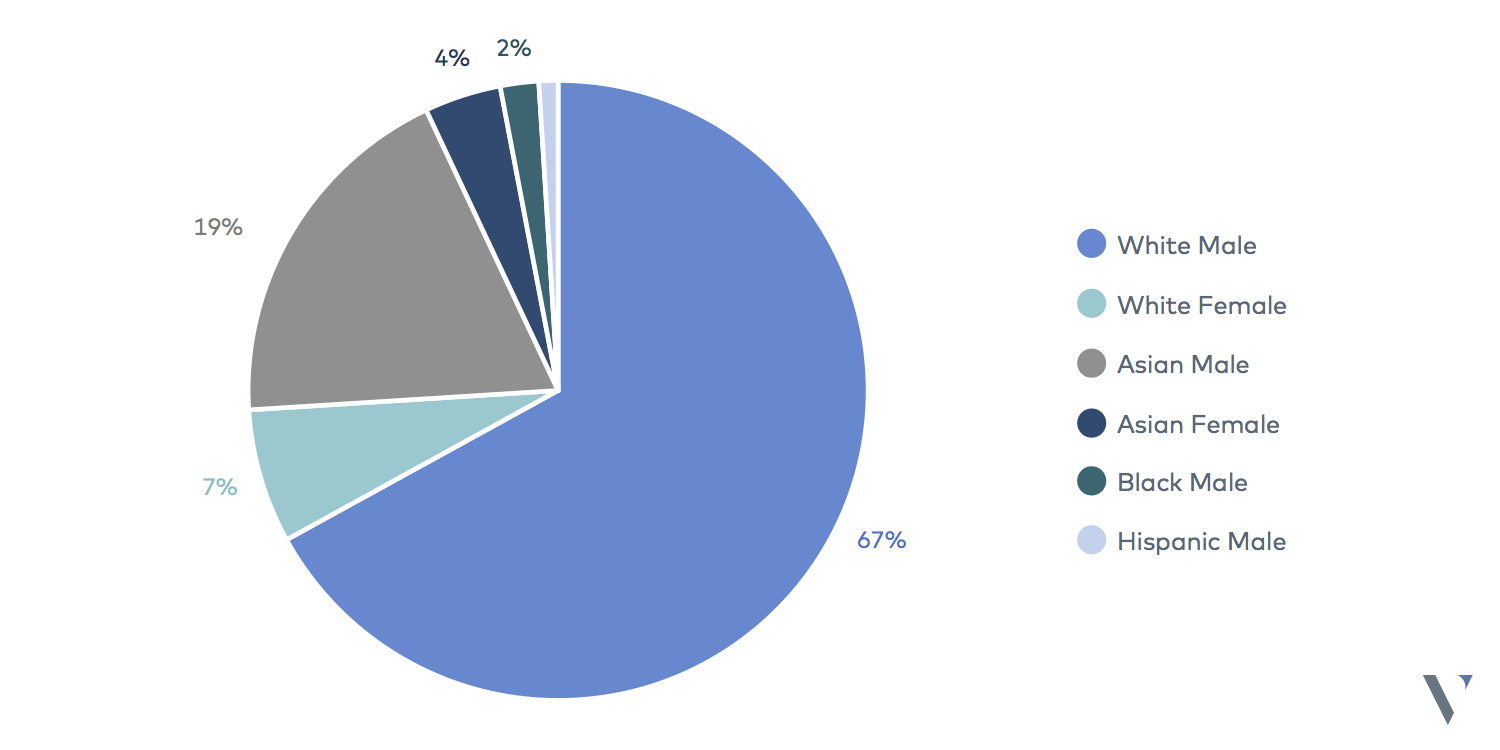 For those who are interested, the data for these charts can be found at Venture Capital Diversity Stats.

What is necessary to be a venture investor?

So what does it take to be a venture capitalist? People often point to the requirement of operational experience and/or an engineering background as to why they haven’t been able to hire a more diverse team. If we look at the success of folks like Reid Hoffman, Vinod Khosla and Peter Thiel (among many others), you might believe that to be true. 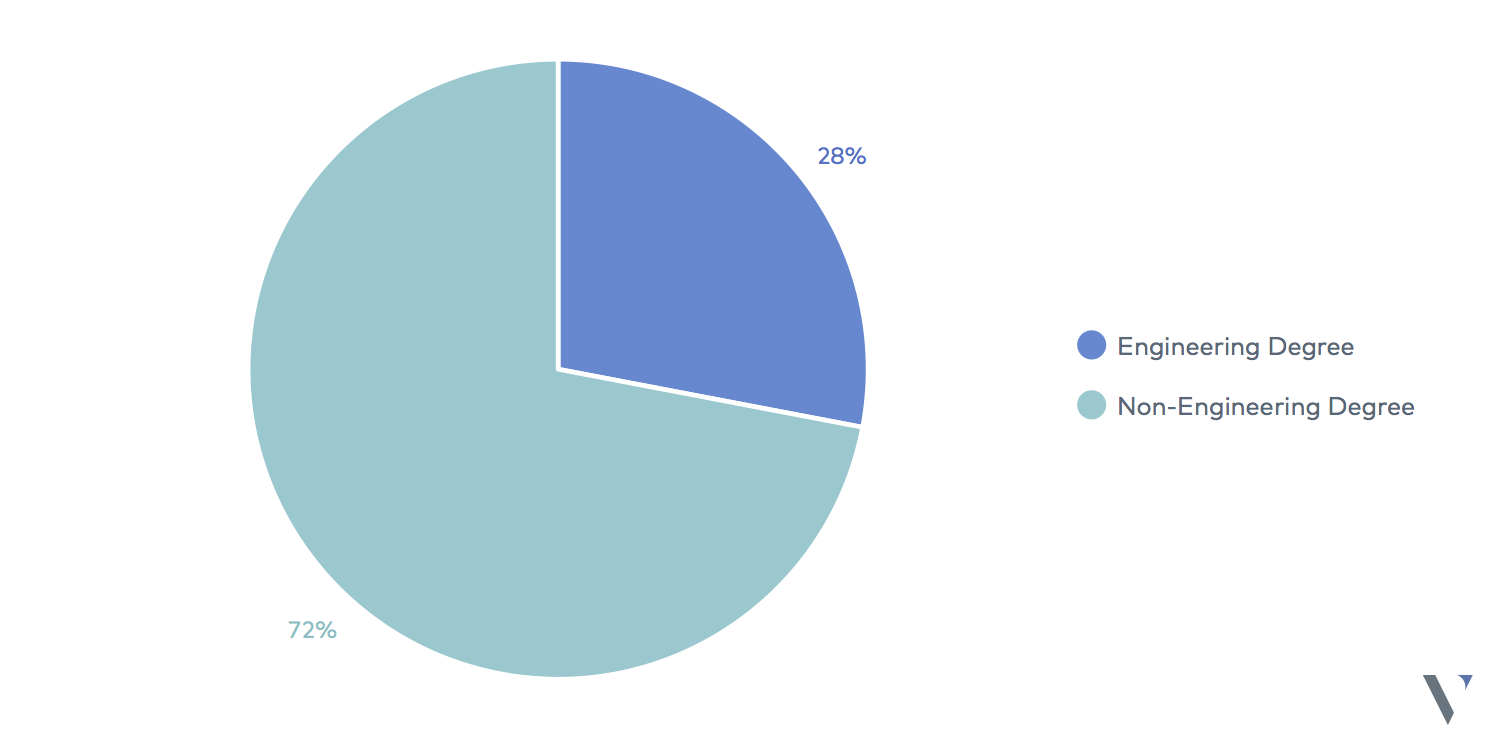 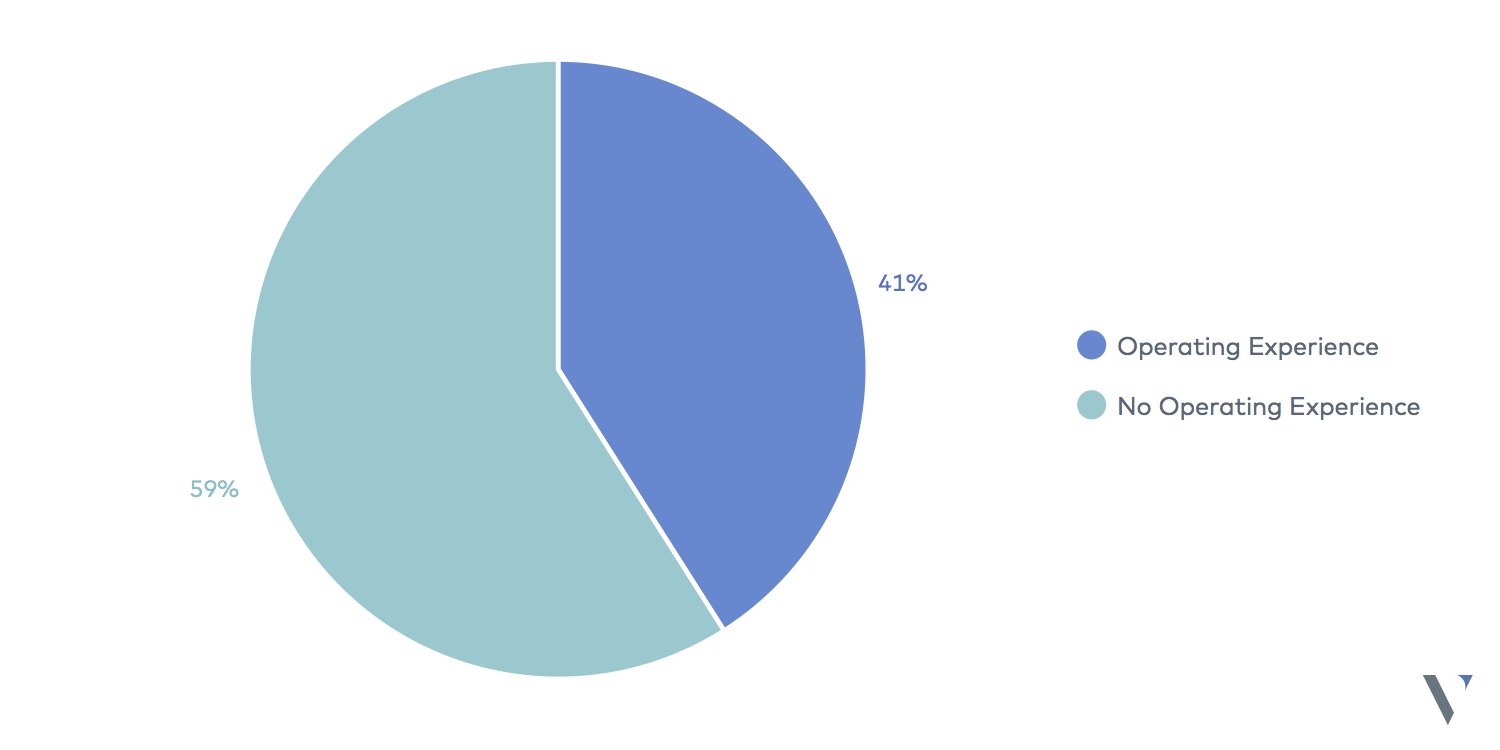 The data show that the majority of venture capitalists don’t have operational experience or an engineering background. Therefore, it is important to focus on what all of the successful people listed above have in common. They are all intelligent, curious, driven, hardworking and a slew of other positive superlatives. But most importantly, they were given an opportunity to become an investor and access to capital to make investments.

We should all care deeply about building a more diverse industry, because it will lead to improved performance, accomplishments and financial rewards for everyone involved. Study after study has demonstrated that teams that are more diverse lead to greater performance. (If you are interested in reading a few, take a look at these reports from McKinsey and Scientific American).

Given the dearth of racial diversity obvious in the numbers above, at least two questions arise. What accounts for these statistics and what actions would make venture firms more diverse?

First of all, realize that a person doesn’t need an engineering degree or to have had mega success as an entrepreneur to become a successful venture capitalist. To the contrary, there are standouts in this field who hold liberal arts degrees and other types of degrees, or who have never run a company — let alone had a billion-dollar exit.

What every venture capitalist does need are certain characteristics. An abbreviated list of those attributes would include ambition, curiosity and intelligence — traits that are obviously held by many people in every ethnic, racial, gender and socioeconomic category.

It is time for venture capital professionals across the country to take action: to initiate difficult conversations with colleagues, to brainstorm ideas and to keep demanding and working toward a more diverse ecosystem.