Considering this earnings report was all about appeasing Wall Street about Twitter’s growth and revenue prospects, this is a terrible sign. Twitter’s share price was down over 7% minutes after its Q4 2015 earnings were released before recovering a bit to be 3% down. 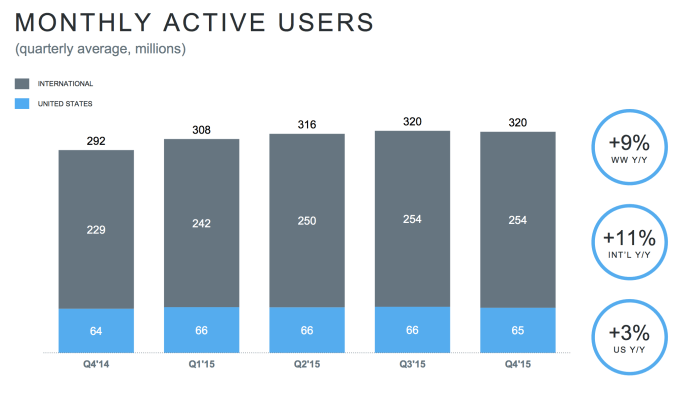 SMS Fast Followers typically come from developing world markets like Brazil and India. While getting users hooked via SMS could make the service more ubiquitous and enhance network effect, Twitter will need to eventually transition them to a version of its service where it shows ads.

For comparison, Facebook had blockbuster earnings in part because it’s managed to monetize the developing world, increasing revenue per user in its Rest Of World region by 29.8% to $1.22 in Q4, and quadrupling it since 2012. 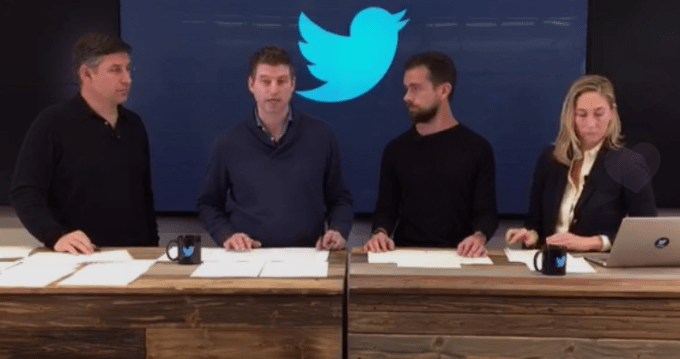 During the earnings call, CFO Anthony Noto said that daily active user count was flat and did not decline despite the core monthly active user decline. He insisted that this says “The users we lost from the MAUs were not as high quality”. He presumably means that since they only visited occasionally each month, they probably didn’t see many ads or drive much revenue or content creation for the service.

Noto partly blamed the core monthly user count decline on the fact that “We made a conscious decision to reduce the number of emails to dormant users.” He also said that Q4 is historically Twitter’s worst quarter and “this quarter was no different”.

Still, he says that engagement on the platform in the form of retweets, DMs, and other signals are positive. Plus, Twitter says that “As of the end of January, we’ve seen MAUs return to Q3 levels”, meaning core Twitter has risen back to 307 million. 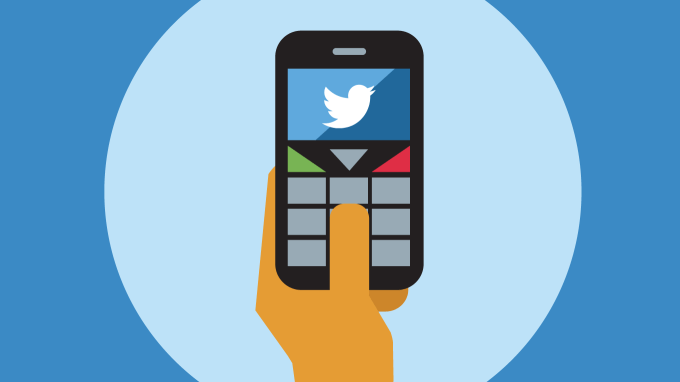 The decline in users of core Twitter means Moments, its big push to make Twitter more instantly compelling to new users and the mainstream, hasn’t moved the needle. Twitter even ran expensive television commercials promoting Moments. But it seems many people still think of Twitter as a niche product for news junkies and celebrity watchers.

We’re finally seeing all the years of poor new user onboarding and subsequent churn come back to bite Twitter. Even when it makes significant changes, many who signed up and couldn’t get the hang of Twitter won’t give it a second chance. Along those lines, today’s somewhat subtle change to the ordering of timelines might not help either.

Twitter may need a massive, instantly recognizable change to its fundamental mechanics to inspire growth. Otherwise, it will have to rely on making ads bigger, bolder, and more interruptive to squeeze more revenue out of each user it already has.

Perhaps the only truly bright point in Twitter’s earnings is that it’s succeeding at this.  It managed to raise its average revenue per user 35% this year from $1.48 to $2. Rather than trying to force growth, Twitter might be able to trade on the loyalty of long-time users by subjecting them to more aggressive advertising and hoping they stick around.