The company says it will use the new fund to expand into new markets. The service launched in fitness-obsessed Los Angeles and recently came to D.C. and San Francisco. Power Supply CEO and co-founder Patrick Smith tells me the company is now looking at “opportunities in cities that commonly land atop the list when folks think about size, wellness orientation, etc. Places like New York, Seattle, Chicago, Atlanta, Dallas and Miami.”

The fresh food delivery market is starting to look rather crowded, but Power Supply believes it has found a niche where it can thrive. The company puts a strong emphasis on healthy foods. “Three-fourths of customers tell us eating our food helps them trigger healthy choices in other parts of their life, sparking an upward spiral if you will,” Smith said. “That comes from a mindset and an offering that’s unquestionably health focused at its core — all meals sans gluten or dairy — for people who see food as an anchor to a better life.” 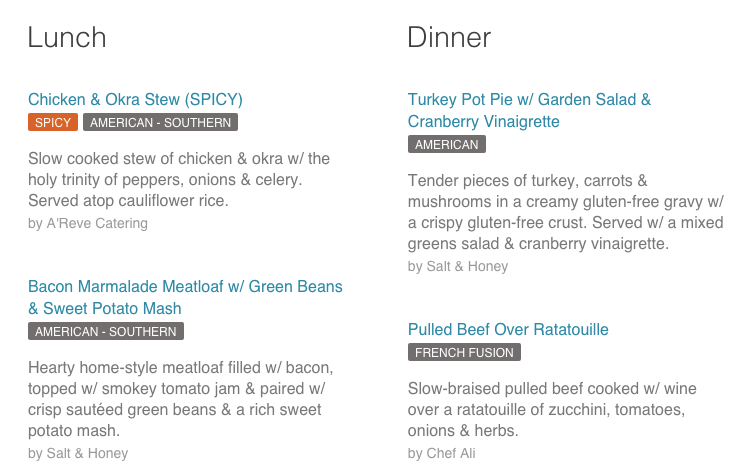 Unlike some of its competitors, Power Supply also bets on a large decentralized network of small-batch producers, including restaurants and caterers. “If you eat the same stuff from the same source a lot, you get bored,” said Smith. “And central production kitchens — the model for every other company in ready-to-eat meals — are particularly prone to everything starting to taste the same because there’s one overarching interpretation of food at work across the menu.”

One other twist to the company’s model is that it also delivers to what it calls “fitness community locations,” such as gyms. Smith believes that these are “communities that we’re part of and that we approach with a strong relationship-first bent. Someone seeking to ‘sell into’ this market without authenticity and the ability to serve will find an unreceptive audience.”

The company also hopes to use its new funding to improve its technology for matching subscribers with the right food for them (both in terms of taste and their health goals).

The company’s pricing varies slightly between markets, but in the Bay Area, for example, it charges $10.50 for a smaller meal and $13.50 for it’s standard meal (which should deliver somewhere between 450 and 600 calories). Like similar services, those prices are for recurring plans. You can opt for either three or five meals a week and start and stop them as needed. One-time deliveries will cost 5 percent more, and there is no delivery cost for having meals shipped to Power Supply’s pickup locations.